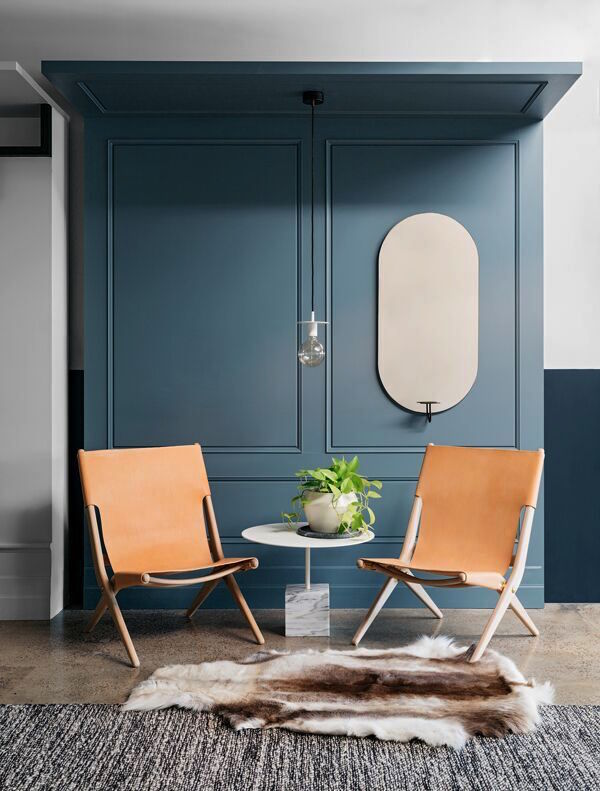 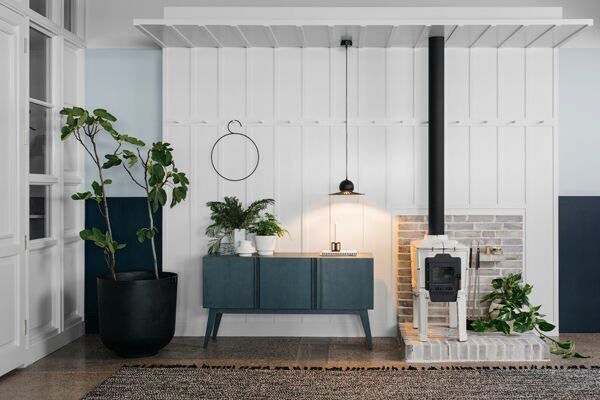 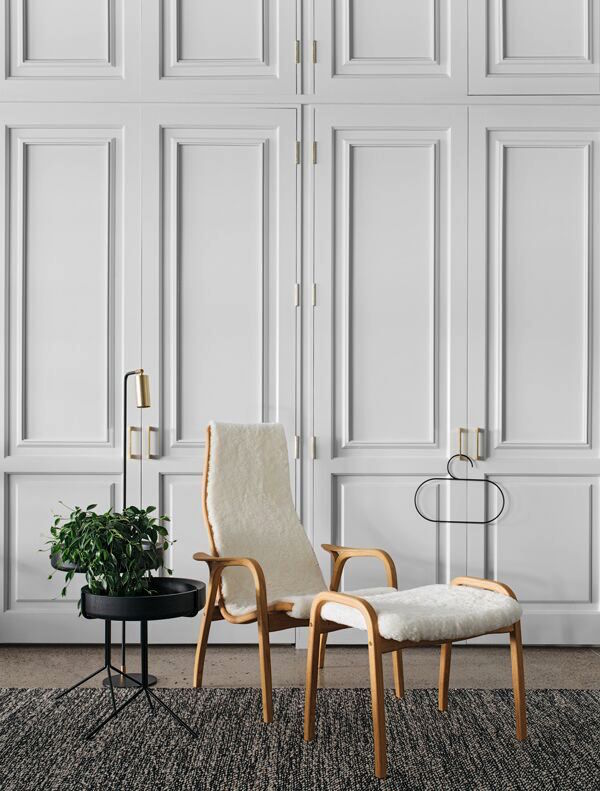 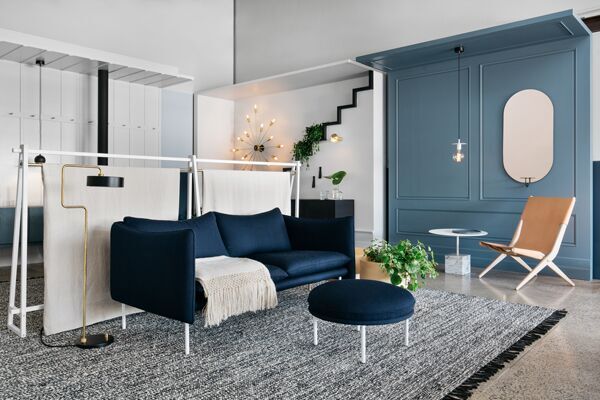 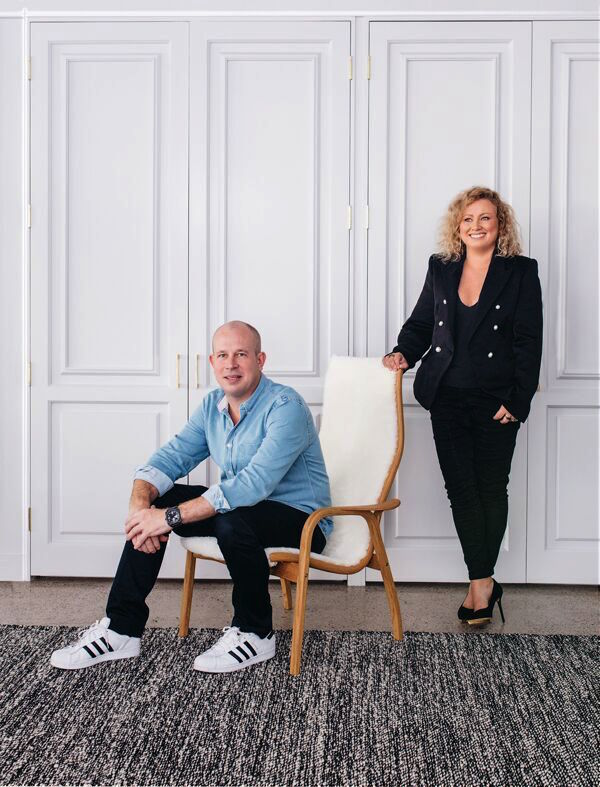 While Michael Liira has a strong appreciation for Swedish design, which has informed his working life for the past 16 years, his connection to that country is a personal one too. His mother’s family fled Estonia just before WWII and moved to the southern city of Helsingborg. His grandfather worked for the Swedish Merchant Navy while his grandmother made tennis shoes for the Swedish shoe brand Tretorn. “My grandparents always spoke very fondly about their time in Sweden, and this is where my love for Scandinavia began,” Michael says. While he was born in Australia, after studying science at university, with a major in marketing, he started Scandinavium with business partner Joel Schuberg in 2000 with a focus on importing Scandinavian design products.
In 2007 he began a new chapter in his relationship to Scandinavia, starting the furniture and homewares distribution business Fred International. It is a venture with his wife Melissa Walker who he met during the process of establishing the brand. She has extensive experience in advertising, after graduating with a degree in communications at the University of Canberra in 1994. Since launching they have established strong relationships with interior designers and architects while maintaining a retail presence too.
The latest incarnation for the brand is a new 200 square metre showroom in Sydney’s Rosebery. “With the new space we feel we are starting to give people a glimpse into what’s been in our heads for so long,” Melissa says. “We’ve known for years we wanted to build something with integrity and longevity. It takes time to form partnerships and relationships with the companies you represent and clients you sell to.”
Next up, they hope to open a showroom in Melbourne.
Which five words best describe you?
Michael: Passionate, thankful, funny, relaxed, dad.
Melissa: Passionate, collaborative, organised, Paleo (in theory).
How did you get your career start and what path have you taken since?
Michael: In early 2000, myself and a business partner, Joel Schuberg, began importing clothing from Sweden and Denmark. We were the first to introduce brands such Acne and cult denim brand Psycho Cowboy to the Australian and New Zealand markets. Being in Scandinavia regularly we gained a further appreciation for Scandinavian design. In the mid 2000s we moved away from the clothing industry to focus on furniture from Scandinavia. In 2007 I started Fred International. It has been a long process and we are now seeing the rewards for our hard work. There are excited times ahead for Fred International.
Melissa: Working in advertising, which taught me organisation, how to multitask and deal - or not - with people. I was always good at balancing the books and getting things done so although I’ve gone down that path I’ve managed to get myself as close to the creative process as I can. I love working with talented creatives and seeing the possibilities and the outcomes.
What’s the best lesson you’ve learnt along the way?
Michael: It has been said before, trust your instincts.
Melissa: You need to go with your gut instincts. You need to make strategic decisions, stick to them and keep moving forward. That you never give up. You just have to work through the hard times.
What’s your proudest career achievement?
Michael: As we have just recently opened our new showroom in Sydney, so opening the new showroom. We have created a space that makes you feel like you are in a Scandinavian apartment.
Melissa: Running two successful businesses and being a mum I’ve - somehow - finally managed the achieve a work/life balance with a bit of travel thrown in for good measure.
What’s been your best decision?
Michael: To align Fred International with the best manufacturers and designers in Scandinavia.
Melissa: Having Ella.
Who inspires you?
Michael: My wife Melissa Walker. She is an amazing business women. She always has views on business strategy different to mine. She is always right.
Melissa: Getting to work with immensely talented people who inspire you everyday. From the Scandinavian designers we represent to the Australian architects, interior designers and stylist who are literally incredible at what they do.
What are you passionate about?
Michael: Obviously Scandinavian design, my wine cellar and our beautiful daughter Ella.
Melissa: To be able to surround myself with beautiful design. I truly believe your life is uplifted when you are surrounded by beautiful things whether it’s furniture, art, fashion, food or people and places.
Which person, living or dead, would you most like to meet?
Michael: American modernist architect Pierre Koenig. I made contact with Pierre via email in 2002 and started conversations about drawing up plans for a home in Sydney. He was very excited because he did not have a house that he had designed and built in Australia. Pierre died in 2004 and regrettably the project never went ahead.
Melissa: How do you chose? I’d probably go for a strong creative woman like Coco Chanel.
What dream do you still want to fulfill?
Michael: To begin construction of our new home in Manly with interiors designed by Dana Tomic Hughes from Studio Yellowtrace. The brief was to “design something that has not been seen before”. From what we have shown so far, Dana has fulfilled the brief.
Melissa: Working with our favourite Australian interior designer, and friend, Dana Tomic Hughes to renovating our Manly home, which we’ve been planning for nearly five years now. We should be done by 2020.
What are you reading?
Michael: Mr Men books to our daughter Ella.
Melissa: For me - The life-changing magic of tidying up by Marie Kondo and for Ella - anything with princesses and fairies.