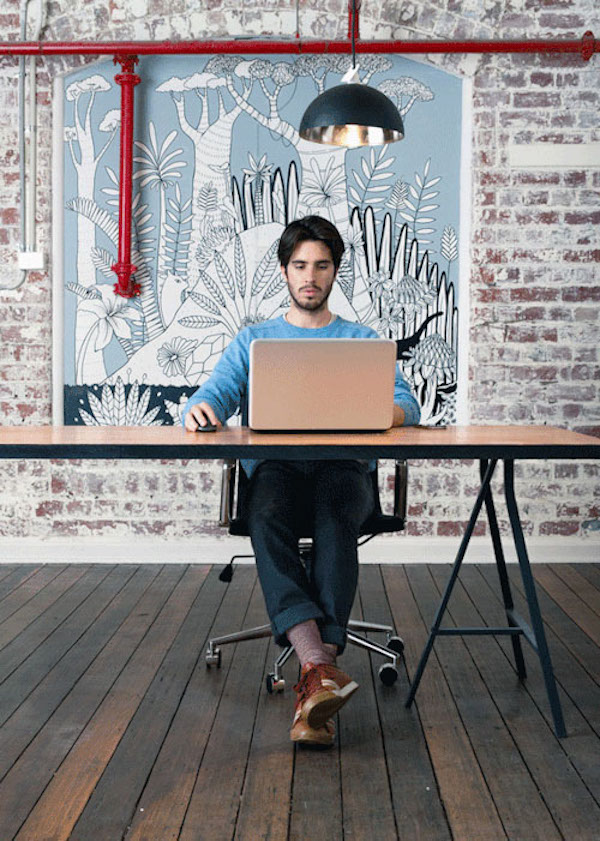 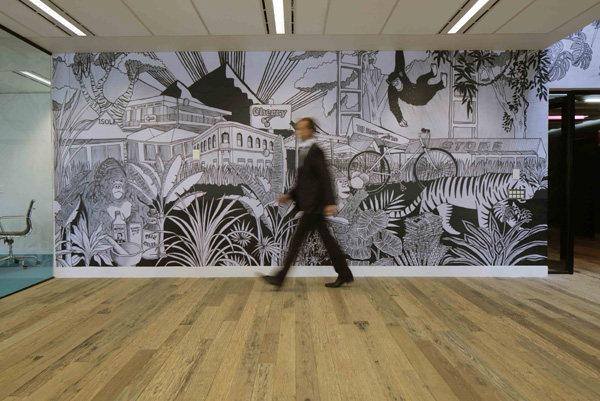 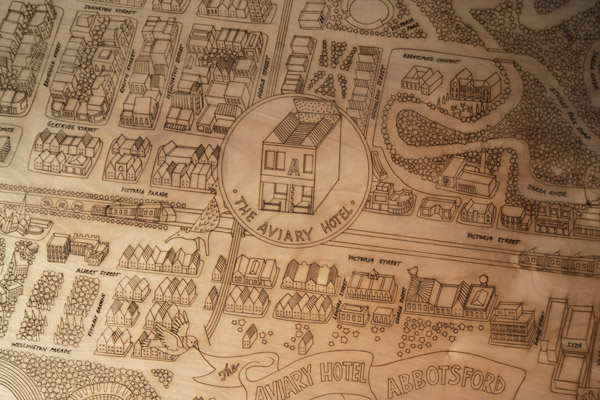 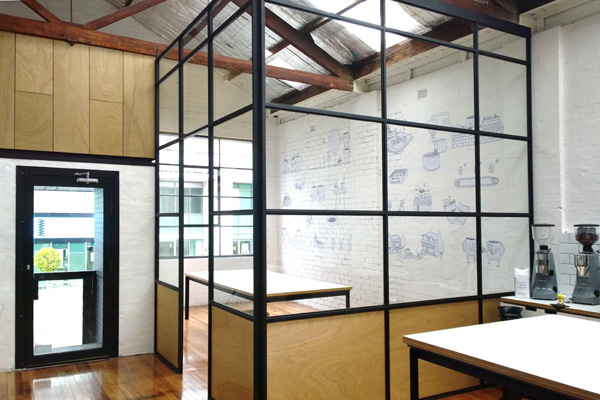 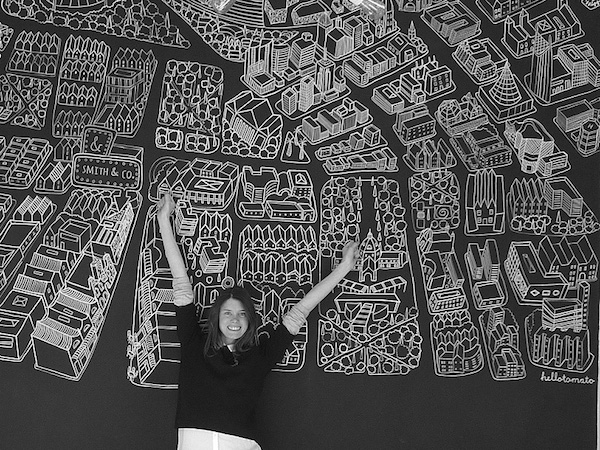 After growing up and studying in the UK, Sasha Heath took a big step in her life and career. She moved to Melbourne and set up an illustration studio Hellotomato in 2011. Her first mural was for The Hub on Bourke Street which lead to another work for Kinfolk Cafe downstairs and she’s been busy ever since. “I never thought I would become a mural artist,” she says. “It’s just naturally developed that way over the years.” Sasha enjoys working on this scale thought because it means that she can create arresting works. “You can create something that is totally out of this world, something that's never been created before and something that people can enjoy looking at,” she says.
Which five words best describe you? Adventurous, imaginative, bubbly, driven, passionate.
How did you get your career started and what path have you taken since? I have always been interested in art, illustration and animation since I was a little girl. My father used to take wildlife photographs in Zambia. I loved looking through his photos and listening to him regaling stories of times when he was surrounded by lions or charged by rhino. My imagination was taken over by African animals that drawing them became my favourite pastime. My grandfather was a watercolour artist, and I used to spend ages looking at his paintings with a magnifying glass. I was captivated by his use of strokes and detail, which made me want to study art further. I first studied animation at university as I had always wanted to work for Disney. I quickly realised that I enjoyed spending hours on one image rather than numerous so I changed uni and studied illustration instead. After my BA I went on to do a Masters in Communication Design. I moved to Melbourne in 2010 where I met my partner and after a few years started my freelance illustration business called hellotomato.
What’s the best lesson you’ve learnt along the way? Freelance illustration is what I am most passionate about although sometimes it’s quite difficult financially and you tend to work on your own most of the time. If I could give anyone advice I would say: be yourself, be confident in what you do, do what you love and work at it even if sometimes it can feel like a struggle.
What’s your proudest career achievement? The proudest moment would probably have to be being sponsored by The City of Sydney to design an art piece on a rhino sculpture, which at auction raised over $12,000 for rhino conservation.
What’s been your best decision? Moving to Melbourne. I don’t think I would have been able to do anything I’ve achieved here back in the UK. Moving over to the other side of the world is hard though. I miss my family and friends, the history and wildlife but Melbourne has got a lot of great qualities and I have met some wonderful people here too.
Who inspires you? Aryz, Tom Gauld, James Jean, Kozy and Dan and James Gurney are some of my favourite artists. There are a number of local artists who also inspire me. Some of these include Laura McKellar, Creature Creature, Lauren Carney, Cat Rabbit, Ask Alice and Printspace.
What are you passionate about? Art and design, working with my hands the old-fashioned way. I like traveling and seeing new places. I enjoy learning about history and ancient civilisations. I also love wildlife and being surrounded by nature. Rowing along a river is also great fun.
Which person, living or dead, would you most like to meet? James Gurney who wrote and illustrated the Dinotopia story books. I have always liked his artwork since I was small. I have been in contact with him several times and he's always replied within a day. I would love to watch him paint in action; his watercolour paintings are stunning.
What dream do you still want to fulfil? I have always wanted to travel on horseback across Mongolia sketching what I see. The only problem is I don’t really know how to ride a horse!
What are you reading? When I’m working on an illustration I like to learn something new at the same time, which is why I’ve been listening to Bill Bryson’s audio book At Home, which explains the history of domestic life. It’s about 17 hours long but it’s fascinating to learn where terms for things around the home came from.
images courtesy of sasha heath