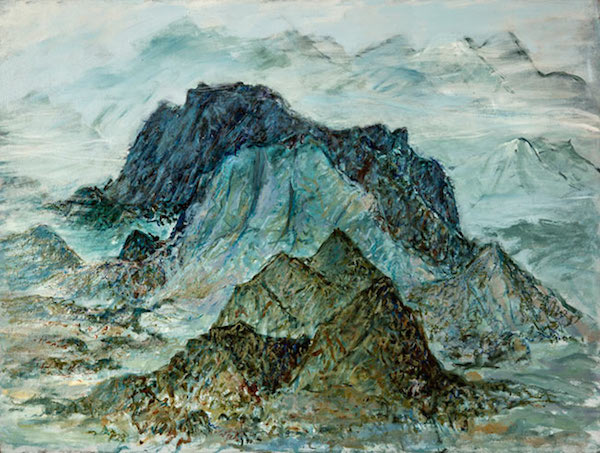 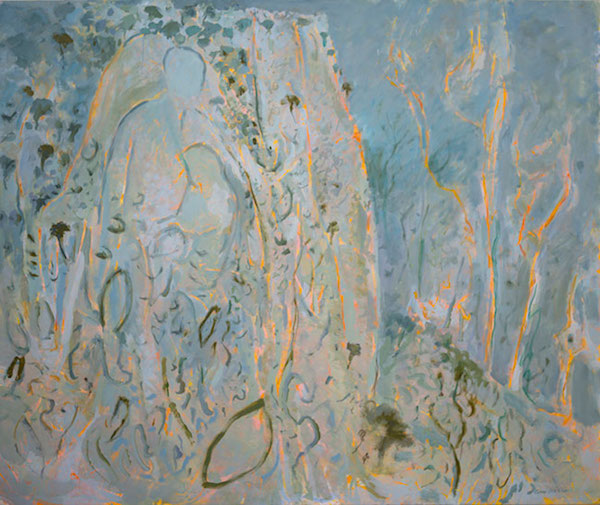 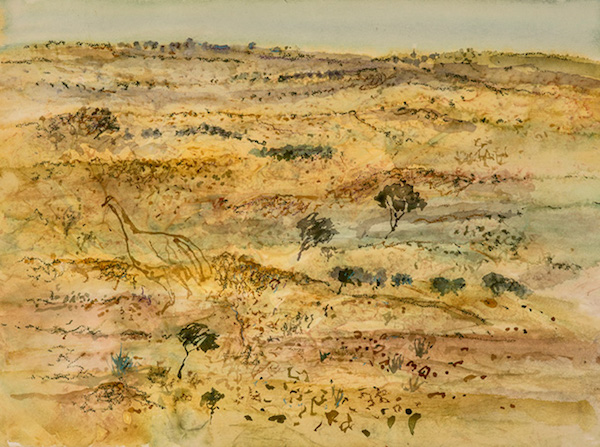 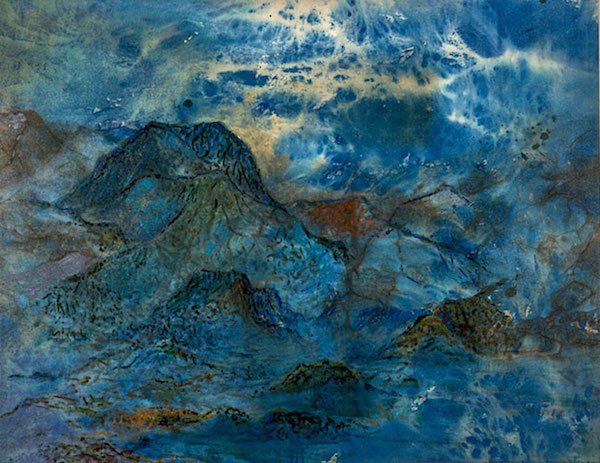 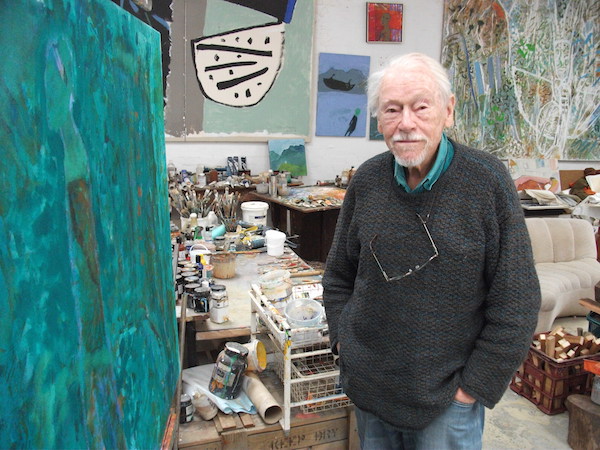 “At the age of 94 I’ve been around a long time so it follows that I’ve had many great experiences, personal, visual, emotional, etc, which have all contributed to the images which eventually surface in paintings,” says artist Guy Warren. He left school at aged 14 because his family was suffering from the effects of the Great Depression and took a job as a proofreader’s assistant on The Bulletin weekly newspaper. “I became fascinated by words and art,” he says. At aged 21 he joined the AIF and served for five years in Australia and New Guinea. “I was greatly impressed by the physical beauty of New Guinea and the people who live there, and fell in love with rainforest/jungle landscape,” he says. Guy served for a couple of years on the island of Bougainville and during this time completed a series of drawings and watercolours of the landscape and the people, as well as his friends and Japanese prisoners. Many of these artworks are now in the Australian War Museum art collection.
Following the war he studied at the National Art School, Sydney, married and lived in London for eight years while studying part-time and working. When Guy returned to Australia he taught at the Faculty of Architecture at the University of Sydney and was director of the old Tin Sheds experimental art workshop. He was also invited to join the planning committee for the Sydney College of the Arts and joined the staff as an inaugural director and later became the head of painting for 10 years. Over his career, Guy has won the Archibald and had his works acquired in various collections around the world, including the National Gallery of Australia and The British Museum. In 2013 he was awarded the Australian Medal.
His latest exhibition - Dust of Memories - is the result of travels over the past 18 months to Ecuador, across the Nullarbor, as well as time spent near Alice Springs and Broken Hill. The show will run until 4 October at Olsen Irwin.
Which five words best describe you? That question should be answered by someone else, not by me.
How did you get your career start and what path have you taken since? I never thought of it as a career path. It’s simply a path one stumbles blindly along. The act of making a mark on a flat surface is a primal urge. One knows that’s what one has to do.
What's the best lesson you’ve learnt along the way? To trust one’s intuition.
What's your proudest career achievement? To have works collected by major museums in Australia and abroad.
What's been your best decision? To marry a beaut woman with intelligence, tolerance, a good sense of humour and with shared interests.
Who inspires you? Every great painter who came before me.
What are you passionate about? Tolerance and compassion to one’s fellow human beings.
Which person, living or dead, would you most like to meet? Any of the great painters. Matisse wouldn’t be be a bad start. But I’d settle for Rembrandt.
What dream do you still want to fulfil? Too many to list here. Perhaps a really fantastic painting, still to come? Learn a second language? Become a jazz musician?
What are you reading? Right now I’m browsing again through the sonnets of Shakespeare. Not sure why.  Probably just picked it up.
images courtesy of guy warren and olsen irwin gallery