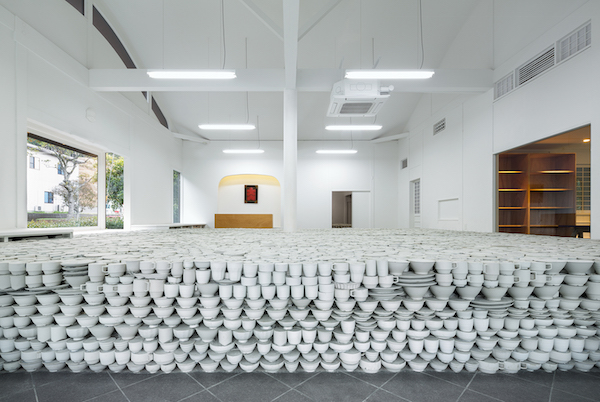 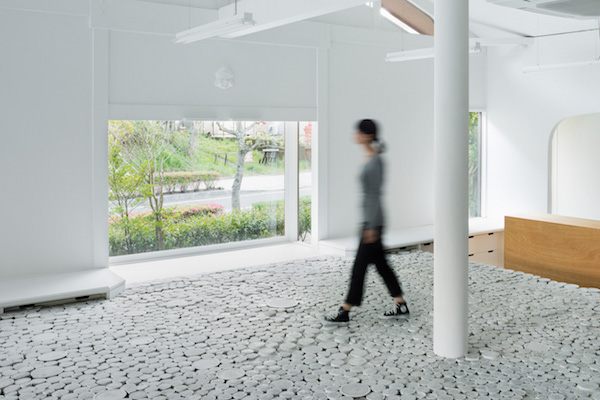 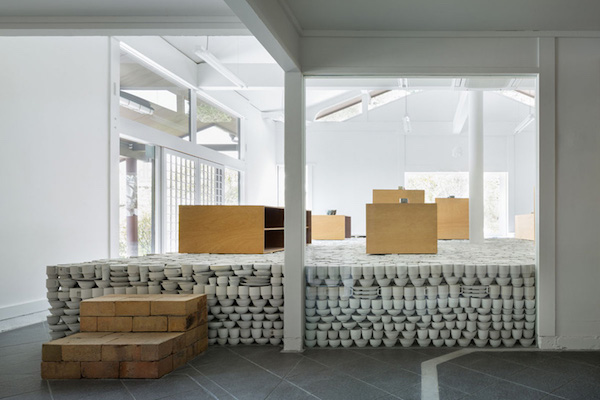 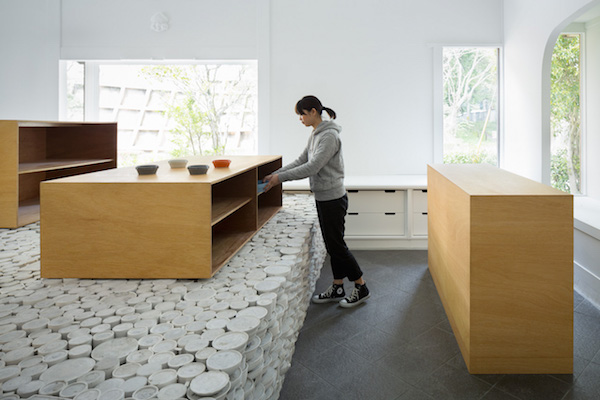 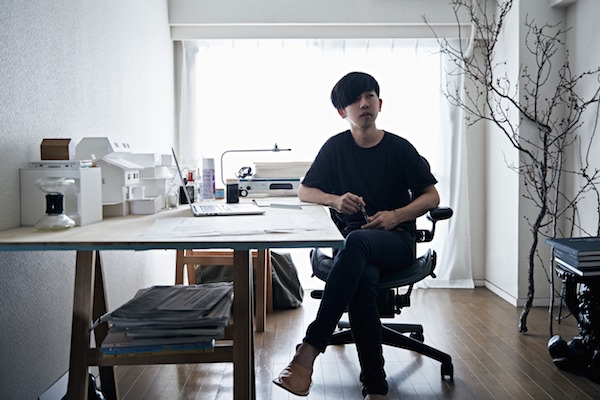 Tokyo-based designer Yusuke Seki has garnered a lot of publicity for what is one of his favourite projects to date. He was commissioned to remodel the Maruhiro ceramics flagship store in Hasami, a town that has an association with pottery that goes back about 400 years. Yusuke transformed 25,000 pieces of tableware - discarded due to imperfections - from the local factories into a durable, functional piece of retail design. As part of the process, he had each cup and bowl filled with concrete to create “bricks” and made a surface that’s strong enough to walk on. Since starting his own design studio in 2008, he has created a variety of spaces that reinterpret spaces. In the past he has worked with corporate clients including Sony and Dyson, and he has exhibited at the Milan Salone as well as the Stockholm Furniture and Light Fair.
Which five words best describe you? Honest, chaos, rebellious, break-through, progressive.
How did you get your career start and what path have you taken since? Even when I was studying at Space Design Department, I was into fashion and went shopping all night long or made and sold hand-printed T-shirts. It sounds silly to spend all night queuing for a T-shirt but I found that I had an emotional attachment to products. This experience still influences me. Also, when I was working at an architectural studio, I was also creating my own design work, and was invited to Milan Salone. So it might be that I have a habit of wandering from the main path.
What’s the best lesson you’ve learnt along the way? Meeting new people always provides lesson to me. Sometimes it mirrors things to myself and it can help to guide me when I am wandering and lost.
What’s your proudest career achievement? If I was to pick one as an example, it would be the latest project at the Maruhiro flagship store [pictured above], although my role was only for the interior design. I am proud of creating a process that integrated different parts of Hasami. And the presence of a renewed store became a trigger to connect the town’s history to its future. This is a good example of what I would like to have happen with projects - for them to influence to towns and cities.
What’s been your best decision? The art university I went to at Kanazawa. Meeting the people I did there has given me the personality I have today.
Who inspires you? Malcolm McLaren - it was big news when he passed way so he was an influential person in Japan as well. For me, I was influenced by punk culture, which he lead and was an icon.
What are you passionate about? I am influenced by the challenges that my friends face and their attitude towards them. Their passion helps me to move forward, and chase with them.
Which person, living or dead, would you most like to meet? The dog I used to live with that passed away.
What dream do you still want to fulfil? I would like to leave my creations as traces in many cities around the world, and share and explore new attitudes and values with various people around. The challenge is also to explore the possibilities of design and the role of architecture.
What are you reading? Edogawa Rampo.
images courtesy of yusuke seki; portrait yosuke owashi