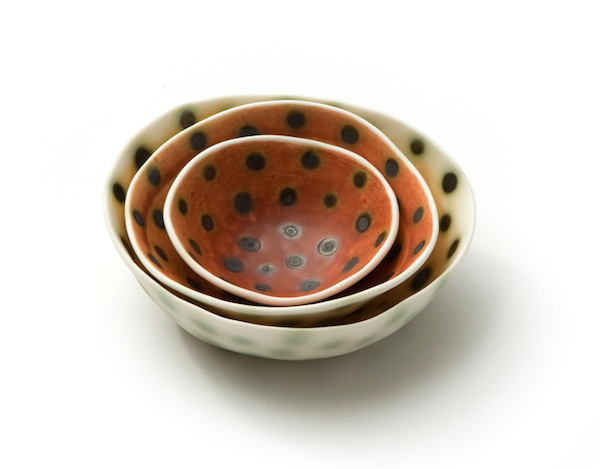 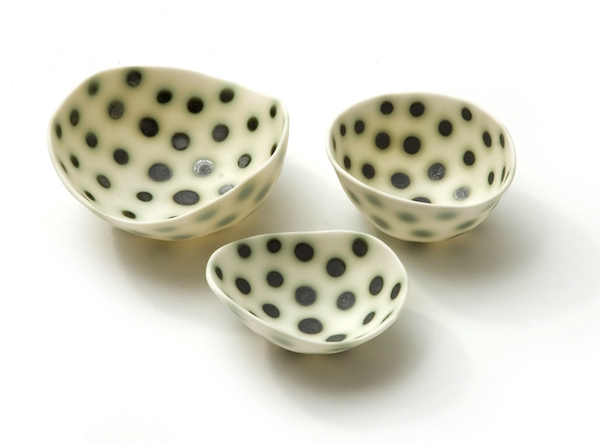 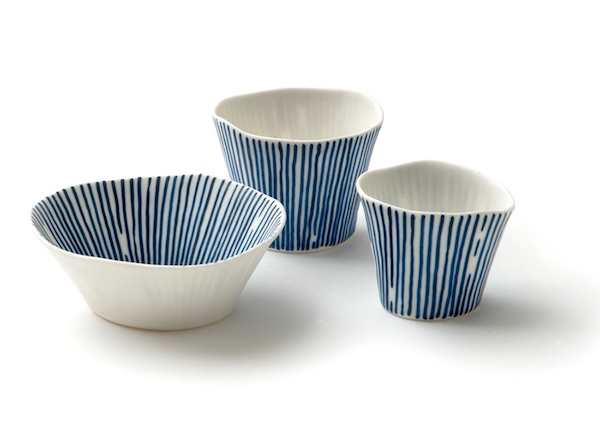 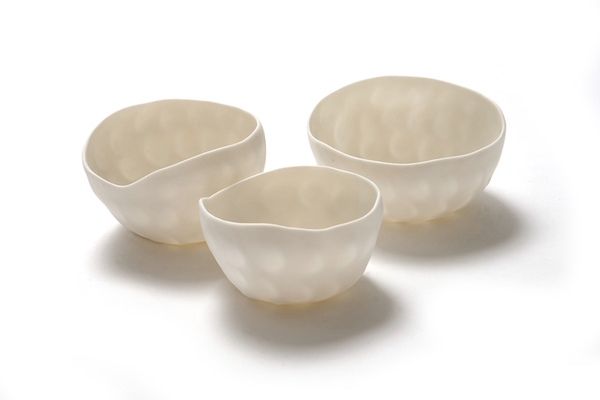 “From an early age I made, knitted, sewed and embroidered but to me these things were ephemeral and ‘use-less’,” says Sandra Bowkett. However, it was when she was introduced to ceramics towards the end of high school that she felt she had found a medium that provided a balance between creativity, craft and being ‘use-full’. Since then Sandra has won prizes, residencies and exhibited extensively. “It is a slow unfurling meandering path of small steps,” she says. Sandra, who lives 1.5 hours north of Melbourne, spent three months in India in 2012, as part of an Asialink Residency and has spent over 10 years working with potter communities in Rajasthan. She has used her experiences as the basis for the cross-cultural Crosshatched project.
Which five words best describe you? A gleaner, resourceful, determined, focused, and my partner says, caring.
How did you get your career start and what path have you taken since? Completing a ceramic course, and from then moved along with whatever seemed appropriate for the time. Early studio on my parent’s farm, 1980s travel, teaching, Melbourne studio, more travel, 1990s Geelong studio, lifetime partner and son, Kimberley years, return to Victoria 2000s settling in present home and studios and focusing on a ceramic practice, interspersed with more travel and the last 13 years a commitment to working with traditional Rajasthani potters.
What’s the best lesson you’ve learnt along the way? Create something from where you are and don’t compromise your work, for me it has never been successful, ie, sold.
What’s your proudest career achievement? Standing with a group of Rajasthani Traditional potters in front of our sculpture Stacks in Balance at the opening of the Australia-India Council exhibition in New Delhi Undarta, for a photo opportunity.
What’s been your best decision? To resign from teaching and more recently build a wood-firing kiln.
Who inspires you? The big picture, Those who stand for social justice in the face of personal adversity, eg, Malala Yousafzai. Day to day, these women, who have little choice, conduct their life with dignity and acceptance, ie, the women (daughters-in-law) of the Traditional Rajasthani pottery families I know.
What are you passionate about? People having access to and using “the handmade” woodfiring and hanging out in India.
Which person, living or dead, would you most like to meet? Too hard... Kabir.
What dream do you still want to fulfil? Have a fully solar-powered studio at home and speaking Hindi fluently.
What are you reading? Darjeeling: A History of the World’s Greatest Tea by Jeff Koehler.
images courtesy of sandra bowkett