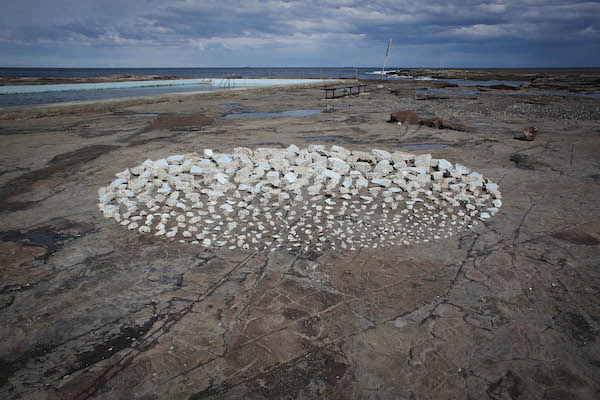 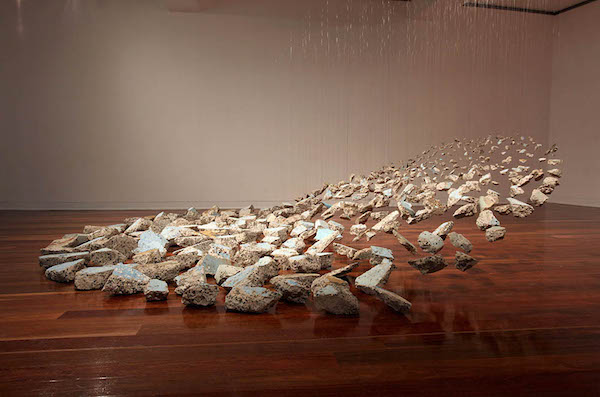 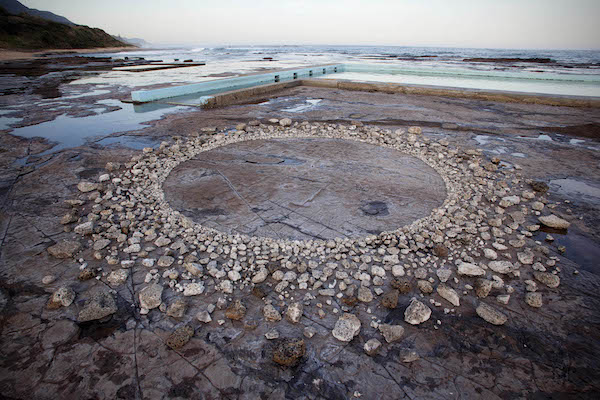 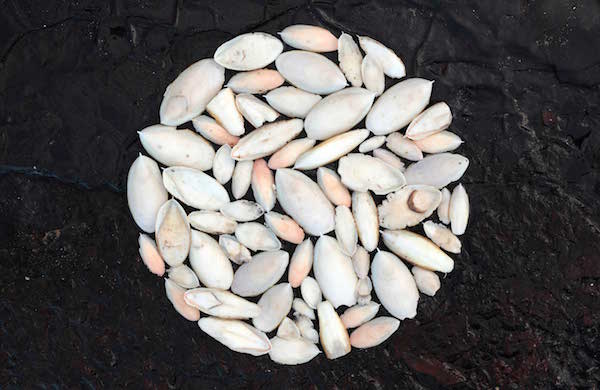 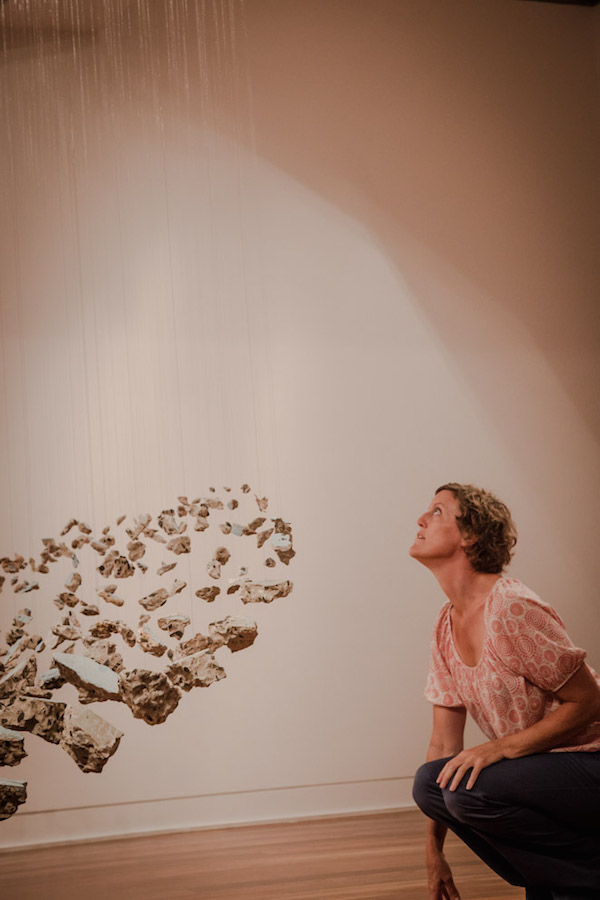 Introducing a new series of interviews on Daily Imprint, while the crew behind it are travelling overseas for the next month [pics on Instagram @nataliewalton and @theindigocrew]. Revisiting some original and popular interviews from the site over the past eight years - the blog was launched 9 June 2007, and relaunched almost a year ago.
The first update in the series is on artist Lizzie Buckmaster Dove.
An interest in walking near her local sea pools set off an idea in the mind of Australian artist Lizzie Buckmaster Dove [interview]. She had been collecting fragments of it over the years but when she learnt that the pool was going to be resurfaced Lizzie was able to salvage a collection of pieces which became the Alchemy of Blue and was exhibited at Wollongong Art Gallery in 2013 and was partly funded by the Australia Council. “It has really changed the way I work in terms of materiality, scale and methodology,” she says. “I am taking longer and longer to make work and getting less and less commercial,” Lizzie says. “It’s just how it is.”
“One of the things I’ve learned is that my creative life has a will of its own,” she says. “I’m not really interested in repeating works so when I feel as though I’ve fully investigated something, I move on. It’s almost an anti-branding of myself though I do think a sensibility moves through all my work and I am moved when others see this too, especially if a work appears vastly different to one preceeding it.” She will be exhibiting at Maitland Regional Gallery as part of a group show from June 27 to September 7. Lizzie will also be showing some of her “moons” photographs.
The original interview:
How did you start creating these 3D paper works? I have always been fascinated by the tactility of paper and can’t remember when I wasn’t making collages. At art school I was exposed to many mediums and this resulted in my making assemblage pieces combining both paper and object. From this I left the objects behind to focus on creating the three-dimensional aspect through paper. Eventually this led to me working with books, at once object and paper, the perfect medium.
Where do you get your inspiration? I am like a bowerbird looking for anything blue – I am all eyes and ears, looking for that which I can filter into my work. Most recently I have been enjoying looking at taxidermy and insect collections. In London I visited The Hunterian Museum, which has a wonderful collection of animals, and parts of animals preserved in formaldehyde in glass jars. I love the language of the presentation, the jars, the boxes and cases and the ideal that this presentation allows an understanding of how the world works and how all its separate parts interrelate, that to name is to know. It leaves so much out, the unseen, the invisible, there is no spirit within these things, and life has gone someplace else. But they mystify me. Instead of finding it morose, I am fascinated. In the Auckland Museum there are deep drawers containing large native New Zealand birds. They are completely still, the life gone out of them and their wings curtailed. They lie as if in funereal robes on their backs, their wings pressed to their sides. In the same vein, I love botanical illustration and Victorian illustration. My current work deals mostly with Australian natives and is in response to nine years away and my return to Australia a year ago so simply being in nature is a feeding ground for me.

How long does each one take? The time taken to complete each work varies enormously.

What are you working on now? I am working toward a solo show at NG Art Gallery in Sydney in May.

Who inspires you? I am inspired by a wide range of people and mediums, but the specific artists I draw most inspiration from are Cornelia Parker, Rachel Whiteread, Joseph Cornell, Leonora Carrington, Fiona Hall, Shona Wilson, Doris Salcedo, Kiki Smith, Anish Kapoor and recent discoveries (New Zealand artists) Andrea Chandler and Chelsea Gough among many others.
images courtesy of lizzie buckmaster dove