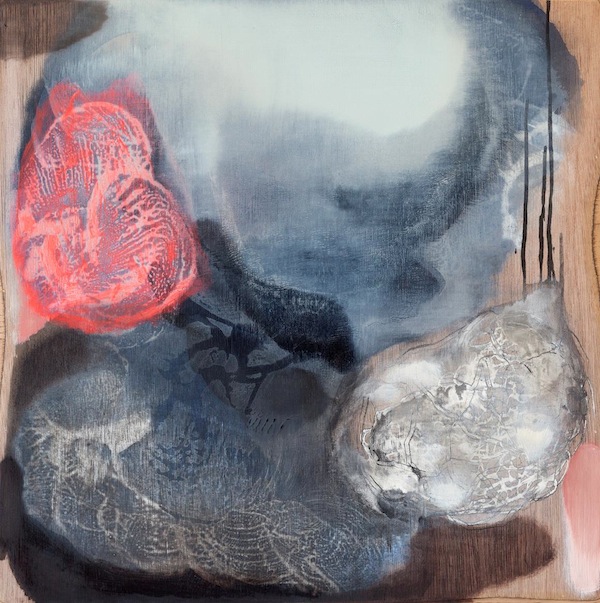 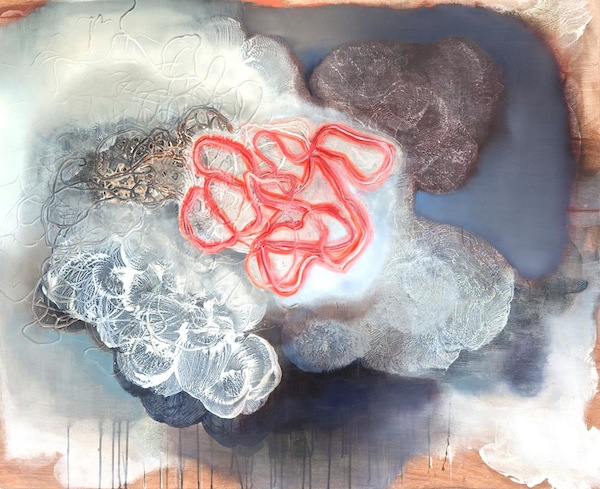 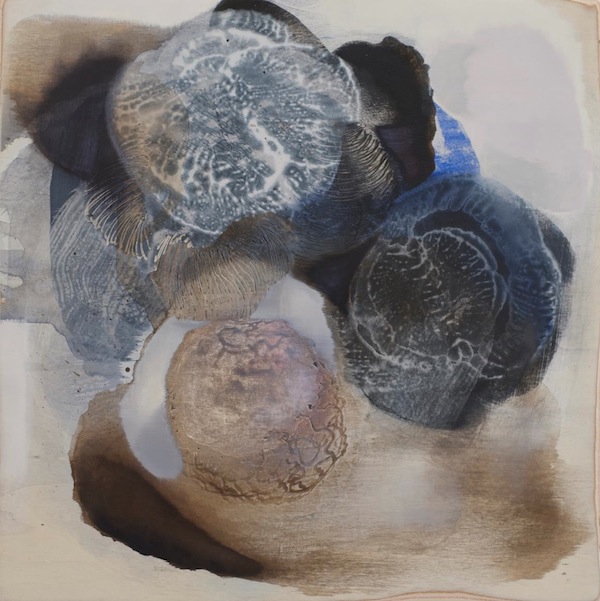 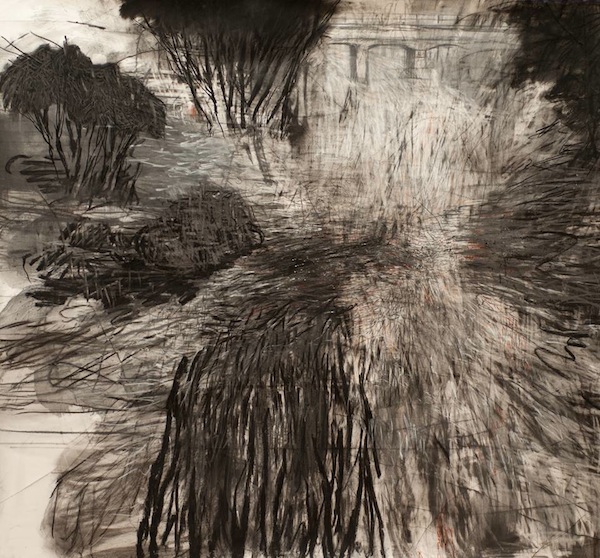 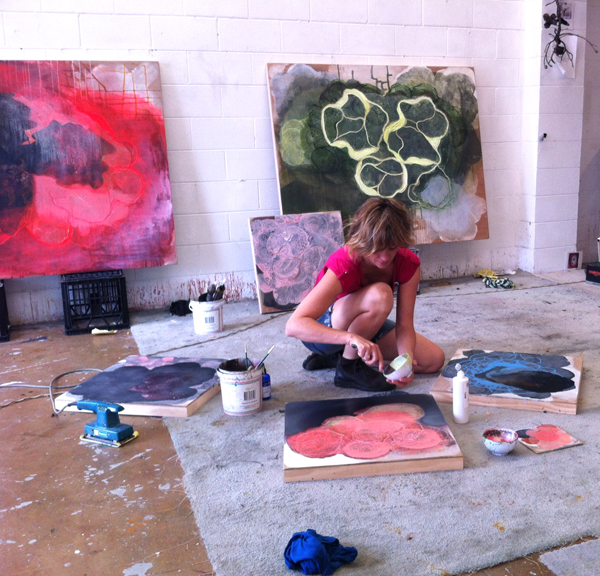 “Making art is the predominant way in which I make some sense of the world and my place in it,” says Sydney born and raised artist Emma Walker. “Being an artist was not really a choice for me. It was always there.” Painting has always given her an immense feeling of satisfaction, she says. It has also been her primary occupation since graduating from the National Art School in 2000 with a Bachelor of Fine Arts, after completing a Diploma of Fine Arts in 1993. At the end of last year Emma was named as a the winner of the Jacaranda Acquisitive Drawing Award, only the second female artist to win the JADA in 16 years. She is represented in Melbourne by Flinders Lane Gallery and Sydney by Arthouse Gallery, where she will exhibit Intimate Immensity from May 7.
Which five words best describe you? I don’t know if they best describe me but these would certainly be a start: tactless, tall, passionate, moody, loving.
How did you get your career start and what path have you taken since? My career started when I held my first texta and made that blue/green painting that hung on the back of the kitchen door, with a potato stamp. But apart from that, I suppose that my career started after I finished art school. I was pretty cocky and certain of my prospects, so I marched into what was my favourite gallery - King On Burton - and left them with some examples of my work. Three days later, I disappeared overseas for six months after the sudden death of my father. When I returned, very chastened and in a completely different state of mind, and went to pick up my photos, the gallery offered me my first show. I have always felt enormously grateful that they saw something in my work even if it was rough and fairly undeveloped at the time. They gave me a great opportunity.
What’s the best lesson you’ve learnt along the way? To trust in the process and always keep experimenting, learning and being surprised. Trusting the process appears to be a lesson that I have to learn over and over. But I am pleased to report that each lesson does seem to get shorter as time and experience gradually accumulates.
What’s your proudest career achievement? Winning the JADA - Jacaranda Acquisitive Drawing Award, judged by John McDonald - was certainly a highlight. But the privilege of having exhibitions in beautiful galleries is always a source of pleasure and pride.
What’s been your best decision? To have children and to keep playing with paint.
Who inspires you? On a good day, everything inspires me. Being alive, the sound of my heartbeat, the scent of summer rain on dry soil, the ever-changing weather, the tides, the ocean, music, music, music, literature, my parents, my sisters, my children, my lovers, friends, poetry, love, loving, conversation, travel, being alone in foreign cities, learning, silence, sleep, art galleries, philosophy, science, cinema, teaching, nature, walking, singing, dancing, listening, day dreaming, writing, thinking, feeling, swimming, navel and star gazing, laughter, psychology, photography, words, drawing, dictionaries, art supply shops, stationery shops, hardware shops, beer, empty rooms, rain, sunset, meteor showers, quantum physics, colour, patterns, lines, shapes, bodies, relationships, gardening, dreams, memories, reading and lists like this.
Oh… I just realised that you asked “who”…
In no particular order:
Louise Bourgeois, Pablo Neruda, Jorges Luis Borges, The Necks, Terry Winters, Anish Kapoor, John Peart, Elizabeth Cummings, Ann Thompson, Brice Marden, Bob Dylan, Nick Cave, Michel Gondry, Wim Wenders, Oliver Sacks, Tom Waits,  Bjork, Meryl Streep, Bill Murray, The Rolling Stones, Bill Callahan, Jill Bolte Taylor, Guru Nitya Chaitanya Yati, Bonnie Prince Billie, Prince, Siri Hustveldt, my parents: Edda and Jimmy Walker, Tim Winton, Henri Cartier-Bresson, Masao Yamamoto, Mark Rothko, Vincent Van Gogh, Peter Doig, Richard Diebenkorn, Jo Bertini, Jospeh Beuys, David Nash, Fred Williams, Cy Twombly, Gerhard Richter, Frank Auerbach, Frida Kahlo, Roni Horn, Sigmar Polke, Georgio Morandi, Willem De Kooning, John Olsen, Paul Kelly, Eva Hesse, Henri Matisse, Rickie Lee Jones, Ildiko Kovaks, Gustav Klimt, Pierre Bonnard, Auguste Rodin, Brett Whitely, Rembrandt van Rijn, Johanne Sebastian Bach, Richard Serra, Christine Willcocks, Chuck Close, Mimmo Palladino, Francesco Clemente, James Turrell, Karl Blossfeldt, Ben Nicholson, Milton Avery, Ian Fairweather, Anselm kiefer, James Guppy, Agnes Martin, Olafur Eliasson, Andrei Tarkovsky, Leonrardo Da Vinci, Amy Sillman, Alberto Burri, Helen Frankenthaler, Dan Flavin, Antoni Tapies, Antoni Gromley, Pablo Picasso, Michelangelo Buonerotti, Maya Lin, Ai Weiwei, Jean Dubuffet, Andy Goldsworthy, Gustave Courbet, Peter Sharp, Ross Bleckner, Kiki Smith, Martin Sharp,  Michael Cusack, Brett Macmahon, Robert Ryman, William Scott, Robert Rauschenberg,  Pina Bausch, John Baldessari, Emily Kame Kngwarreye, Robert Hirschman, Bill Traylor, Marcel Duchamp, Lloyd Rees, Euan Macleod, Jenny Sages, Alfred Wallis, Micael Borremans, Richard Tuttle, Franz Kline, Joan Mitchell, Frank Lloyd Wright, Frank Ghery, Rhys lee, Alan Jones, Wolfgang Laib, Robert Motherwell, Bill Hensen, Marlene Dumas, Banksy, Wendy Sharpe, Chiharu Shiota, Meredith Crowe, Philip Guston, John Cage, Marina Abramovic,  Ann Lewis…
I am going to have to stop. But this list could go on a lot further. It would contain many more writers, musicians, actors and film makers.
What are you passionate about? All of the above.
Which person, living or dead, would you most like to meet? Louise Bourgeois.
What dream do you still want to fulfill? I would like to live a long life that allows me to realise my full potential and witness the same in my children. I would like to love without boundaries. I would like to die at peace after reflecting on a life that was crammed full of experience, love, learning, pain and joy.
What are you reading? I am reading many things. Some I will finish, others I will skim. Here is a selection:
Junkie By William Burroughs
Under Wildwood (to my son) by Colin Meloy
Brainstorm by Daniel J Siegel
The Blazing World by Siri Hustveld
The Honeymoon Effect by Bruce Lipton
images courtesy of emma walker and arthouse gallery; portrait buzz walker