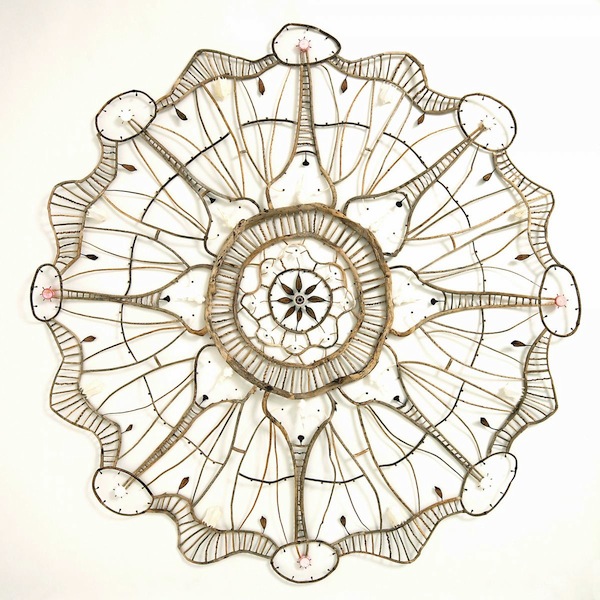 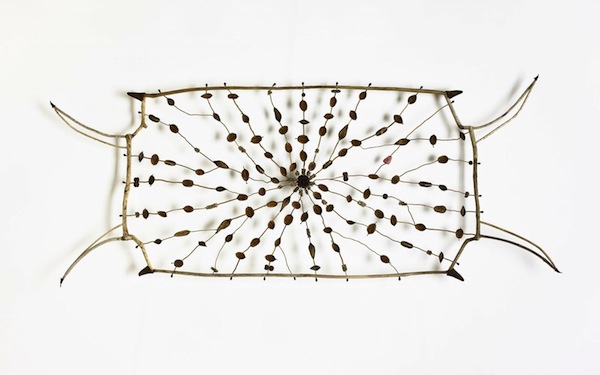 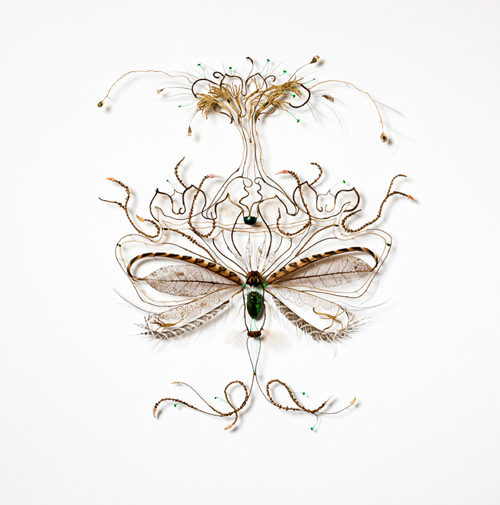 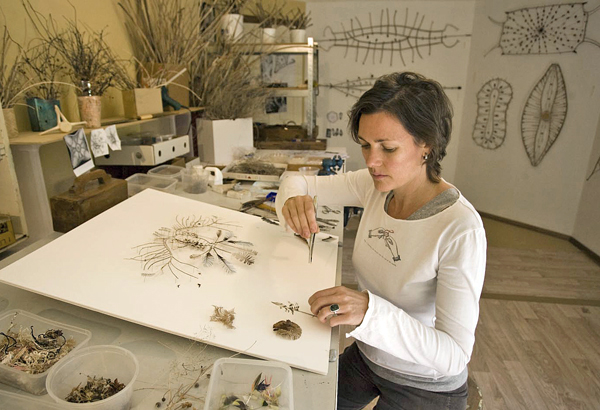 During a summer break while at art school the Australian artist Shona Wilson went trekking in Nepal alone. “This was when I discovered the power of the small,” she says. “The capacity of the minutiae to engage focus through invitation rather than imposition. I started looking up close as I walked - looking for the tiny things so easily by-passed.” After returning to school, Shona realised she had found her “language”, and it was something she wanted to share. “I never doubted I was on the right path but a career is something else again,” she says. That started 25 years ago, during a time when an artist had to rely on the gallery system for representation and exposure. “I would thank whole-heartedly Michael Nagy of Michael Nagy Fine Art, since closed, for his belief in me and offering me representation,” she says. A great review in 2005 by art critic John McDonald helped too. More recently Shona, who is based on the mid North Coast of NSW, attended a weaving workshop by Harriet Goodall (interview here) and that sparked the idea for hosting her own creative workshops. In February she joined the stable of artists at Arthouse Gallery and is currently exhibiting in a group show In The Still.
Which five words best describe you? Maybe a bit too earnest - ha!
How did you get your career start and what path have you taken since? I graduated in sculpture from Sydney College of the Arts, which had a concept-driven focus so I began as an installation artist which was challenging on too many levels to sustain at the time. An opportunity to open my own gallery/shop space enabled my first solo exhibition in 1995 and it surprisingly sold out - they were very inexpensive - but it showed me that I made work that resonated with others strongly, and therefore possibly a livelihood. This led me to have enough confidence to seek out commercial gallery representation and with a combination of courage, support and luck I succeeded.
I have continued exhibiting commercial-based work ever since. In a sense the small-scale assemblages and sculptural works I am most known for are miniature installations or could be seen as maquettes for large-scale public artworks, which is an avenue I am currently exploring/undertaking.
The opportunity and desire to “come out of the studio” and engage with the public has converged in the form of outdoor workshops, which I devised called Collaborations with Nature and the commencement of my ephemeral art practice One A Day. So I now have a trilogy of pathways and this is the most well-rounded I have felt in my career.
What’s the best lesson you’ve learnt along the way? Have courage and balance head to heart. Everything is a teacher.
What’s your proudest career achievement? I am deeply satisfied when my work engenders a transformational experience for the viewer/participant - a moment of presence or wonder.
What’s been your best decision? To keep on going. And more recently to engage with social media. I have found my phone an incredible tool and resource to my complete surprise.
Who inspires you? Mother Nature. All of my peers. In terms of renown artists: Andy Goldsworthy, Fiona Hall, Rosalie Gascoigne, Georgia O'Keeffe, Frida Kahlo, Rothko, Miro. Philosophers, scientists, mystics... Anyone who lives with passion, honesty and humility.
What are you passionate about? Connecting people with Nature. Facilitating a renewal of our sense of wonder of the natural world. Creativity and play.
Which person, living or dead, would you most like to meet? Buddha - why not aim high.
What dream do you still want to fulfil? Travel the world facilitating and teaching nature-based creativity and learning, a show at the MCA Sydney and trek to Gaumukh - the source of the Ganges.
What are you reading? Very slowly... The Gift - how the creative spirit transforms the world - Lewis Hyde, and Last Child in The Woods - Richard Louv.