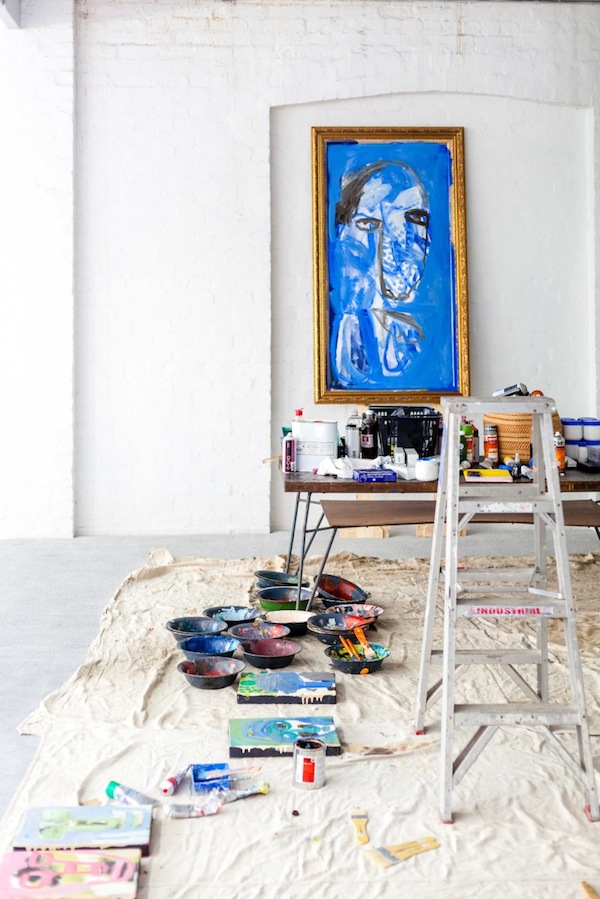 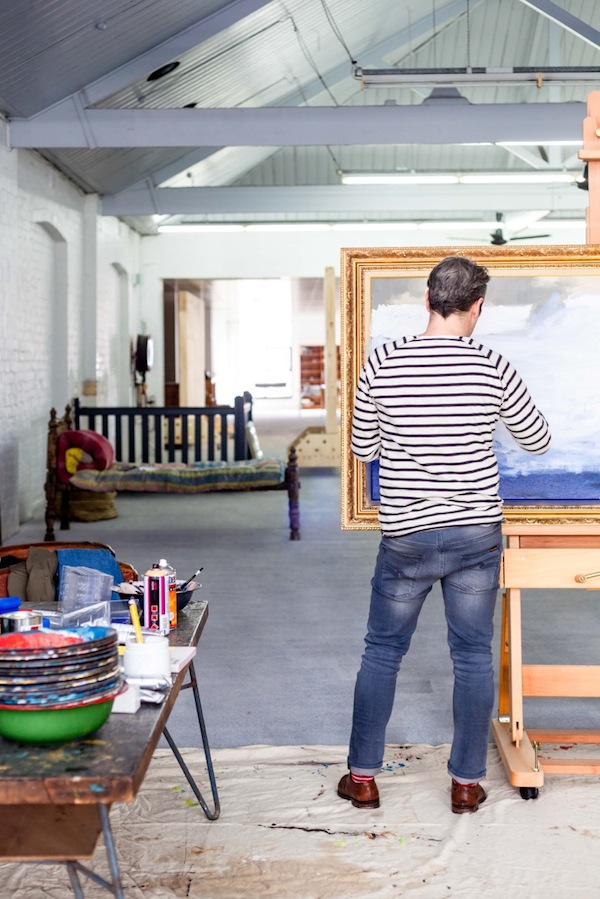 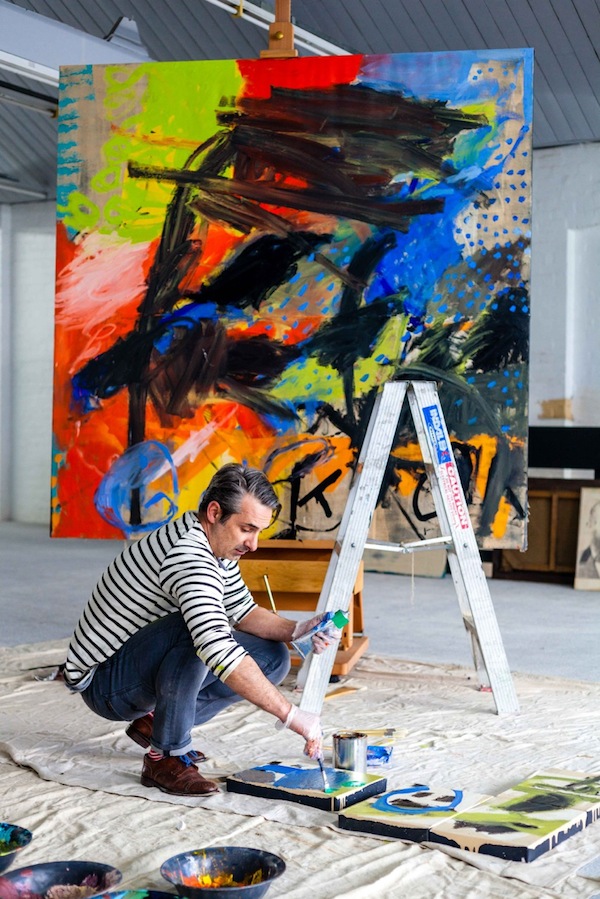 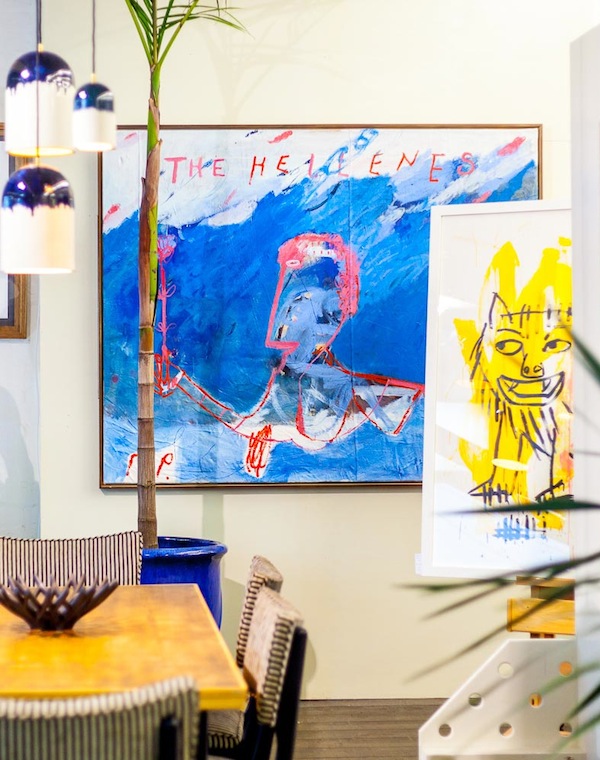 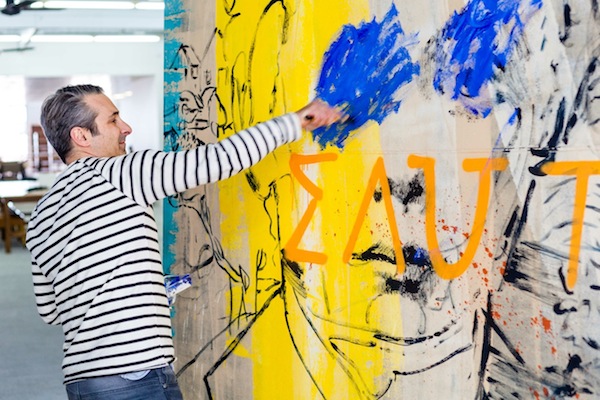 In 2011 George Raftopoulos made a brave decision for an artist. He walked away from representation at leading commercial galleries in Sydney and Melbourne. The Sydney-based artist wanted to approach his art practice differently. "Now I have utmost freedom and I do not adhere to any other person's agenda," George says. "Not that I ever did, but having my freedom took a lot of courage." Since then his work has been flourishing on many levels. "I am actually enjoying what I am doing, and best of all I do not have to answer to anybody but that little voice of creativity in my head." Just in the past few months George has unleashed a series of works that have made a big impact in new spheres - from Mclemoi Gallery in Chippendale, Sydney, to the Hellenic Museum in Melbourne and the Bega Regional Museum. George is also scheduled to exhibit at Chasm Gallery in New York next year.

In July George created a series of works in David Bromley's Melbourne studio, ahead of the opening of a Bromley & Co retail and gallery space in Windsor. The session was captured by photographer Sarah Mackie.


Which five words best describe you? Mad, passionate, active, occasionally funny, driven.
How did you get your career start and what path have you taken since? By sheer accident I landed into art school. I had desires to be an architect, however, found this notion far too contrived and driven by too many parameters - and there were far too many years of study to wear the architect’s robe.
What’s the best lesson you’ve learnt along the way? I have far too many to list and I continue to get the occasional slap to keep me motivated and alert. And thank goodness for that - who wants to meander through life being numb and asleep? However, the best lesson is if you can’t say what you are about to do - then don’t do it.
What’s your proudest career achievement? Being included in the Year 12 HSC Syllabus in NSW. It is amazing to think that these kids are studying my works and my concerns. Who knows, I may inspire one kid to not become an architect and become an artist instead.
What’s been your best decision? To follow my direction and never second guess it. When I walked away from the commercially-driven gallery world where I was showing in some of the best Australian galleries and producing show after show year after year I became resolute to the fact that I needed a pause and to become in touch with my inner painterly soul, and what it is that fuels me as a painter and an image-maker. When you are always “on” and reaching and moving and never stopping the concerns of an artist can get lost and blurred behind the notion of “success”.
Who inspires you? My wife and children. They are my greatest supporters and bastions of reality. They do not fudge the truth.
What are you passionate about? Honesty and personal growth. I believe people must push in order to grow. I know this can sound a little etherial, however, I believe we all must grow and keep growing both spiritually and mentally.
Which person, living or dead, would you most like to meet? Picasso to tell him his womanising really sucked.
What dream do you still want to fulfil? Moving back to New York, and showing my work to a world audience.
What are you reading? I don’t. It bores me senseless. I am a visual person. I concoct imagery and story on the canvas therefore this is my visual dialogue.
images courtesy of george raftopoulos, sarah mackie and bromley & co