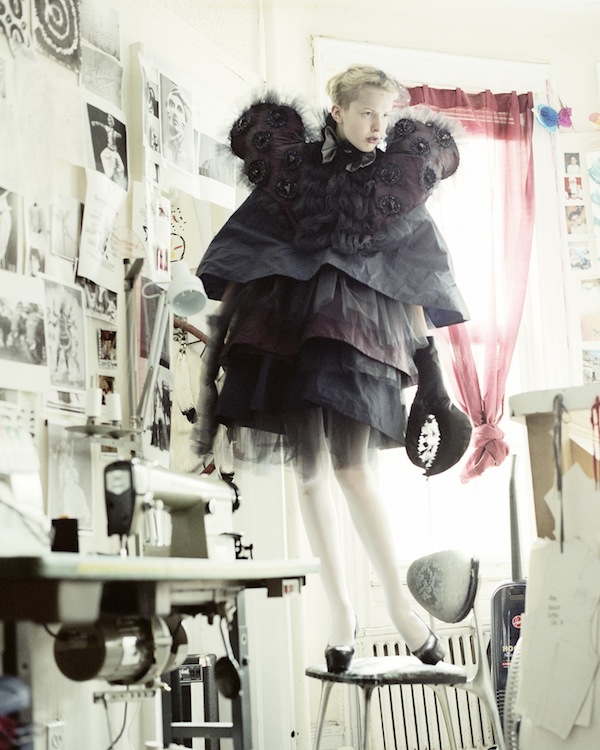 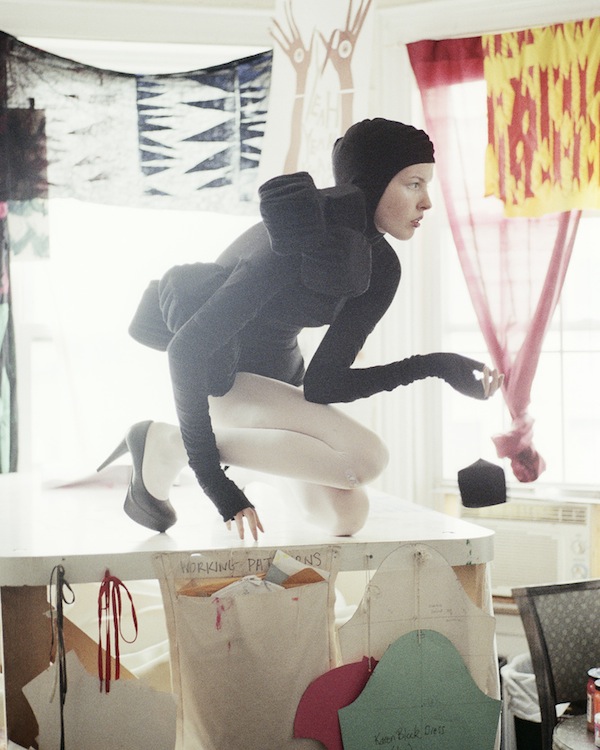 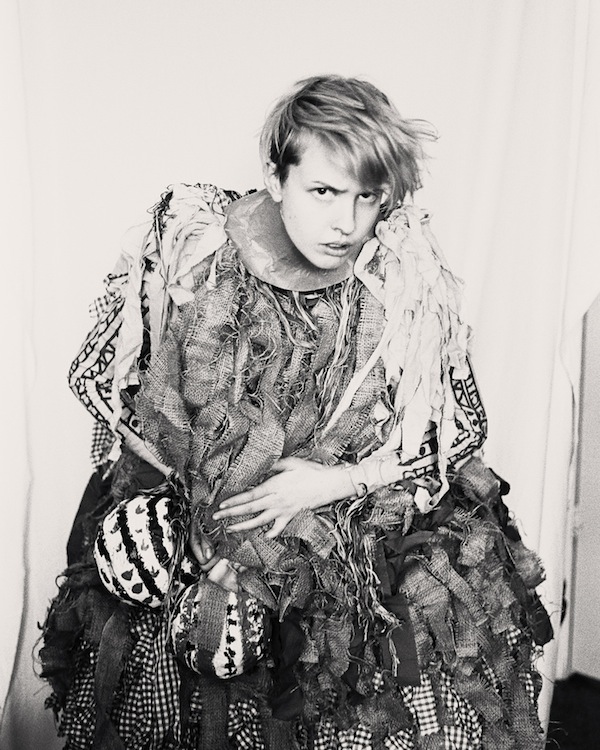 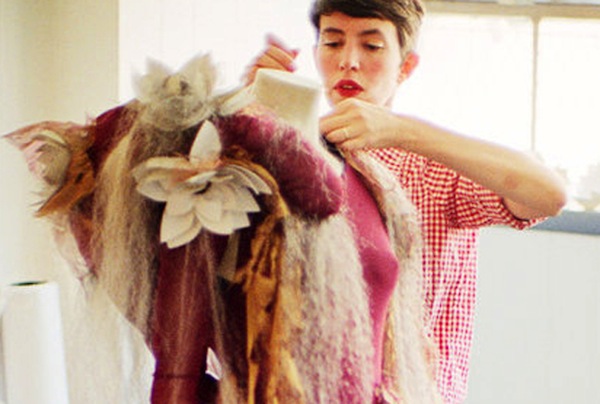 The world of Christian Joy is reminiscent of old school New York in many ways. She creates costumes with a wink to how the punk movement attacked their clothes: with scissors and safety pins, even glue and paint, rather than a needle and thread. Christian also has the same underground vibe to her work. She revels in creating fanastical costumes that aren't about finding a market but rather embracing the here and now. This is most evident with her greatest output of work - for Karen O from the Yeah Yeah Yeahs. They met in 2001, shortly after Christian moved to Brooklyn, and since then the costume designer has had her creations exhibited in the Victoria & Albert Museum in London and collaborated with Top Shop on three limited-edition collections. More recently she’s released a range of art prints and ready-to-wear clothing and accessories. A keen collaborator, Christian created the series of images above with fellow New Yorkers, photographers ioulex.
Which five words best describe you? Obsessive, optimistic, funny, creative, curious.
How did you get your career start and what path have you taken since? I began making clothes about a year after I moved to NY. I was inspired by the NY punk scene and how everyone created art and music without really knowing how. I decided to follow the same methods and began to teach myself fashion design. I began by chopping up tees and then prom dresses. Along the way I met Karen O and it just all took off from there.
What’s the best lesson you’ve learnt along the way? Not to take yourself too seriously. Go with the flow.
What’s your proudest career achievement? I'd say having my costumes in an exhibition at the Victoria and Albert Museum in London and also creating Karen's gown for the Oscars. The gown was funny though because it's not the greatest representation of my work. Still it was so exciting and my family were so proud and just over the moon.
What’s been your best decision? To follow my instinct.
Who inspires you? A whole cast of nutty characters. Lately I've been so excited about John Cameron Mitchell. I saw Hedwig and the Angry Inch on Broadway and was so thrilled to see this amazing character he created become so huge. The filmmaker, John Waters. I adore him. The artist Sonya Delaunay. I love her vibrant prints. My crazy husband. My mom.
What are you passionate about? I'm passionate about trying to create new works and ideas. It makes me almost no money but I can't imagine being happy without it.
Which person, living or dead, would you most like to meet? I think Sonya Delaunay. I've been fortunate to meet a lot of people that I really admire so I'll have to say her.
What dream do you still want to fulfil? I really want to be in the MOMA here in NY.
What are you reading? The prisoner of heaven by Carlos Ruiz Zafron. I just read two of his other books as well and I'm obsessed.
images courtesy of christian joy and ioulex