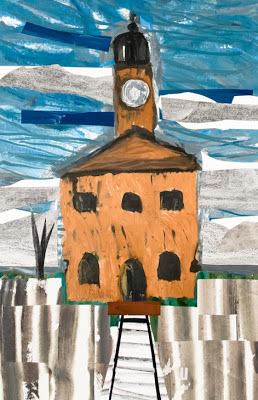 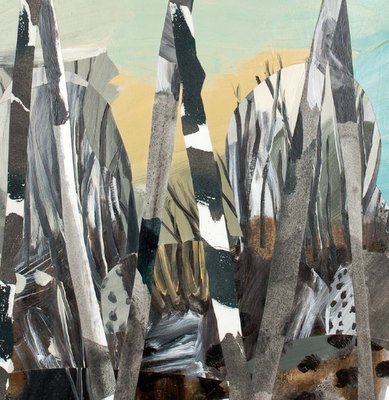 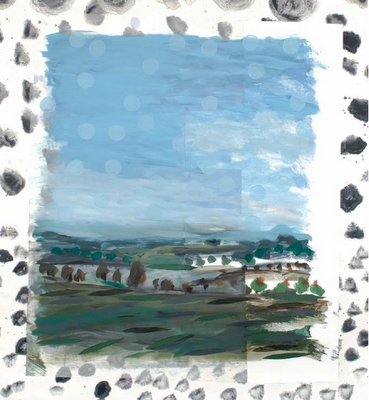 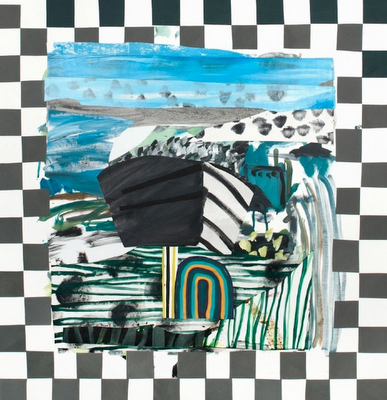 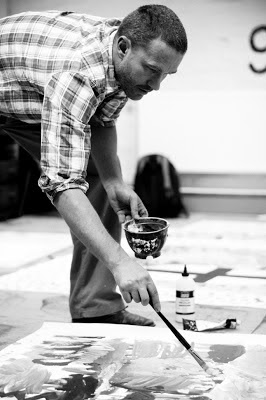 Alan Jones has taken the opposite journey to his ancestors. His mother's family can be traced back to two British convicts - Robert Forrester and Isabella Ramsay - who were transported to New South Wales to serve out their sentences. This year Alan went to Britain as part of a six-month studio residency at The Ropewalk in North Lincolnshire. During this time he investigated his British ancestry. The result is two exhibitions. He recently held "The Mother Land" at The Fine Art Society Contemporary in London, and is currently exhibiting "New South Wales" at Watters Gallery in Sydney. Alan has been the recipient of several awards, including the Brett Whiteley Travelling Art Scholarship.
Which five words best describe you? Open, generous, dedicated, relatively straight-forward, perfectionist.
How have you progressed to a career as an artist? Art and woodwork were probably the only two subjects I cared about at high school. So when I was 17 I enrolled myself into East Sydney TAFE (now the National Art School) and have never seriously considered doing anything else since. Of course for many years I had to work a string of part-time dead end jobs which helped pay the bills and buy more art materials. Seven years after finishing art school in 2004 I won a Brett Whiteley Travelling Art Scholarship which allowed me to live and work in Paris and Berlin throughout 2005. I've pretty much been working full-time in the studio since then.
What’s the best lesson you’ve learnt along the way? Work out how much time you think it's going to take. Then work out how much you think it's going to cost. Then double it!
What was the starting point for your most recent work? A photograph, a few quick drawings and scrap cutout sections of painted canvas arranged on the floor.
What’s your proudest career achievement? Winning the 1997 Inaugural Pat Corrigan Travelling Art Scholarship was a privilege and certainly something I'll never forget. More recently, opening my first show in London was a special moment for me. It was my first solo exhibition outside of Australia and was a big reminder of how much I've achieved since finishing art school 15 years ago.
What’s been your best decision? To start a family. Our little boy Ingo is now a one-year-old and he has taught us so much about life and perspective. Deciding to enter the Fisher's Ghost Art Award last year probably wasn't a bad decision either as it helped pay a few bills.
Who inspires you? People who embrace change and progression.
What are you passionate about? Social equality.
Which person, living or dead, would you most like to meet? I would love to have a beer at the cricket with former Labor Prime Minister Bob Hawke. Australia v England at "The G". I think Bob would have a remarkable perspective and insight on life.
What dream do you still want to fulfil? I have been threatening to make my football comeback for several years. I played for 15 years and still love the sport but at 35, time certainly isn't on my side anymore. I'd like to join a local league one day and keep the dream alive.
What are you reading? What the ladybird heard by Julia Donaldson and The very hungry caterpillar by Eric Carle. Probably not the most intellectually stimulating books for adults but the illustrations are brilliant and Ingo always seems so amazed at how much food the caterpillar eats.
images courtesy of alan jones and simon vickers (portrait)