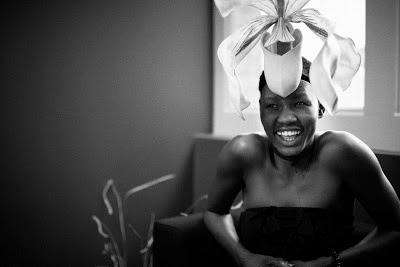 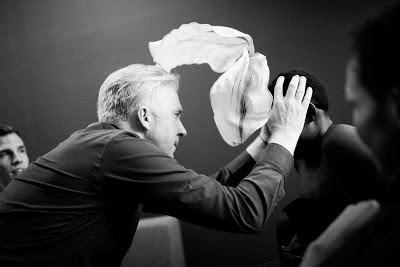 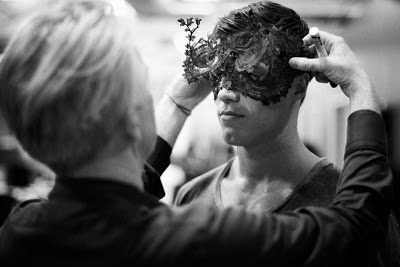 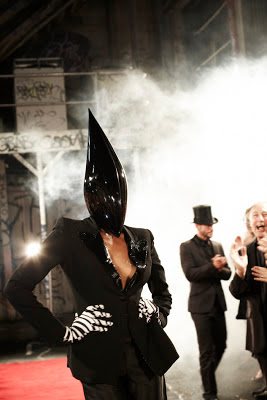 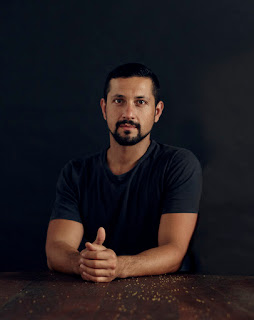 After fitting suits and working in bars in his early twenties John Tsiavis turned to photography. He got his start shooting stills and key artwork for films, such as the iconic image of Eric Bana as Chopper, and went on to carve a niche in the entertainment industry. Four of John's portraits are on display in the permanent collection of the National Portrait Gallery and he has been short-listed for the National Portraiture Prize, as well as a finalist for the Olive Cotton Award. More recently he went to London to shoot a photo documentary, pictured above, for UK hat designer Philip Treacy.

Which five words best describe you? I aspire to be generous, happy, original, stress-free (I know that's two words) and a perfectionist... not always successfully I might add.
How did you get your career start and what path have you taken since? I got my first job whilst in university when film producer Jane Scott was in search for a fresh photographer to shoot her film following Shine. It was an amazing introduction to the film industry and it shaped my career and work ethic. Jane was an amazing mentor. My second film was Chopper. Once the artwork for the film was released my career gained momentum. I was able to carve a niche for myself in the entertainment industry shooting production stills and even more rewarding, the key artwork for film, television, musicals and theatre. At the age of 24, disillusioned and overworked, I packed up my things and decided to go traveling. At the end of my trip I luckily worked on another one of Jane's films shooting in Italy and on my return to Australia I joined a studio in Prahran, Melbourne. It was one of the best decisions I've ever made and I'm still a part of it, ten years later. I still specialise in entertainment photography, though I also have a variety of clients and work ranging from fashion, big corporates, editorial, lifestyle and advertising. I've also found that it's important to develop and shoot my personal work and I do that with my friend and collaborator Nik Dimopoulos. It's amazing how this work informs my other work, it's made me a better photographer. Ultimately, I love that every day is a different day and I get to do what I love.
What's the best lesson you've learnt along the way? To trust your instincts and to have the conviction to execute them.
What's your proudest career achievement? Probably the week I art directed Philip Treacy's Melbourne fashion show. I shot my most successful artwork over a weekend - I met Philip on Monday and was asked to work on his show which we pulled together by Friday. Then on Sunday we worked on the most amazing photo shoot. We commenced shooting at 9am Sunday and finished at 3am the following day. I wish every week was like that.
What's been your best decision? To travel as much as I can. I've found that the world opens up every time I take myself away from the familiar.
Who inspires you? Nik Dimopoulos - my collaborator with whom I've been working with for the last four years to create our personal artwork. He's one of the most original thinkers I've met. I think he's a genius, and our work is at its best when we work together.
What are you passionate about? Mostly the relationships I have with my friends, family and partner. Photography, I'm the happiest when I'm working. My veggie patch. My cat.
Which person, living or dead, would you most like to meet? Nobody really. Photography has opened up the world for me and I've met some pretty amazing people. I'm happy to be surprised with what the future has for me.... maybe Judge Judy.
What dream do you still want to fulfil? To live abroad. I'm currently putting the wheels in motion to live and work in Europe. I think it would be the most amazing professional and personal challenge and adventure but mostly a natural progression for my work.
What are you reading? Me Talk Pretty One Day by David Sedaris.
images courtesy of john tsiavis