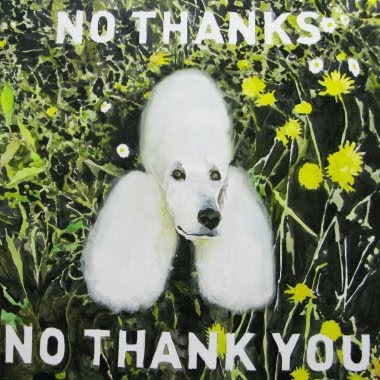 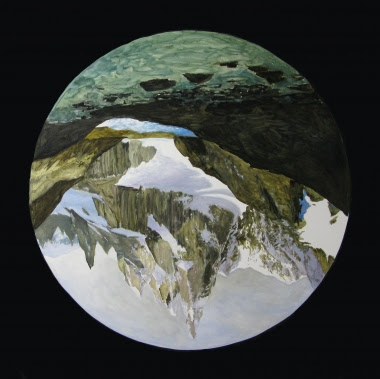 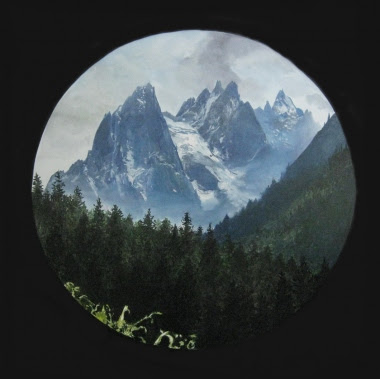 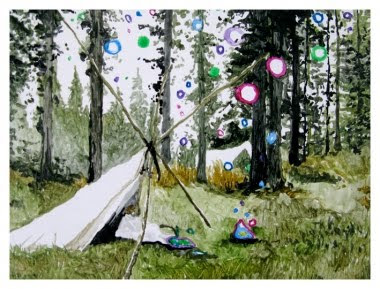 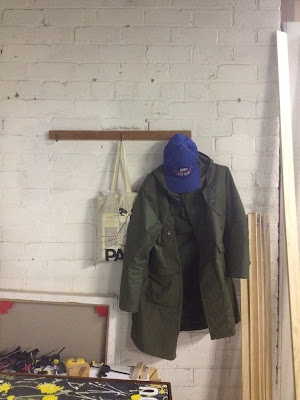 Melbourne artist Grant Nimmo spent some time in a hippy commune in Tasmania after finishing art school. He says his clothes weren't right, so he headed back to his native Melbourne. Since his return, Grant has focussed on painting. He is chronicling his journey in his blog Hippy Is Land. He is also exhibiting at various galleries around Melbourne and Sydney, including Anna Pappas Gallery. Grant has been a finalist in the Metro Art Award, the Paul Guest Drawing Prize and the Salon Des Refuses.
Which five words best describe you? A log in the waves.
How have you progressed to a career as an artist? It started when I would trade drawings for stuff at school like basketball cards. By grade six I was trading drawings for small change. Once a kid gave me a dollar for a drawing and I took it home and showed my Mum because it was a lot of money to me. Mum said I couldn't accept it so I took it back to school the next day and tried to give it back but the kid wouldn't have it, so I chucked it into the bushes and it was gone forever. After getting through high school I studied fine art at Monash. Art school confused me so I spent a couple of years hitchhiking and then after a while I decided I wanted to be an artist so I returned home and I got a studio and started working and showing sort of simultaneously. My first real show was with Evan Hughes in Sydney in 2009 then the following year I started showing in Melbourne with Anna Pappas.
What’s the best lesson you’ve learnt along the way? In terms of making work I think the best thing I have learnt is not to let myself get confused or overwhelmed by what other people are doing. I think it is also one of the biggest battles when facing the studio. It’s healthy to look and to be involved in what is happening around you, but the minute you shut the studio door I think you need to filter out as much of it as possible. I think it’s good to look at your own practice like some sort psychological engineering process, where it’s important to figure out how much of what you have seen is needed and how much is too much and will weaken what you are making - that’s something that needs to happen before you start.
What’s your proudest career achievement? I don’t really reflect on my career as much as I probably should because I guess that career part of art sort of stresses me out. The fun is in the making of the work. I guess I’m also pretty self critical and I’m not sure I have ever really been proud of anything I have done. Making art just seems like an essential thing to process everything going on around me.
What’s been your best decision? I try and avoid decision-making in general.
Who inspires you? I like it when people know what they are doing when I have no idea what they are doing. Like the guy that discovered the Higgs Boson particle. I also like it when people form a bridge between things, and when people dress stylishly.
What are you passionate about? Aside from art I like long distance running, fishing and restoring old furniture. My girlfriend Deirdre and I just bought an old apartment we are fixing up so if I am not in the studio or at work I am there working on that.
Which person, living or dead, would you most like to meet? I’d like to meet Neil Diamond so I could get him to play at my family Christmas this year so we could all dance to Cracklin’ Rosie. I'd also like to sit and drink a whiskey with Joseph Campbell.
What dream do you still want to fulfil? Not really sure. It would be good just to be able to continue on making paintings for a while.
What are you reading? Reading Murakami’s new book at the moment but it’s slow going. Before that I read an old collection of Tim Winton stories called Scission. My favourite was the first in the book called 'secret' about a girl who throws a bunch of chickens down a deep hole because her mum's new boyfriend moves in with them.
images courtesy of grant nimmo