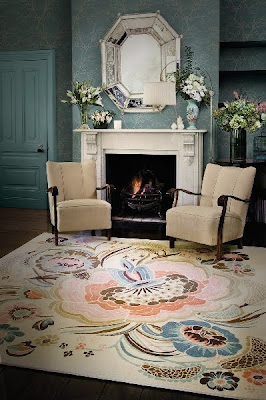 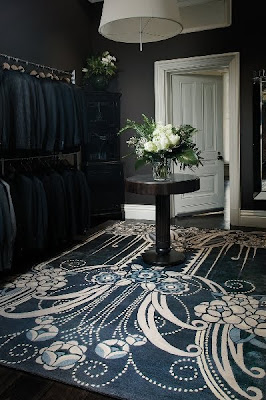 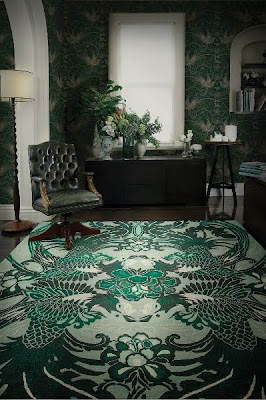 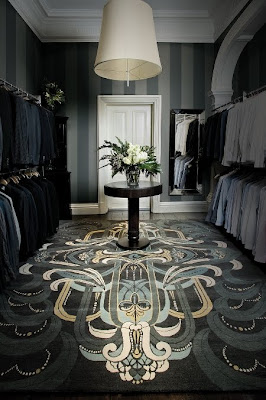 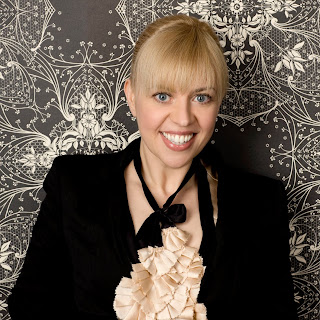 Catherine Martin is a name synonymous with one of Australia's most successful creative husband-and-wife partnerships. Alongside Baz Luhrmann, for the past 20 years she has created the sets on award-winning films, including Strictly Ballroom and William Shakespeare's Romeo + Juliet. Catherine won two Oscars for art direction and costume design on Moulin Rouge. She has also won a Tony Award for production design on the opera La Boheme which travelled to Broadway in New York.
But Catherine's design imprint isn't limited to film and theatre. She has also produced a range of wallpapers and rugs. The most recent flooring collection, inspired by the upcoming The Great Gatsby film, is her second collaboration with Designer Rugs.
Which five words best describe you? Passionate, positive, eccentric, determined, shoe-a-holic.
How did you get your career start and what path have you taken since? I had just dropped out of art school and was working in the rag trade as a sample hand when I heard a radio ad for a play in Western Sydney celebrating International Youth Year in 1985. I got the job as designer and from there I felt I had found my vocation and became inspired to apply for the design course at NIDA. I met Baz Luhrmann when he came to see an exhibition of our second year work. He had already graduated and had won the directorship of numerous companies in the bicentennial year of Australia and asked Angus Strathie and myself to start designing for him and these companies. Since then, I've been designing for Baz and we now have a company together and two beautiful children.
What's the best lesson you've learnt along the way? Never give up.
What’s your proudest career achievement? My proudest life achievement is having my two beautiful children, Lillian and William. On the career front, it's continuing to enjoy the creative journey with my partner-in-crime, Baz Luhrmann.
What’s been your best decision? To have children and to commit to a creative and life partnership with my husband.
Who inspires you? Everything from walking the streets of New York and seeing the extraordinary panoply of life unfolding around me to reading books and magazines, surfing the web, visiting exhibitions and everyday conversations.
What are you passionate about? My children, my family life, my first morning coffee, inspiring design, shoes, good food, travelling, Paris, photography, art, New York and Ruinart champagne.
Which person, living or dead, would you most like to meet? Elsa Schiaparelli, William Shakespeare and Albert Einstein
What dream do you still want to fulfil? To own an apartment in Paris.What are you reading? The Sisters Brothers by Patrick DeWitt on my iPad kindle.
images courtesy of catherine martin and designer rugs