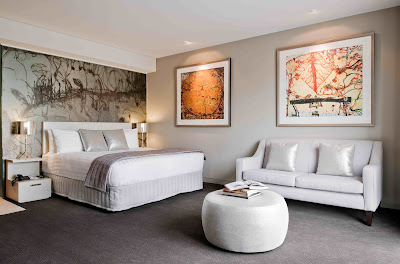 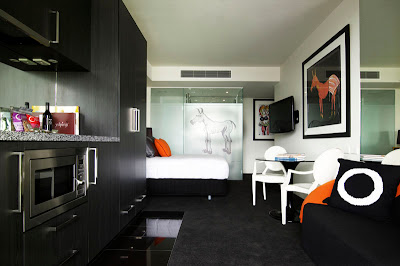 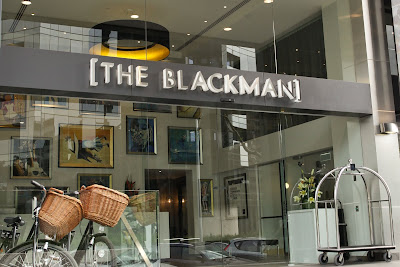 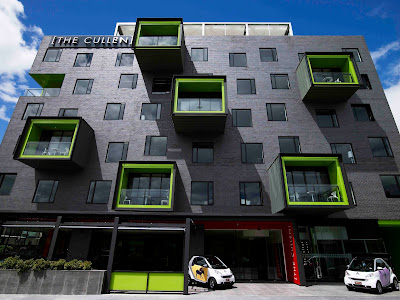 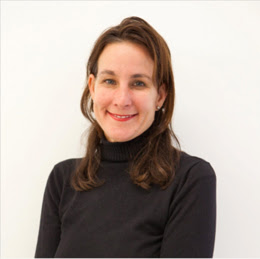 Melbourne is often proclaimed as Australia's cultural capital. Fittingly, it's where the Art Series Hotel Group opened three hotels in 2010 honouring iconic Australian artists: The Olsen, The Cullen and The Blackman. Each property has been designed not only to reflect the style of the artists' work, but also to exhibit many pieces too. As there are so many artworks to represent - The Cullen has over 400 pieces - the Art Series Hotel Group took the step of creating the role of an in-house curator, believed to be the first role of its kind in Australia. Jane O'Neil comes with a wealth of experience. After gaining an honours degree in Fine Arts at Sydney University, she has curated more than 30 exhibitions in Australia. In 2012 Jane was named one of the 50 most influential people in the arts sector. She also runs Art Aficionado Tours.
Which five words best describe you? Relentless, busy, tired, and happy. I can’t think of a fifth.
How did you get your career start and what path have you taken since? My real career start was the opportunity to curate an exhibition at Bundaberg Arts Centre in 1996 which included the work of Adam Cullen. Since then, I have devoted myself to freelance curatorial and writing projects within the contemporary art industry. This led most recently to my position as in-house curator at the Art Series Hotel Group, and the publication in early 2012 of my book Austral Avenue: an experiment in living with art.
What’s the best lesson you’ve learnt along the way? There is no real measure of success in the arts, except that it’s not a good sign if you’re feeling comfortable.
What’s your proudest career achievement? It’s really the failures that I’ve learnt from so I tend to dwell on them.
What’s been your best decision? Before the Art Series Hotel Group opened, I approached them for a position as a curator and this has blossomed into an extremely rewarding job. It’s also led to the opening of my art tour business Art Aficionado Tours.
Who inspires you? People who take care in their interactions with the world inspire me.
What are you passionate about? I am evangelical about broadening the audience for contemporary art, and am dedicated to sharing my passion for art in a non-intimidating manner.
Which person, living or dead, would you most like to meet? Through my work, I’ve been lucky to meet many major Australian artists, including John Olsen, Charles Blackman and Adam Cullen. And although there are people such as crime writer Patricia Highsmith or the misanthropic novelist Thomas Bernhard who I am really intrigued by, I’m not sure what I could offer them in a meeting, so it might just end up being embarrassing.
What dream do you still want to fulfil? I would like to go to Canada and explore the modernist cabins tucked away in lakeside locations.
What are you reading? I’m reading short stories by John Cheever.
images courtesy of art series hotel group