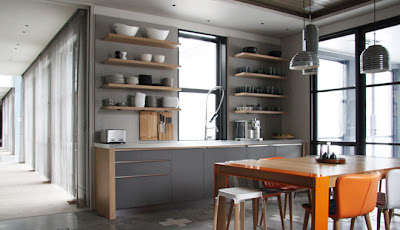 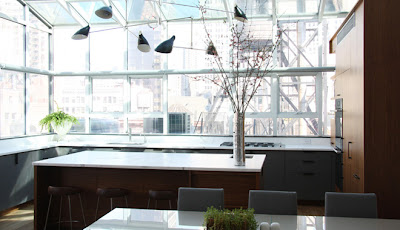 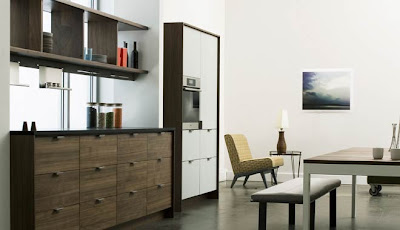 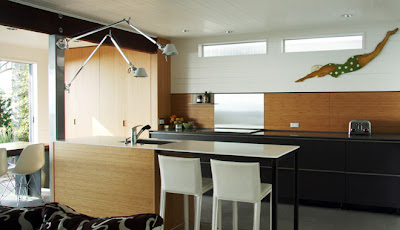 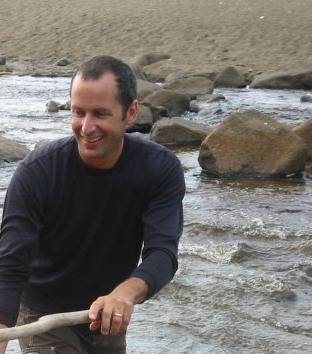 It turns out that working with his grandfather during his teens was a defining time in Scott Hudson's life. Together they would make things. Henry was a builder and cabinetmaker, and lived in North Carolina. Scott went on to art school before carving a career in book publishing in New York. After a few other detours, he helped start a kids media company and an internet software company focussed on publishing. In 2001 created Henrybuilt, taking the principles he had learnt from his grandfather and applying them to kitchen and furniture design and manufacture. The company makes products by hand and to order in Washington state. It has showrooms in Seattle and New York, and works with customers across the globe. Recent projects have been completed in Brussels and Mexico City.

Which five words best describe you? Would rather be making something.

How did you get your career start and what path have you taken since? I don’t know that I have a "career", but the start of whatever it is was definitely working with my grandfather in the summers when I was a teenager – who knew how to do whatever needed to be done. From working with my grandfather it was publishing, to software to Henrybuilt – where the three prior steps all come together.

What’s the best lesson you’ve learnt along the way? Again it’s three things that go together: "pursue the highest standard you are capable of pursuing, try to do it in a way that benefits everyone involved, and never give up."

What’s your proudest career achievement? Working with a bunch of great people to build a company where work rises above the ordinary meaning of work and where people who want to excel get the opportunity to develop. It’s a work in progress, of course.

What’s been your best decision? Marrying my wife. If you were to say, "but I mean professionally", I would give you the same answer.

Who inspires you? My kids, and everyone I see that is doing something with excellence and for lack of a better word "style", whether pruning a tree, waiting a table or directing traffic.

What are you passionate about? Designing and building things, whether a product, a company or a woodshed.

Which person, living or dead, would you most like to meet? I have no idea really, but one of the first people that comes to mind in the moment might be cliché but it would be very interesting to have a drink with Winston Churchill.

What dream do you still want to fulfill? I would like to travel more with my wife, and start an educational/internship program for people who want to build businesses around products.

What are you reading? I wish it were something that would make me sound interesting, but lately I just read in little bits. I just reread a section of Naked Economics.