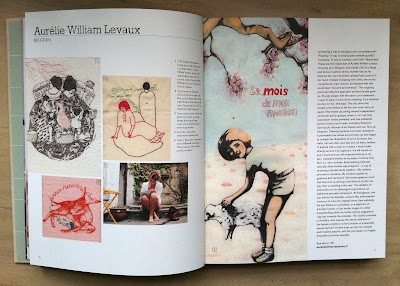 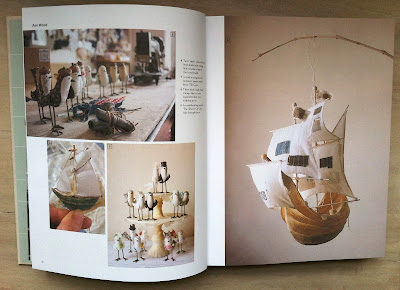 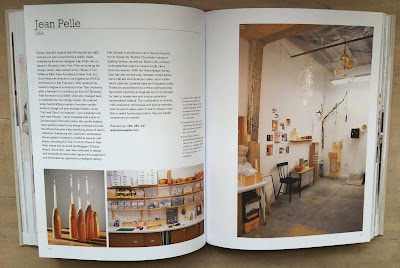 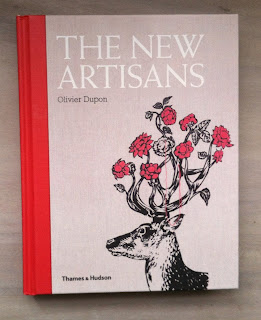 The people who feature on Daily Imprint are on a creative journey. And it's always interesting to see where they go next. When I interviewed Olivier Dupon in March 2010 (and showcased photos of his Sydney home here) he had closed his Balmain boutique Lola Et Moi and was focussing on his blog Dossier37. Since then he has been working on a rather large project - publishing a book - The New Artisans - with Thames & Hudson. Basically it's his blog come to life.

How did you arrive at the concept for the book? While importing independent designers' creations for my own shop Lola et Moi in Sydney, Balmain, I could experience first hand the resurgence for craft and customers craving for anything unique and handmade. Once I closed the shop, I thought about how I could pursue my passion for scouting and promoting talented makers. Highlighting these 'artisans' in a book appeared to be the best venue as a book helps set contributors more permanently in time; it gives them a wider exposure and really allows a better focus. I am also a strong believer that books tend to be cherished and collected, so that fully suits the purpose of such an exercise: showcasing desirable creations, beyond introducing craft skills. A paper volume as such is a perfect match for a project about craft.

What was involved in the creation process? Drive, networking and organisation skills are key elements. The intention was to create a multi-dimensional book, where readers could simply get inspired or ultimately be directed to a designer for a purchase. The main criteria was thus to cover as many techniques and base materials as possible, feature as many countries of origin as possible, and introduce a wide range of creative styles (from utilitarian via decorative to purely artistic objects). Sprinkle that with a touch of personal flair, selecting ultimately my favourite talents. All the information was provided by the contributors (facts and quotes) and the final texts and layouts were validated by them before printing: a true team work all along.

How long did it take to come together - from concept to first copy? It is a labor of love and as such a "child". It literally took nine months from the first work meeting to having validated the final pages and texts, then add 5 months for the print lead time and delivery to the stores.

How did you envisage the look of the book? I always had in mind to create a desirable, yet accessible, and "poetic" book, and I was fortunate enough to work with a publisher, and subsequently an editorial and design team, who understood and shared my vision. Simple and modern layouts that suit the humility of the artisan world and showcase above all the objects, whilst instilling a soft elegance. Artisanship is not about ego, but the love of material and the excellence in craft. The book had to translate that, and it hopefully does.

What was unexpected about the whole experience? The enthusiastic response and feedback from day one, starting with each contributor, who all immediately and cheerfully embarked on this adventure with me and now with the reader feedback, which is overwhelmingly positive. It is not that I was not confident about the project, but you can never be sure in advance about how many people will so fully embrace your honest passion.