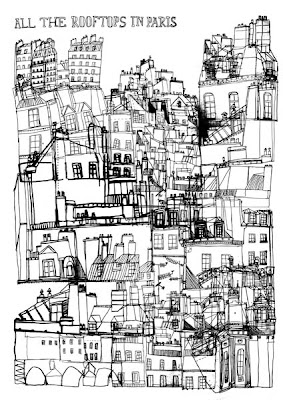 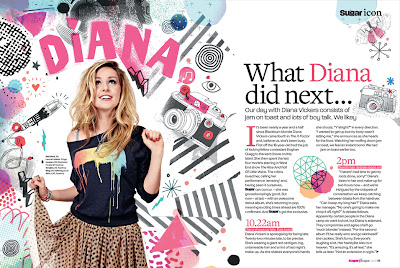 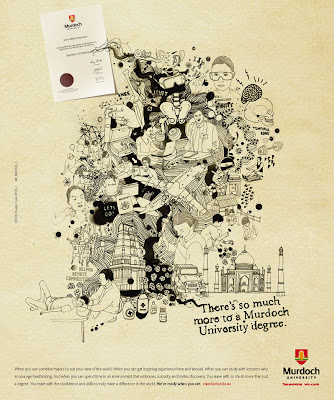 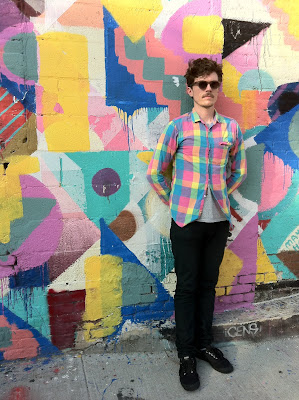 James Gulliver Hancock is an Australian illustrator who is currently living in Brooklyn, New York. He recently held a solo exhibition there - All the Buildings in New York, which is a side project that he's been working on alongside commissioned illustration work for magazines, book publishers and musicians. Before landing in New York he ran a gallery in Sydney for five years. Now he is represented by The Jacky Winter Group. Clients have included The New York Times, Nylon Magazine, Warner Music and Sony/BMG as well as Sydney Opera House and British Telecom.
James has a nice little story from his pre-school days when he refused to move on from the next activity after painting, "instead devising the most complex image I could think of at the time... a city of houses, including every detail, every person, and every spider web between every house. I still have the drawing".
Which five words best describe you? Messy, whimsical, obsessive, creative, well-dressed.
How did you get your career start and what path have you taken since? I've been working as an artist and designer for many years, and everything has contributed to my career growth, all the exhibitions, little jobs, friends I've made along the way... but I think my illustration carreer really took off thanks to my Melbourne agent, The Jacky Winter Group.
What’s the best lesson you’ve learnt along the way? Be friendly, be a real person to people, then, most likely they'll enjoy collaborating with you and you'll make great things together.
What’s your proudest career achievement? Working with some of my favourite clients that have histories I idolised like Herman Miller. But recently I was super proud to have my first solo show in New York for my projects - All the Buildings in New York.
What’s been your best decision? To make stuff every day. And deciding when I was five to draw whenever possible.
Who inspires you? Most people and most things in the world. I love reading about science and philosophy and seeing where that takes me from thought to creativity. I'm also lucky to be surrounded by some of the world's top illustrators in my studio in the Pencil Factory, in Brooklyn, NY, who inspire me every day.
What are you passionate about? Making things, in any media, every day.
Which person, living or dead, would you most like to meet? I'd hang out with Hemingway in the south of France fishing in a linen suit whilst drinking wine and soda.
What dream do you still want to fulfill? Publish a monograph on my work
What are you reading? Bury My Heart at Wounded Knee. It's a history of the destruction of the American Indians. It's a very different story to the Australian invasion, equally as tragic, horrific, and disappointing.
images courtesy of james gulliver hancock