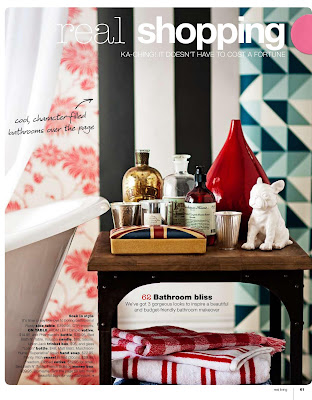 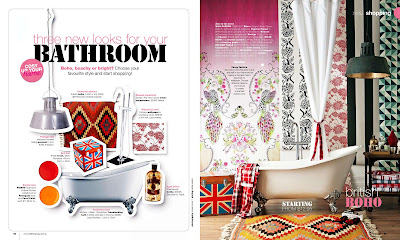 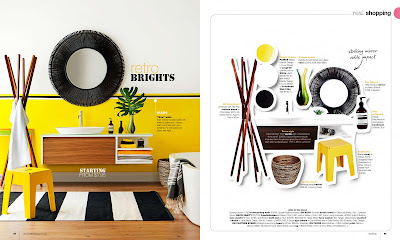 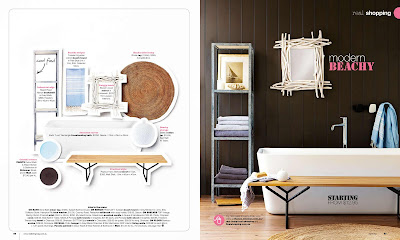 The bathroom is not only one of the most expensive rooms in your home to renovate and decorate, but also the one that (often) ends up most lacking. Functionality always seems to win over fun. Colours are boring. Ideas get left at the door. So when I was asked to create three bathrooms for the June issue of real living, I wanted to help people rethink how they might decorate the smallest room in the house.
British boho - was all about using wallpaper in the bathroom. It's done often in the USA and UK but not so much in Australia. It was also important to use a pendant light rather than downlights or some other meek option. And ever since I saw Burley Katon Halliday use a tribal rug in a Bondi bathroom, I've wanted to do that too.
Retro brights - okay, so the yellow is strong. But it works with the overall design scheme. Black and white work wonderfully when contrasted with another colour. I also like using a non-traditional bathroom mirror.
Modern beachy - has to be my favourite of the three spaces. That chocolate brown on the wall was so calming to look at that it made me realise I might never want a white bathroom again. I also liked it combined with the tongue and groove panelling.
images courtesy of real living and maree homer