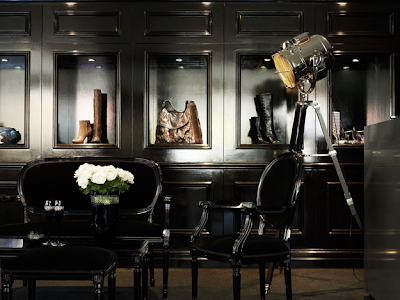 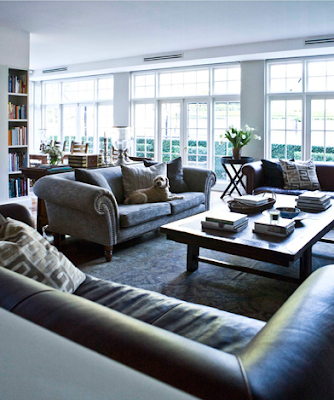 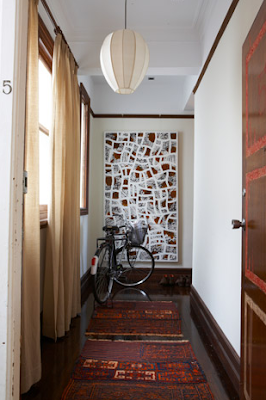 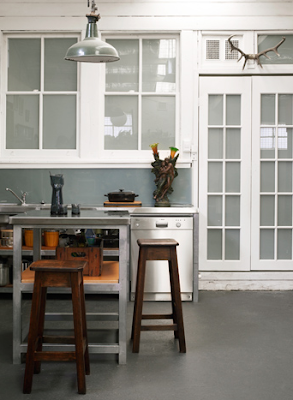 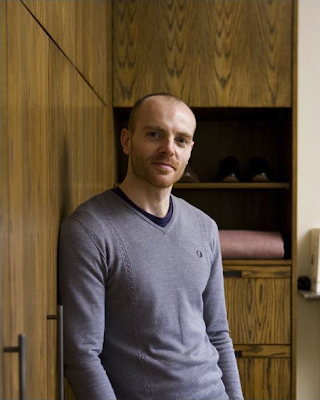 If you live in Sydney you've probably stepped into one of

Andrew Waller's interiors. He has designed Cosmopolitan Shoes, pictured top, Supre, and Mao & More. Andrew has also worked on many residential projects, and has designed furniture too. You could say he's been quite busy since immigrating from the UK (where he studied architecture) to Australia. He established

How did you get your career start and what path have you taken since? I had the biggest shift in my mental space when early in my career I met a particular client who totally entrusted me to design the interior of a guest house. I originally left the UK, after graduating in architecture, wanting to travel but was a little unsure of which direction to move in. When I arrived in Sydney I started working for a retail group styling and designing furniture and gradually started refurbishing larger spaces. The company for some reason just let us run with our ideas which was a great incentive to motivate ourselves to set our own goals. It was only after leaving the company that I fully appreciated the skills I had acquired there. I set up Andrew Waller Design shortly after leaving the company and luckily had a few key clients who kept requiring more design work.
What’s the best lesson you’ve learnt along the way? Building relationships – I put a lot of energy into getting to know my clients and to understand exactly what they want from the project and space. Likewise it’s really important to build a group of trades around yourself which you can rely on and communicate well with.
What’s your proudest career achievement? It’s always the next project – I tend to look forward and by the time a project is nearly built my role is almost over. I’m actually much happier on a building site than I am in a ‘finished’ space. A space that works well just seems natural and I tend to relax at this stage. Although I must admit I do like the surprises you get when you are in a space you’ve designed and you turn around and see a new angle or view you had not anticipated. It’s really quite rewarding when after having worked on a project for months or years and then you suddenly appreciate a feature for the first time.
What’s been your best decision? Definitely deciding to set up Andrew Waller Design - at the time I was offered a full-time position which would have given me great security but for some reason I decided against this for an uncertain future.
Who inspires you? Many different designers from Frank Lloyd Wright and Gerrit Rietveld to Tadao Ando and Kelly Wearstler.

What are you passionate about? Building beautiful spaces – and exploring where a new project takes you.
Which person, living or dead, would you most like to meet? Le Corbusier – his work has been referenced in so many projects.
What dream do you still want to fulfil? While I have worked on some overseas projects creating furniture ranges in Vietnam and China it would be great to have some built works within Europe, perhaps making Berlin a base for a while collaborating with local designers.

What are you reading? Working over a few projects at a time I’m not such a big reader of novels. I was just given a compendium on the design of Gerrit Rieveld which I love. I do obsessively read design magazines, however. At the moment Frame and World of interiors are my two faves.