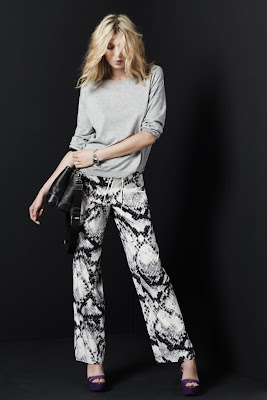 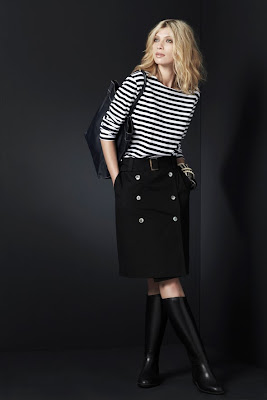 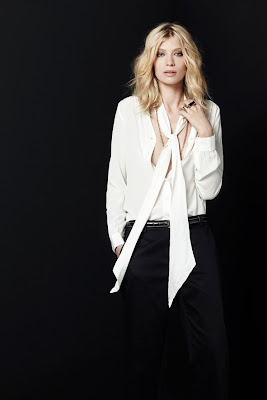 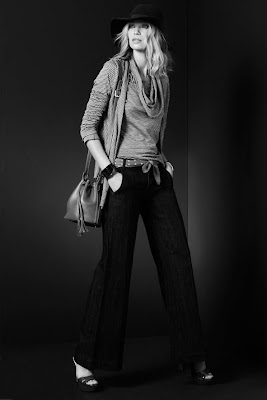 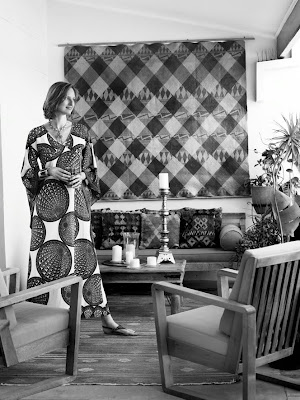 There is a little piece of the Mediterranean on Edgecliff Road, Woollahra. It's in the shop Eclettica, which sells women's clothes and accessories designed by Alexia Gnecchi Ruscone. She has lived one of those fantastical international lives - growing up in The Bahamas, Uruguay, England and Paraguay. Studying - and modelling - in Paris. Living in Milan, before moving to Australia. And returning there again so her children could experience Italian life before returning once more to Australia. Her husband, Paolo, owns Junktique.

Which five words best describe you? Who knows, difficult to look at oneself, no? Nomadic-soul, embracer of life, determined, maker of things, tall! My husband might add stubborn!

How did you get your career start and what path have you taken since? I've been designing and making "things" since I was a child. My mother has been a huge influence, she's very creative and can whip up anything from a train shaped birthday cake with 10 individual wagons to 150 flower arrangements for charity dinners!

I remember making my first beach bag while we were living in Nassau, I was 11, I lined it in plastic to make it waterproof ... functionality has always been important to me!

I had a fantastic, colourful childhood living in Uruguay, England, The Bahamas and Paraguay. The colours, the music, the food and the interesting people we met along the way are all part of who I am today.

While studying in Paris I stumbled into modelling. I was fortunate enough to work with some of the best photographers in the world such as Jeanloup Sieff, Sarah Moon and Fabrizio Ferri but more importantly, although I wasn't aware of it at the time, I got to work closely with Miuccia Prada, Giorgio Armani and many other super designers. I got an inside view into the fashion world and took it all in: the fabrics, the stitching, the fashion-show mayhem. I was hooked.

My husband Paolo and I moved to Sydney from Milan and I launched Eclettica in 1997 with a very small collection. We were fortunate enough to be picked up by some of the most discerning boutiques in Australia such as Belinda and Robby Ingham.

But nothing goes to plan, and in 2000, just as Eclettica was on a roll, Paolo and I moved back to Milan. It was a bit difficult to let go of something I had worked so hard on but it was fab to give our children the chance to live in Milan and get to know the Italian side of the family.

While in Milan I became involved in production and design with several accessories designers and all of a sudden I was playing with leathers and buckles again; it felt so familiar as I had been a keen horse rider.

By 2004 we were in Sydney again! Happy to be back in the sunshine. I re-launched Eclettica in late 2004 with a mini collection of two handbag styles and it's just grown from there. The accessories collection now includes beautiful Mediterranean-style sandals which are made exclusively for us in Florence and our fashion range of timeless dresses and separates, understated chic, very trans-seasonal. Easy elegance.

We now are delighted to have two Eclettica shops as well as working with some of the best boutiques in the country. We'll be launching our online store shortly.

What’s the best lesson you’ve learnt along the way? Always follow your gut instinct. When in doubt, sleep on it. Take risks. Is that more than one lesson?

What’s your proudest career achievement? Every time I see someone wearing one of our Eclettica designs, it's always a thrill.

What’s been your best decision? Working from home until my children were into their teens.

Who inspires you? So many people for different reasons. My beautiful, talented and supportive girlfriends; I would be lost without them! My husband Paolo, he can see through the chaos!

What are you passionate about? Gracious living: my family, travel, great food, laughing, preferably all at the same time!

Which person, living or dead, would you most like to meet? Bill Clinton, Sonia Delaunay, Amelia Earhart, Coco Chanel, Bono and Gandhi. Now that would be an interesting dinner.

What dream do you still want to fulfil? I'd love to learn how to fly.

What are you reading? A History of the World in 100 Objects by Neil MacGregor and The Bookseller of Kabul by Asne Seierstad.

Day in the life: Sibella Court