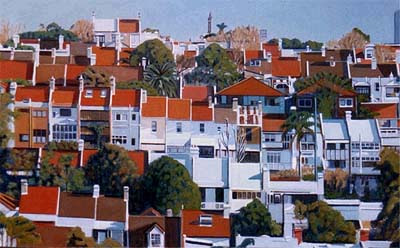 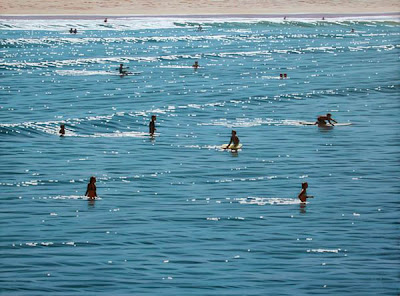 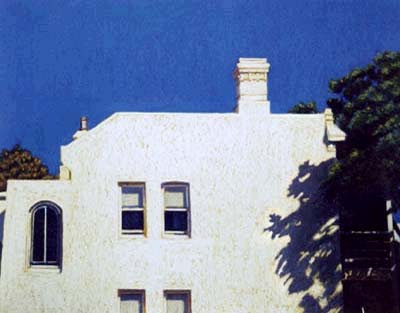 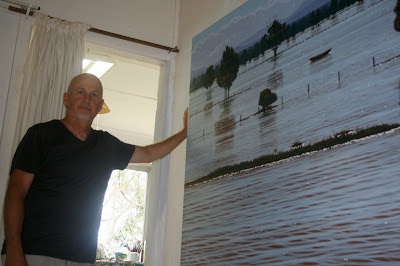 Paul Haggith is a Central Coast-based artist who didn't complete his studies at Newcastle Art School but went on to be a finalist three times for one of Australia's most esteemed landscape prizes, the Wynne Prize. He also has quite a reputation for his murals. Just look at this one in a child's bedroom.

Which five words best describe you? Loyal I must be I’ve had the same mechanic for 20 years my partner and I have been together nearly 30 years but I did drop an accountant recently after a short time - loyalty misplaced is a recipe for trouble. Vague well so others say but I never notice cause I’m too vague. Entertaining I have my moments. Persistent you have to be to make a living out of being an artist. Bald but it’s not true that we all look alike despite how many times I get mistaken for other bald, tubby, 50 year olds.

How did you get your career start and what path have you taken since? My mum always knew which clothes were mine as mine always had the paint stains on them, and they still do. So I have always painted. Yet after going travelling during art school and never making it back to finish the last year of a four-year course, I finally got back into painting full time, walked into Eddie Glastra Gallery in Paddington showed him a painting he said he liked it and did I have any more? I said I had a car full and away we went.

What’s the best lesson you’ve learnt along the way? If you don’t know what to do let time take it’s course and it will become more obvious.

What’s your proudest career achievement? That I have had over 20 one man shows and being shortlisted for the 2007 Wynne Landscape prize and hung 2 out of the next 3 years.

What’s been your best decision? At 30 to stop working full time and painting part time and get back into painting fulltime.

Who inspires you? Dedicated artists, people who overcome great obstacles. My mum.

What are you passionate about? Painting, outdoors or in my studio and getting in the surf when it is on.

Which person, living or dead, would you most like to meet? Solon the ancient Greek who created the first democracy, but there would be a problem in that I don’t know any ancient Greek

What dream do you still want to fulfil? No real dreams to fullfil other than to win a major prize instead of second, or shortlisted or people’s choice, but I am not holding my breath as they generally seem to give them to the dark moody works which is fine except I don’t do dark moody.

What are you reading? Bob Dylan Chronicles; Salt and Suits by Phill Jarrat; Jack Kerouac On the Road.