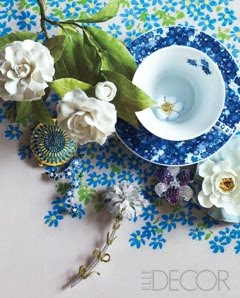 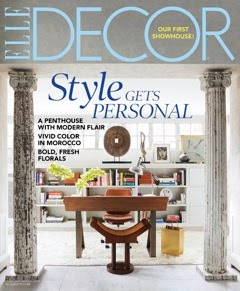 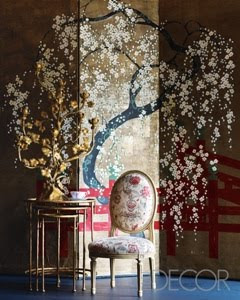 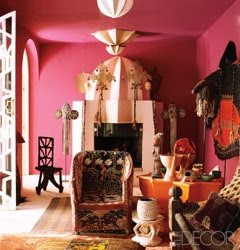 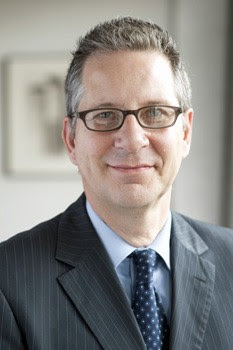 The number of interior (or "shelter") magazines in the USA has dwindled in recent years so it's promising that the ones that remain are looking at ways to stay relevant to their audience. Traditional Home has partnered with the team behind Lonny to create Trad Home. Architectural Digest is undergoing a complete revamp. And now the guard is changing at
Elle Decor.
Since Michael Boodro's appointment as editor-in-chief late last year there have already been some subtle changes to the magazine. His first issue February/March 2011 is already up 40% on ad pages from March 2010. Michael comes to the magazine with experience as editor-in-chief of Martha Stewart Living, launch editor for Culture & Travel and features editor for Vogue. He plans to bring more international and modern homes to the mix, as well as renovation stories.
Which five words best describe you? Curious, engaged, gregarious, moody, fun.
How did you get your career start and what path have you taken since? Not sure I can use the term path to describe my career — it’s been more like a game of hopscotch, back and forth and sideways. In high school I wanted to be an architect (despite never having read The Fountainhead) or the mayor of New York City. In college when I actually studied architecture, I realised I didn’t think in three dimensions, and decided to become a writer. Then I spent a decade working at museums and not—for-profit arts organisations before finally getting my first job at a magazine (GQ). It wasn’t easy to get into magazines then, and unfortunately, it’s probably even harder now.
What’s the best lesson you’ve learnt along the way? To be flexible, and honorable, and, whenever possible, kind. Also humour is crucial. I’ve never thought I was necessarily the smartest or most talented person in the room, but I am (usually) fun to have around. And I truly enjoy collaboration.
What’s your proudest career achievement? Probably creating the prototype for, and launching, Culture & Travel, all within an intense six months. For a host of reasons the magazine didn’t last, but I am still very proud of the six issues I put out.
What’s been your best decision? Finally falling in love at the age of 40. Though I’m not sure that qualifies as a decision. But it certainly has been the foundation of my happiness ever since.
Who inspires you? Of course I’m impressed with powerful people who achieve great things — or at least try: President Obama, Jeffrey Sachs, Bill and Melinda Gates. But on a less abstract level, people I know and work with continually impress and inspire me. Charles King, the head of Housing Works, an organisation I was involved with for many years, is one of the most dedicated and impressive people I have ever met. My staff inspires me all the time with their energy, enthusiasm, and expertise. And I am constantly amazed at the way artists and designers create the new and beautiful.
What are you passionate about? Passionate is such a freighted word, but I do like to think I approach most things with excitement and enthusiasm. I particularly love art, museums, travel, gardening, reading, cooking, spending time with friends, movies — there are even a few TV shows I’m passionate about, but it’s too embarrassing to get into that.
Which person, living or dead, would you most like to meet? Caravaggio — such a brilliant, tragic bad boy.
What dream do you still want to fulfill? Owning an apartment in Paris, six months traveling through India, the month of June spent touring grand English gardens and country houses, taking cooking classes. At this point none of my dreams is huge or outlandish — it’s more a question of finding the time and funds to achieve them.
What are you reading? I just finished Sarah Thornton’s Seven Days in the Art World, and just started Nicole Krauss’s novel Great House.
images courtesy of elle decor