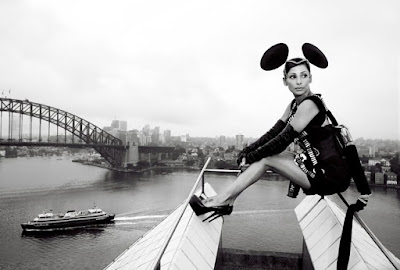 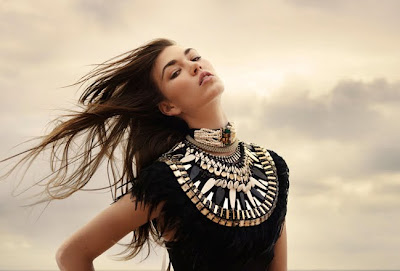 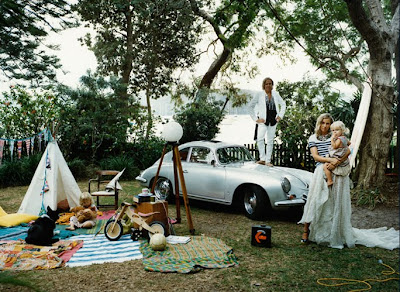 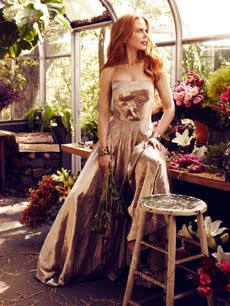 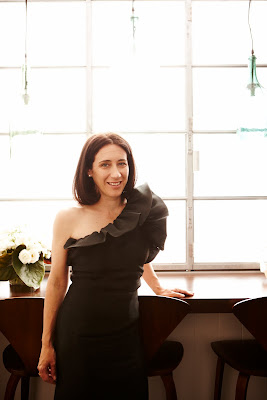 Some days working in magazine land is just magic. Like the time I got to meet Harper's Bazaar editor Edwina McCann while shooting with photographer Mikkel Vang. She was actually running a little late not only because of Sydney's usual chaotic Friday afternoon traffic but because she'd been doing a good turn for one of her staff. That consideration for those that she works with was impressive. As was her hospitality. There was much warmth in her home. Both her (twin) daughters were there, enjoying the day with both their grandmothers, who were chatting away to each other. When Edwina walked in she managed to listen to her daughters' retelling of an event from that day, get updates from her mother and mother-in-law, all the while smiling and enquiring if Mikkel and I had everything we needed. It was as far from the icy queen of The Devil Wears Prada as you could get.
Edwina's accomplishments are many. She started in the fashion cupboard at Vogue, and wrote a weekly column for The Australian for many years as well as editing their fashion supplements before becoming fashion features director at Grazia. Since taking over the editorship of Australia's Harper's Bazaar she has fostered some amazing work between photographer Mikkel Vang and stylist Sibella Court. She also opened the doors to Edward Coutts Davidson and his Wonderland extravaganza (in the April 2010 issue), which included photographer Chris Searl shooting Natalie Imbruglia dressed as Minnie Mouse on top of the Sydney Opera House in customised clothing from Sass & Bide.
The latest issue of Harper's sees Australia's Nicole Kidman in full sartorial splendour. It's also got a collections special and accessories booklet.
How did you get your career start and what path have you taken since? In the cupboard at Vogue - worked damn hard!
What’s the best lesson you’ve learnt along the way? "This too will pass."
What’s your proudest career achievement? Editing Harper’s BAZAAR.
What’s been your best decision? Marrying a man who thinks Sergio Rossi is a golfer.
Who inspires you? Diane Vreeland.
What are you passionate about? My kids, ok, and bags.
Which person, living or dead, would you most like to meet? Martha Graham, JFK, Liz Tilberis.
What dream do you still want to fulfil? Renovating my husband’s family’s barn in , and to live in .
What are you reading? The Hunter by Julia Leigh - I must be the last person alive who hasn’t read it and I have to before the film is finished.
images courtesy of harper's bazaar, chris searl, georges antoni and mikkel vang