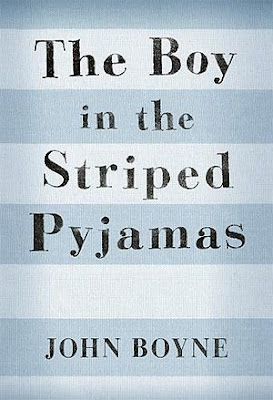 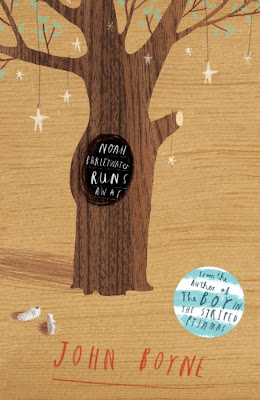 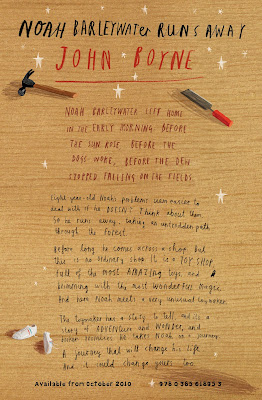 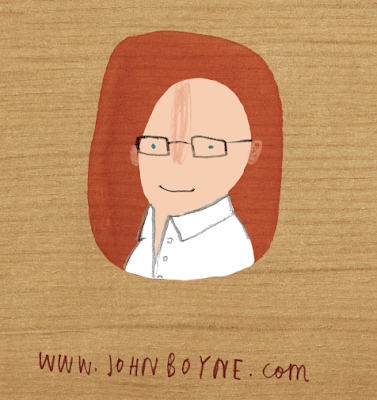 Books are my first love, although they've been sorely neglected this year. At least the literary kind. But one title that did manage to sneak its way in was The Boy In The Striped Pyjamas by Irish writer John Boyne. It looked small and so I thought it would be an easy read. In many ways it was. Yet it's a story that's incredibly powerful. It's a testament to a writer when they can make the complex seem simple. Kudos to John Boyne, who has gone from selling books behind the counter to making them fly off the shelf. The book was also turned into an equally moving film.

What was your first job and what path have you taken since? My first real job was with Waterstone’s booksellers in Ireland, where I worked for seven years before leaving to become a full-time writer.

What’s the best lesson you’ve learnt along the way? That a first draft is to a novel as a piece of stone is to a sculpture. You have to chip away at it for a long time to find something worthwhile inside.

What’s your proudest career achievement? My seventh novel The House of Special Purpose. I’d written several books from the perspective of a young character and wrote this one from the point of view of an 82 year-old man. In doing so, I tried to make the language of the book more elegant than before and I felt satisfied with the result.

What’s been your best decision? Leaving my job in 2003 to write full-time even though at the time I could neither afford to do so, nor did my career look particularly promising.

Who inspires you? A writer like Colm Toibin, who never repeats himself – The Master and Brooklyn, for example, are completely different types of stories – but manages to create lasting works of art with every novel.

What are you passionate about? Getting young people to read.

Which person, living or dead, would you most like to meet? Kate Bush

What dream do you still want to fulfil? For a long time my dream has been to spend an extended period in Australia. However I’ll be doing that in 2011 as I’ll be living in Sydney through January and February.

What are you reading? The World Beneath by Cate Kennedy. I’m enjoying it very much – the characterisations are often very funny but also perceptive; the story itself is highly engaging.

So Frenchy So Chic discount tickets!