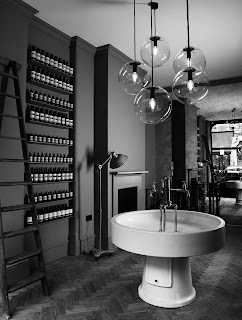 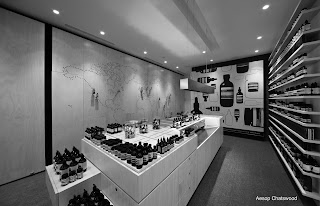 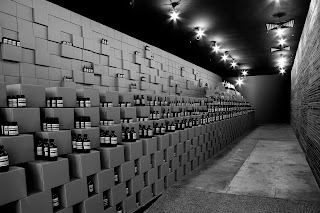 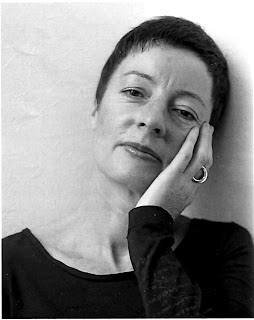 I'm a sucker for a clever idea. Take last year when I saw a parcel sitting on a colleague's desk. It was a nicely shaped wooden box with a logo and product name on the top - nothing unusual about that, you might think. But here's the clever part. The skincare product range by Aesop was called John Keats, a poet who I have more than a soft spot for. I rushed out and bought it that lunchtime. It was a treat to open the box. Inside was tissue paper printed with the poet's sonnets (which I've kept). Then there were the products. Beautifully designed, and just smelling them made me think I was giving my skin a healthy treat.

I really admire Aesop for not only it's integrity but its many collaborations, too. The first image above is the company's Mayfair store, which was designed by one of my favourites - Ilse Crawford. And the second image is the work of Ryan Russell, who I recently interviewed for Real Living. Now, meet Suzanne Santos, who has been with the company since the beginning.

Which five words best describe you? Delighted. To. Be. A. Woman.
What was your first job and what path have you taken since? My first job was in a pharmacy in Ballarat, the town in which I grew up. I worked in the pharmacy during the school holidays for three Christmases. Later, I attended university, starting but not completing two degrees, one in Applied Biology, one in Arts. I filled the time around these studies by working for welfare agencies. I worked with indigenous people in Perth, then for an organisation that helped families in need in Victoria. For the past 23 years I have held various roles at Aesop.
What’s the best lesson you’ve learnt along the way? I’ve learned the world is full of opportunities to give, share and listen.
What’s your proudest achievement? Beginning involved with Aesop. We began with radical, honest intentions and have stayed true to them. What’s been your best decision? To become a parent.
Who inspires you? I am in awe of women and men who rise up against brutally in the name of freedom.
What are you passionate about? Human rights.
Which person, living or dead, would you most like to meet? The world is full of remarkable people who make an impact and are neither famous nor celebrated, but have lives that are fascinating and of enormous worth.
What dream do you still want to fulfil? For a long time, I have wanted to walk across India, moving through village and urban areas, observing the wonder of that country and its people.
What are you reading? Cloud, Castle, Lake by Vladimir Nabokov, a story that explores totalitarianism, memory, and notions of happiness.