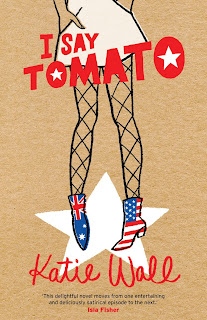 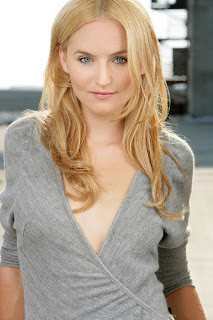 I feel like I'm emerging from an 18-month hiatus of reading. Well, I have read a few books but not consecutively or with fervour. (Working full-time, being a mother, blogging, working on a few other exciting little secret side projects has done that to me.) But this past week there's been a change. I've just finished two books in a row and I'm back writing again. The first book was I Say Tomato by AFI award-winning actress Katie Wall - a fun and light read about the film industry in LA, a satire of sorts. (The second is a proof copy of Kelly Doust's yet-to-be-released memoir.) Katie has appeared in films such as Clubland and My Year Without Sex. She was also in Underbelly and Love My Way. For anyone who is curious about what it's really like for Aussies trying to make it big in LA, this provides a great insight. It reminded me a little of the film Ellie Parker, starring Naomi Watts, just without the angst (well, not quite so much).

Which five words best describe you? Excitable, loving, happy ,quiet, and unconventional.
What was your first job and what path have you taken since? Paper collating (putting together booklets.) Since then I have moved on to acting and writing.
What’s the best lesson you’ve learnt along the way? To have no expectations.
What’s your proudest career achievement? Winning an AFI, and having my book published.
What’s been your best decision? Getting married and having a baby. Who inspires you? My family.
What are you passionate about? Cooking, sunshine, Australian film and television, friends, and the poppy seed and berry spelt scones at my local bakery.
Which person, living or dead, would you most like to meet? The Dalai Lama.
What dream do you still want to fulfil? To live in India.
What are you reading? Baby Love