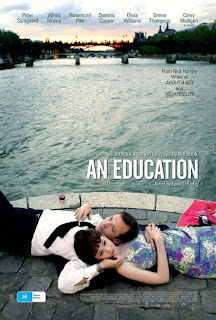 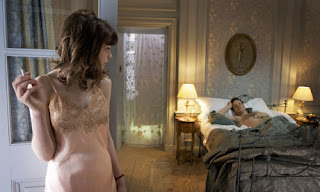 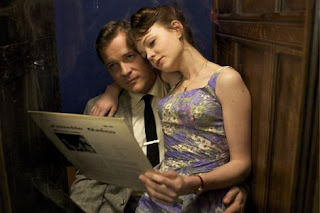 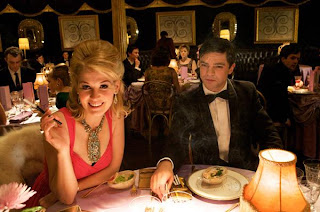 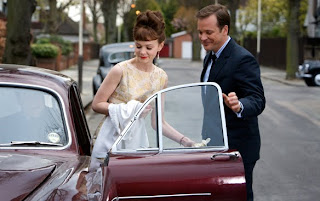 Sorry for the lack of posts this past week. I've been sick with a cold and flu and unfortunately it coincided with a major styling shoot - four setups in one day (Friday). As it happened that was the worse day of my illness but there was no way I couldn't plough through and just get the job done - a location, photographer (up from Melbourne), numerous couriers and removalists had all been booked. I'm not too thrilled with the first shot of the day, but hopefully the rest will survive the cutting block. We'll see...

So after the shoot I followed my usual Friday evening ritual and watched a DVD. I'd heard great things about An Education and wasn't disappointed. In fact, not only did I really enjoy the film but it left my mind ticking for days later - I'm still pondering on it, actually.

I can really relate to the central character; her naivety at that age about how the world "really works", and her dreams of living in Paris. I love the scene of her lying in her bedroom singing along to French records. Perhaps that's what inspired me to make Boeuf bourguignon (thanks, Stephanie Alexander) and drink red wine while listening to the beautiful Mademoiselle CD by French chanteusse Berry yesterday.

The film's screenplay was by Nick Hornby, who I'm really starting to think is a bit of a legend. He also wrote Fever Pitch, About a Boy and High Fidelity.