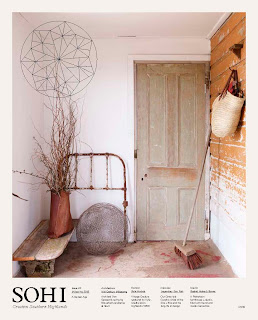 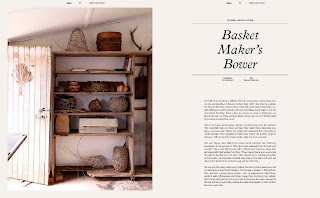 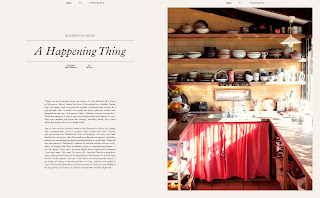 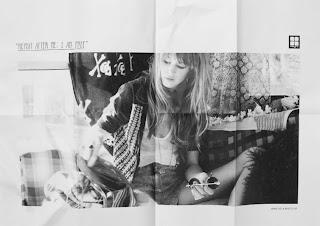 The work of photographer Chris Searl
- represented by Rebecca Wolkenstein. 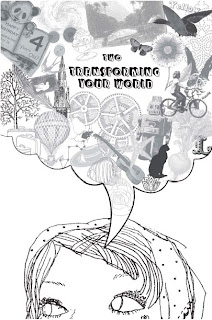 The work of designer and illustrator Beci Orpin
- represented by Rebecca Wolkenstein. 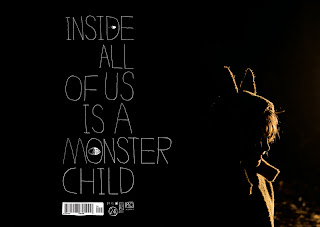 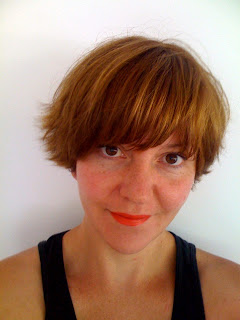 Some people can't help but be creative... and prolific. Rebecca Wolkenstein is one such person. She started out studying photography then moved into producing and now is an agent looking after esteemed photographers such as Chris Searl and Julian Wolkenstein (yes, her husband) as well as designers and illustrators such as Beci Orpin. She is also the publisher and driving force behind the coolest (fastest-selling, quite possibly) little mag, SoHI. PLUS, she launched Creative Caravan - a house swapping site for creative types.

Which five words best describe you?
Multi, parallel, real, diffuse, together (they're a bit random but they came from a place of truth).

What was your first career job and what path have you taken since?
My first career job was given to me by the indomitable Guy Venables at Look. I was at RMIT studying photography but wanted to be a producer. Guy took a chance on me and I worked under Doone Colless who now owns Coco Productions [for real living readers, the home of Doone is in the onsale May issue]. She taught me enough about production for me to realise that it's very stressful and (to me) unrewarding and thankless, so I decided to feign production incompetence at every agency job I have had since then. This left me with the freedom and time to concentrate on representation only. I met my husband Julian Wolkenstein while working at Look and we moved to Sydney to be together in 2003. I worked for the Kitchen and Encompass, but left for London about six months after moving to Sydney. I got a job at Webber represents in London and fell pregnant with my first daughter, Betty Jean, almost immediately after arriving! We decided to have her there and we had another little girl, Evie, before moving back.

When we arrived home, a series of twists and turns led me to start my own agency. I started with just a few artists but wanted to dabble in illustration representation, so met with Beci Orpin who had never had an agent before and I started repping her. It was a great situation for her, being the only illustrator and it was a gentle learning curve for me, with both of us muddling through every brief and budget together. This is actually how I met Jeremy from Jacky Winter. I actually had the cheek to call him up to ask his advice about rates for Beci! I think this was the start of our camaraderie which has since led to bigger things.

The agency got to a reasonable size last year and I was representing people like Jonathan Zawada and Andrew van der Westhuyzen from Collider. At the same time as the agency was growing I started Rock of Eye with Jeremy, representing design celebrities like Si Scott, Alex Trochut and Vault 49. And at the same time as THAT I launched SOHI Magazine. This year I have wound down the agency work a bit to concentrate on community engagement through SOHI. I am now only working with Julian, Chris Searl, and have taken on Matthew Sleeth for special bookings work.

Oh, I forgot one thing. I also own Caravan. It's a creative house swap and sublet site. I am hoping this is my little nest egg, but it's yet to be monetized. It's on the list and being worked on as I type.

What’s the best lesson you’ve learnt along the way?
I always say I'm not a huge one for learning lessons. I am constantly making mistakes then not learning from them. I really don't think I am a good person to take advice from! I have one lesson though that I think is really important. If you're going into a joint venture, go on dates before you get hitched. There is a really good article here to explain what I am talking about. I have been lucky to learn cheaply what makes a good business partner and what makes a bad business partner. I always say a lesson learned cheaply is a lesson well learned.

What’s your proudest career achievement?
That's a really hard one. If I set myself a goal I usually achieve it and the great memories diminish with time, so my proudest moments are all in front of me in my imagination. It's a strange one, but I think at the time, getting into RMIT was my proudest achievement even though it was 10 years ago. The intake was really small and it was so tough to get in. I remember getting my acceptance letter and pinning it to my shirt. I was a bus driver at the time for State Transit and I wore it on my shirt for my whole shift so all my workmates and customers could see!

What’s been your best decision? My best decision of the last few years was to move to the Southern Highlands. It hasn't been a cure-all but now I have the lifestyle Julian and I dreamed about for many years. We are about to get Bantams, we have a manageable mortgage on a beautiful house, we have a raspberry patch and the weather is mild. We have a village association and collect our mail from the post mistress, and there are a lot of Sydney refugees down here just like us. Childcare is cheap and available, and the region is thriving creatively and economically. SOHI has been a celebration of the move.

Who inspires you? Jeremy Wortsman constantly inspires me, as does Beci Orpin. I get inspiration spiritually from my friends Tamara Maynes and her partner Sacha Klave, and my friend Monique Germon. I am inspired by my family's lack of interest in what I do - it brings me back to earth and shows my relationship with them is based on love only. Professionally I have a girly crush on Miranda July and I really admire Aussies like Abigail Crompton, Lucy Feagins, Megan Morton, Becks Quade and Kate Bezar. And you can take it for granted that Julian, Betty and Evie inspire me every day.

What are you passionate about?
I am passionate about community and creativity. I think this is the most exciting time historically to be alive with new channels popping up every day. If I were 100 times smarter I would be inventing companies like Digital Democracy, or creating work like the community building projects of Candy Chang. But for now I am just trying to do my bit locally the best way I know how. I do believe the world's social problems can be solved by combining community and creativity.

Which person, living or dead, would you most like to meet?
I would say that right this minute, it would be Candy Chang. I have so many questions for her. I feel like meeting her would open up my brain and make it more responsive to different ways of thinking.

What are you reading?
I am reading the Six Thinking Hats by Edward de Bono. It's a very simple little book explaining his problem-solving philosophy. It's great for us creatives who get way too emotional about pretty much everything.