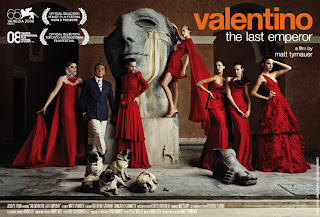 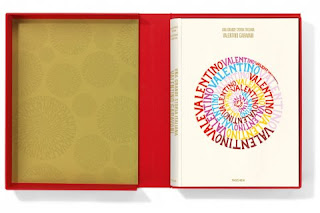 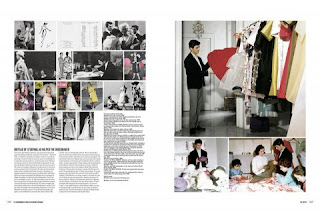 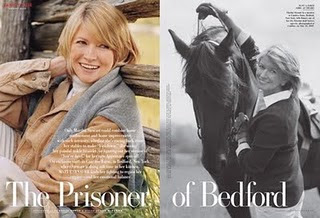 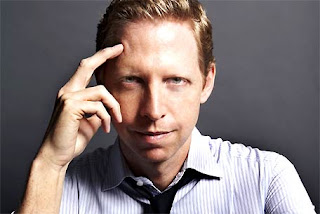 Politics and fashion seem a funny mix. But not really when you think about it. They're both about egos and image, and often great stories are embedded within the drama.  Matt Tyrnauer spent much of the early years of his career writing about politics - in 1992 he edited a special edition of the New York Observer on the Democratic Convention in NYC - and went on to write regularly for Vanity Fair magazine, where he is currently a special correspondent. His features for the magazine include the post prison cover story on Martha Stewart and features on Valentino Garavani and Bret Easton Ellis.

Most recently he made the film Valentino: The Last Emperor - one of last year's highest grossing documentaries, which was also shortlisted for an Oscar. I wrote about the brilliance of it here.

Matt was also the author behind the breathtaking book: Una Grande Storia Italiana: Valentino Garavani (Taschen, 2007). And, interestingly, his dad was one of the scriptwriters behind my favourite childhood TV show Colombo, as well as Murder She Wrote.

What was your first career job and what path have you taken since? I worked in politics as a kid, then journalism, which has led to this stage, making movies. I studied film in college.
What's the best lesson you've learnt along the way? A wise political hack once told me "Stay away from the hysteria." He meant in political campaigns, but I think it applies to every field in which I have worked.
What's your proudest career achievement? This is where you say, "my children, Zoe and Sam," but, as I don't have any, I will say getting getting a movie made.
What's been your best decision? To attend Crossroads School - a high school in Santa Monica, California.
Who inspires you? Gore Vidal, Graydon Carter, Wayne Lawson, Rachel Maddow. Also: anyone who approaches a heavy challenge like an illness or a big set back and keeps going. Best of all: Barack Obama. I still can't believe he's president. It's too good to be true.
What are you passionate about? Progressive politics and the liberal agenda, which, in a nation less dysfunctional than the U.S. should lead to a greater level of social justice. In the material category, I am obsessed with Modern furniture; and design, all aspects from architecture, to furniture to graphics. Also: Italy, particularly Rome and Naples.
Which person, living or dead, would you most like to meet? Quite a few: John Ford, Robert Aldrich, Caravaggio, Bernini, Borromini, Lincoln, Jefferson, Samuel Hahnemann, the inventor of homeopathy.
What dream do you still want to fulfil? More of the same dreams. I am a big fan of repetition.
What are you reading? "The Secret Diaries of Sir. William Hamilton." I am reading them in Italian, and it's taking me a very long time.