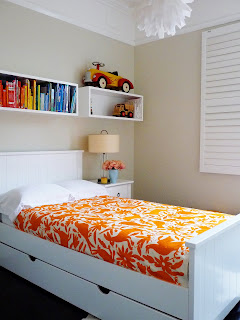 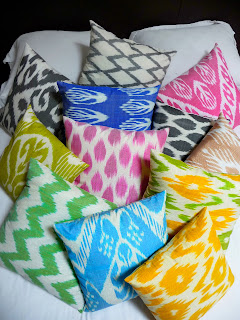 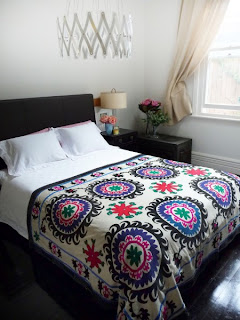 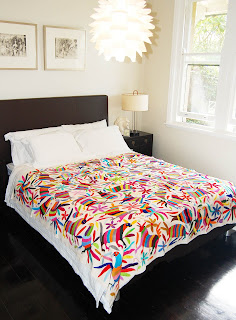 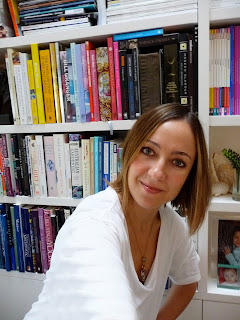 Some people blaze onto the blogging scene, and one of the most recent stars is Louise Bell from Table Tonic. Not only has her site gained many fans in a short amount of time but she's also managed to launch an online homewares store selling beautiful imported fabrics and bedlinen. Think Mexican suzanis and ikat designs. Louise used to be creative director at ACP Magazine's Cosmopolitan and Cleo.
Which five words best describe you? Organised, pragmatic, resourceful, visual, efficient.
What was your first career job and what path have you taken since? I was a junior designer at Cosmopolitan magazine, and only recently left the publishing industry as Creative Director of Cosmo, a marriage and 2 children later. I have since reignited the frustrated stylist in me and started Table Tonic, an interiors blog, as well as a Table Tonic online homewares store.
What's the best lesson you've learnt along the way? Politeness and persistence is a killer combination - one that will get you anywhere!
What's your proudest career achievement? Being nominated for (graphic) Designer of the Year at the Magazine Publishers of Australia awards (and subsequently being invited back twice as a judge).
What's been your best decision? Going against the flow, taking the plunge and starting my own business feels so right. And at risk of sounding modest, I've surprised myself. Definitely the best decision I've made so far.
Who inspires you? People who exhibit one or several admirable traits: honesty, passion, kindness, patience... And people who are "living the dream", doing what they adore, every day.
What are you passionate about? Quality, beauty and natural materials - everyday objects that not only stand the test of time, but get better with age. Oh, and good food.
Which person, living or dead, would you most like to meet? I'd love to have had an opportunity to have a grown up conversation with each or any of my grandparents. I lost all 4 of them when I was still quite young.
What dream do you still want to fulfil? To live in a foreign country. Like most people, I think a stint in Paris holds stacks of appeal.
What are you reading? Sia Furler's Tweets, The Business Bakery's "Daily Juice" blog archives, and book-wise, I just finished Bringing Home the Birkin by Michael Tonello. It was pure escapism, but also incredibly insightful, being based on a true story. I think I read it in 48 hours.