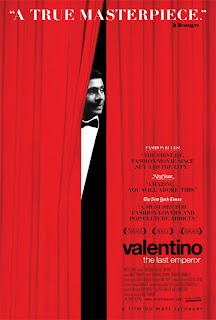 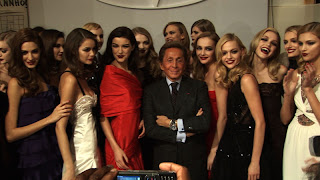 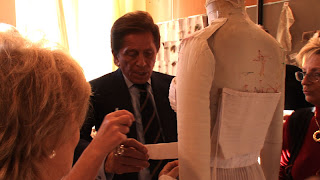 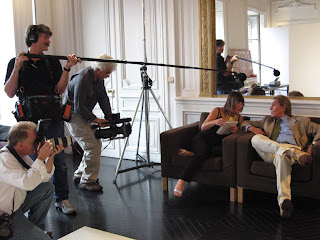 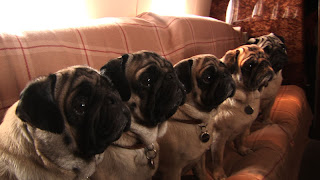 I actually studied documentary-making as part of my Master of Arts degree many moons ago and a love for that medium has stayed with me. When a documentary is done well it can be just, if not more, rivetting and entertaining than a fictional feature film.  (And one day I hope to make another documentary - yes, it's on the long list of my to-do list.)

This weekend I watched Valentino: The Last Emperor and laughed at the so-honest-advice-it-could-only-come-from-a-partner by Giammetti. I cried when Valentino took his last bow. I marvelled that the seamstresses in his atelier had once received a sewing machine but NEVER used it, and so stiched every single haute couture garment by hand. I picked my jaw up off the floor when seeing Valentino's numerous homes in Paris, Rome, London, New York and Gstaad. I was saddened that finance has taken over fashion, and that the skills that went into making Valentino's gowns will be lost. And I felt resolved to work harder and be as focussed as this legendary designer.

I was also blown away that this was the first feature by Matt Tyrnauer, whose words I've read many times in Vanity Fair. It is a must-see film.

you only live once