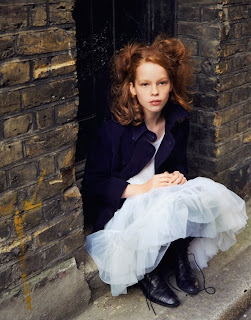 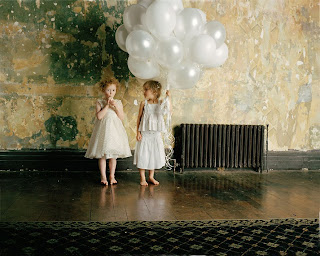 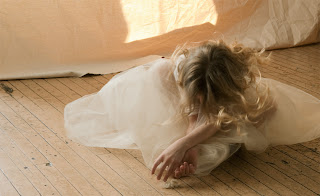 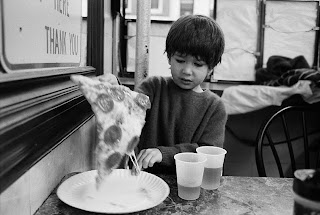 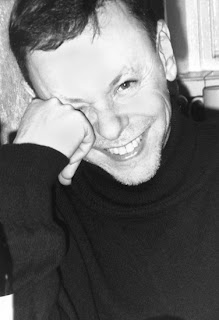 Don't each of these photos capture a golden moment - a time between play and posing; awareness and obliviousness? They're the work of New York photographer Drew Sackheim who got his start photographing high-profile musicians such as Ray Charles, Ella Fitzgerald, Mick Jagger, Elton John for Rolling Stone magazine, among others. He then moved to Europe and focussed on fashion photography before returning to America, and creating sublime images for the likes of Vogue Bambini.

Which five words best describe you? Determined, sensitive, analytical, studious, quirky.
How did you get your start as a photographer and what path have you taken since? When I was just starting to learn to take photos, I took a photo at a concert of a major artist who was with MCA Records (Universal Group). I ran down in front and shot a roll of film in the days when you could do that sort of thing and no one would bother you. My family happened to have a friend who worked at the record company and he'd occasionally give me albums. I decided to give him a print of one of the photos. They ended up buying the image and put up a giant print in the Universal Studios commissary. Then they gave me my first jobs photographing musicians. Eventually I found myself being influenced by fashion photographers and that in turn led me to Europe.
What advice would you give to aspiring photographers? It's a bit of a paradox; learn to trust your own instincts as much as you can... and also allow room for feedback from a person or two that you respect and trust.
What’s your proudest career achievement? There have been various occasions where I've done a story - for editorial or even just for myself - and felt that I did what I considered to be outstanding work at that moment in time. More specifically I was quite proud of my very first story for Vogue Bambini as it was a goal I'd had for a long time... and I was really happy with how it looked on the page.
What has been your best decision? To go and live in Europe immersing myself in European culture for many years.
Who inspires you? I find inspiration in all sorts of places and from all sorts of people. I'm particularly inspired by artists, musicians, designers, teachers, and film makers who have quite a bit of the rebel in them and put everything they have into their work. They create with an unmistakable passion and a very personal voice: Akira Kurosawa, Alexander McQueen, Neil Finn, Pete Townshend, Joni Mitchell, Caii Quo Chang, Modigliani, Gerhard Richter, Emaho, Miki Dora (the late renegade surfer) to name a few. There are many more.
What are you passionate about? I'm passionate about beauty, personal development, communication and music. I've played instruments for most of my life and it's been very complementary to photography and helped me to be even more passionate about music.
Which person, living or dead, would you most like to meet? Perhaps Paramahansa Yogananda and Henri Cartier-Bresson.
What dream do you still want to fulfil? I'd like to have a gallery show with the idea of creating new avenues of expression for my photography.
What are you reading? Be Quick - But Don't Hurry by Andrew Hill with John Wooden. It's about the teachings of John Wooden, the legendary basketball coach of UCLA. A random quotation from the book: "Focus on effort, not winning".