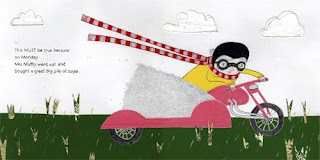 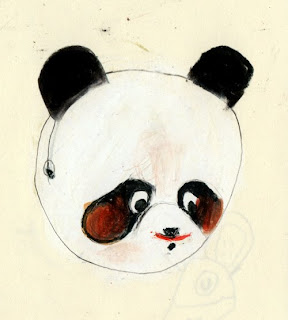 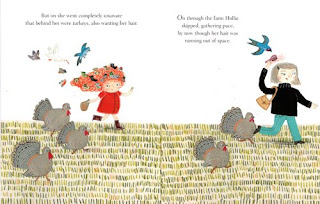 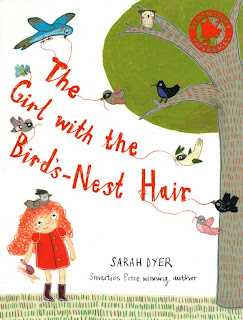 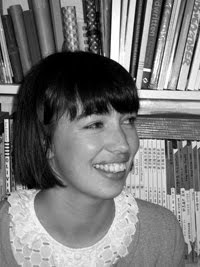 I came across the cute and quirky illustrations of Sarah Dyer via Antonia Pesenti (who I interviewed here) on her blog Maisonette. Sarah has already achieved so much since graduating from university in 2001. Her first book Five Little Friends won the Bronze Smarties Prize and the United Kingdom Reading Award award. It has gone on to be translated into eight languages. She has since written and illustrated four more books: including The Girl With the Bird's Nest Hair (published July 2009) and A Monster Day At Work (due out February 2010). In her spare time, Sarah teaches at Kingston University.


Which five words best describe you? Busy, smiley, gregarious, competitive & forgetful.
What was your first job and what path have you taken since then? My Dad is a printer and so when I was younger my brother and I used to tie string to tags or collate huge piles of paper swatches for pocket money. The noise and smell of a printing factory brings back memories for me and I can't help sniffing a freshly printed book or magazine! I had of course various Saturday jobs in as well, and then I went on to Kingston University to study illustration. I graduated in 2001 and was very lucky to have my first children's book published in time for my degree show.
What's your proudest achievement? Dedicating my first book to my family and seeing it in bookshops, especially as it went on to win the bronze Nestle Smarties Book Prize the year I graduated. What's been your best decision? Several good decisions... getting a fantastic agent in the form of Sophie Hicks from Ed Victor Ltd, she is hugely supportive of me and deals with all the nitty gritty stuff like contracts and meetings which a forgetful illustrator like me is not very good at handling. It can be very difficult asking for lots of money for something you feel very lucky to be doing... saying 'yes' to my now husband when he was down on one knee on a random bridge in the middle of Venice... sharing a studio in London with someone I didn't know who is now my lovely talented friend Helen Murray who is amazing and who I miss very much now I've moved to Brighton... and deciding to do an MA in sequential design & illustration at Brighton University... but maybe not in that order!
Who inspires you? Many different artists & illustrators - Charley Harper, Saul Steinberg, Kveta Pacovska, Jeff Fisher, Bruce Ingman, George Hardie, Marc Boutavant, friends and family too, but in a different way. Students I teach at Kingston University, their curiosity and ambition is inspiring!
What are you passionate about? Children's books, going to literature festivals to see, read and draw for children that actually love my books, it's good to remember who I'm doing this for. Living by the sea again after being in London for almost 10 years.
What's the best lesson you've learnt? Doing my tax return by myself!
Which person, living or dead, would you most like to meet? My grandfather - my Mum's Dad. I have met him, but I was very young when he died and I would like another chance. Neither of my parents are particularly creative but I have vague memories of him drawing things for me to colour in as a child. I would love to just sit and ask him questions.
What dream do you still want to fulfil? At the moment it is completing my MA to the absolute best of my ability.
What are you reading? London by Edward Rutherfurd which my Mum bought for me, and It's Nice That 2 which is a publication to go alongside the fantastic blog itsnicethat.com