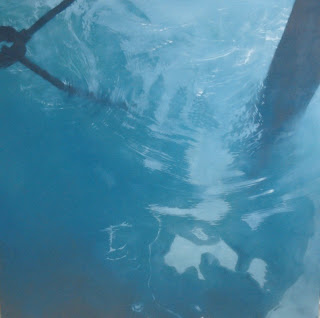 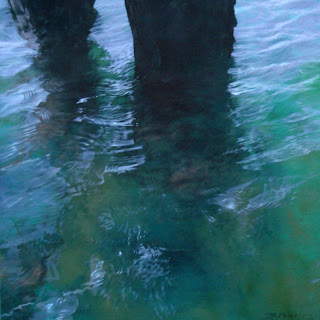 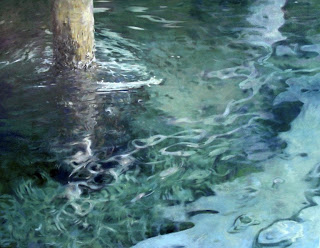 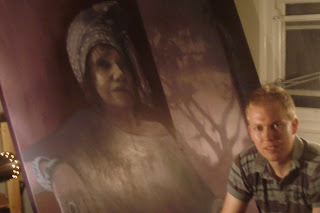 I don't tend to think of myself as old but perhaps I am. After all, this is the second artist I'm featuring this week who is still in their 20s and having great success. Both Hilton Owen and John Philips seem so green. John Phillips is just 28 and he's already been an Archibald Prize finalist, for goodness sake! Not only that - he has exhibited in Switzerland as well as several group shows. These works are part of his current solo exhibition at the Frances Keevil Gallery. Beautiful.

What five words best describe you? Optimistic, forgetful, messy, adaptable, excitable.
What's your proudest achievement? Being shortlisted for the Archibald Prize 2008.
What was the starting point for this exhibition? I began painting water scenes as a means of testing my ability to paint. I have continued because water fascinates me. Some paintings in this current series remain purist exercises is expressing water and light, others also engage open narratives.
Who inspires you? I have great friend named Kieran Courtney. He is blind. Never once have I heard him complain, or wish for anything more from life. His positivity is contagious.
What are you passionate about? Painting. Although I'm a trained architect, my mind rests with the paints.
What's the best lesson you've learnt? There is always a better painting.
Which person, living or dead, would you most like to meet? William Turner.
What are you reading? Odd Thomas by Dean Koontz.