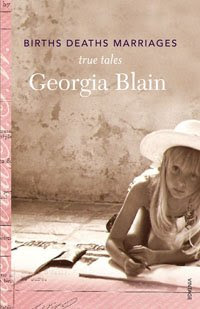 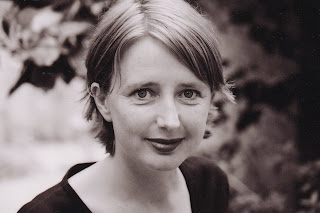 That's it. Next year I'm packing my bags and heading to Writers' Week at the Adelaide Festival. While I've enjoyed the talks at its Sydney counterpart for some time, I was jealous of those who were attending the South Australian version. Peter Carey was there, for heaven's sake! And Ian McEwan, Geraldine Brooks, David Malouf, Germaine Greer, Georgia Blain... I truly feel awful that I didn't go this year. But as consolation I did get a chance to hear from Georgia about her latest book Births Deaths Marriages, which I loved. Actually, that's a great consolation.

What five words best describe you? Sometimes pleasant and sometimes not.
What's your proudest achievement? Being published twice in Granta - an English literary journal I admire above all others.
Who inspires you? Germaine Greer
What are you passionate about? Brave creative work that gets you in the head and the heart.
What's the best lesson you've learnt? You can't teach an old dog new tricks.
Which person, living or dead, would you most like to meet? Edmund White - I admire his autobiographical writing hugely.
What was the catalyst for writing your first novel? A mentorship with the Australian Society of Authors - it helped me to have the courage to take writing seriously.
Has the process of creation changed with subsequent books? Every book is very different - the only thing that stays the same is the battle against the self doubt.
Births Deaths Marriages is written with such honesty - where did you find the courage? From my mother - she kept telling me to keep going.
What's next? I have no idea!

have you met miss jones