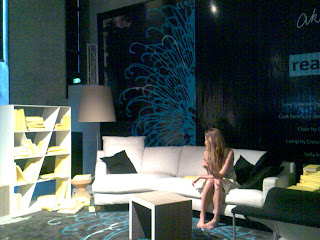 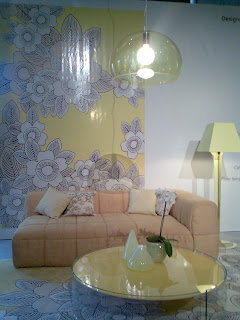 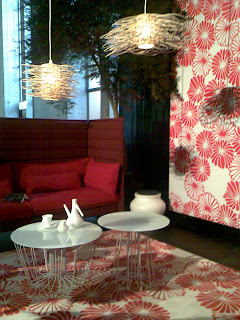 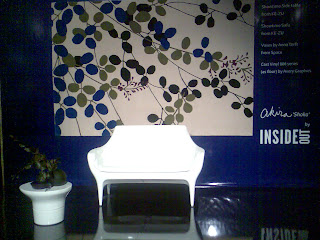 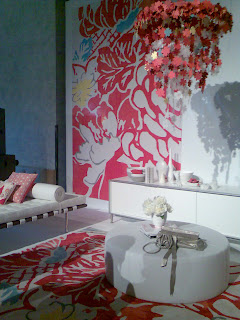 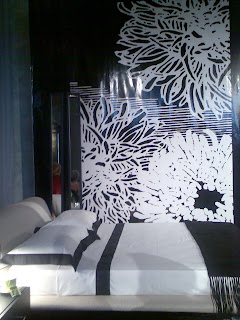 I really cannot believe it's Friday. And I just know that the weeks are going to pass even faster now that we're approaching the silly season. Next week is the ACP Magazine's Christmas party and seemingly a hundred other events. So what happened this week?

Tuesday - glamour lunch: Real Living hosted a Christmas lunch for industry players. Radio personality Jackie O was the host, celebrity chef Pete Evans catered and McGuigans Wines provided the vino. The event was styled by Alice Flynn: she recreated our Christmas cover and the room looked amazing. I'm kicking myself that I didn't take a photo.

Wednesday - Designer Rugs 6 on 6: the (slightly grainy - sorry!) photos above were taken at a Designer Rugs event where they asked 6 interior magazines to create 6 room sets using only 6 items. The rooms also had to incorporate the latest rugs that fashion designer Akira Isogawa created for them.

Friday - congrats: one of my very good friends Bianca Tzatzagos just won Editor of the Year at the Bell Awards. She's such an inspiration to me - basically styled my entire wedding. Hoping to do a post on her soon.

This weekend? An election party (not as bland as it sounds) - think David Williamson's play Don's Party (okay, maybe not that much debauchery) and a 30th birthday party on the same night. Also, driving out to Casula on Sunday to get a painting restored. I bought it a few years ago from an amazing woman Gina Sinozich who only started painting at age 70 and has since had her works bought by the National Gallery of Australia!