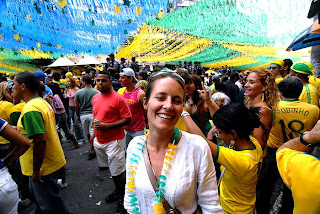 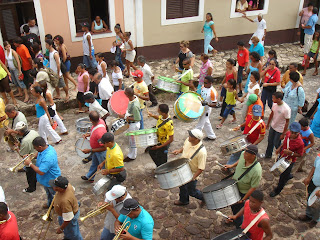 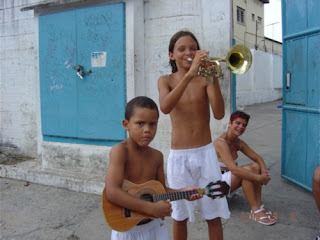 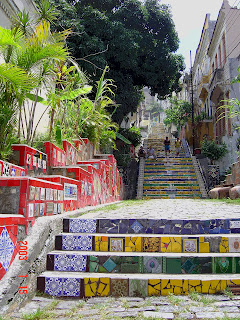 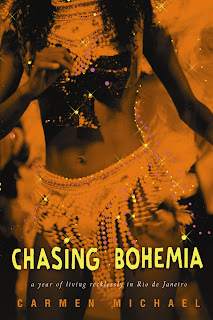 How long has it been since you raced through a book? For me it happened this week - it took only three days to read Carmen Michael's fascinating travel memoir about running away from "nine-to-five" life to live Rio de Janeiro. I didn't realise how little I knew about Brazil's vibrant culture until flying through stories about samba and the bohemians in Santa Teresa.
Many people dream about running away from “nine-to-five” life but nothing becomes of it. Why do you think you went for it? I was going crazy in the mainstream world. The mind-numbing repetitiveness of nine to five and society’s obsession with buying houses was worse than any mental institution. It seems hard to believe that evolution has led humanity to this point. When I decided to stay on in Rio, I honestly believed I had nothing to lose.


Did you ever feel pressure from friends or family that you were doing the wrong thing? If so, how did you respond to them? Luckily my parents are fiercely independent people, so they understood my need to get out of the "system". It drove them mad, too. Harder to explain, though, was what I was doing in Rio and why I was taking on a life of a penniless writer. That was why I wrote the book. It was my way of explaining to them what it was that made me run.


Did you ever question your decision? No. I do have a greater concept of what I have given up – stability of income, that sort of thing – but they are not things that would have ever turned me around.


Who did you look to for inspiration? The people who feature in my book – namely Chiara, Carina, Gustavo and Fabio – were my greatest inspirations. They were prolific characters with extraordinary perspectives and experiences, and there is not a day that goes by that I don’t remember something they said or did that changed my life.


What made you decide to write a book? I was a closet writer of tortured diaries and angst-ridden poetry for a long time before I found my subject in Rio de Janeiro. The cat got out of the bag when I started writing epic emails to friends and family about life in Brazil. They forwarded the emails onto other friends who forwarded them onto others and I would find myself getting emails from complete strangers saying, "God, I loved that part where you fought off five cowboys with a bottle of Jo Malone perfume." I decided there was a story in it and put it down.
How did you find that process? The creative process is a strange and wonderful experience. Everybody is different. I see inspiration and creation as separate processes. Inspiration is fluid, spontaneous and unconstrained. The creation is disciplined and structured. When I was "researching" Malandros, I would be out at clubs and cabarets every night until seven in the morning. But when I came to write about malandros, I would rise every morning at seven, write uninterrupted until midday and then go running on Ipanema beach in the afternoon to clear my head.
Which writers do you admire? I seem to always return to classics like Victor Hugo, Ernest Hemingway, Borges and Dostoevsky, but I cannot live without the storytellers. A novel of Tim Winton, Peter Carey or Isabelle Allende is just as important to my life. I also love the novels of Brazil’s Machado de Asoss. William Dalrymple's City of Djinns about Delhi was definitely an inspiration for my current book.
Do you have a credo that you live by? No, but there is a quotation of Oscar Niemeyer - the one-hundred-year-old Brazilian modernist architect – that seems to return to me at critical points in my life. He said, “Life is more important than art."
What would you say to someone who is struggling to find the courage to pursue their passion? I will borrow one more quotation, from Nick Cave this time, and that is "it’s a beautiful life if you can find it". If you are lucky enough to even have a passion, then you have no options except to pursue it. The other road, of denying yourself, is far more treacherous. And don’t ever be afraid of failure. It is the ultimate indulgence, a warm mucky bath in which every artist wallows for some time, not to mention the source of inspiration for years to follow.
photos courtesy of carmen michael