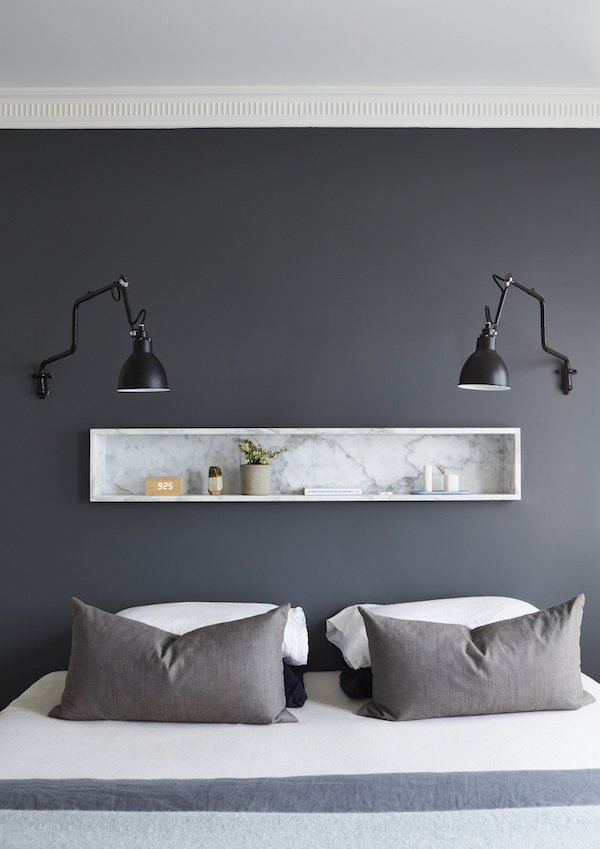 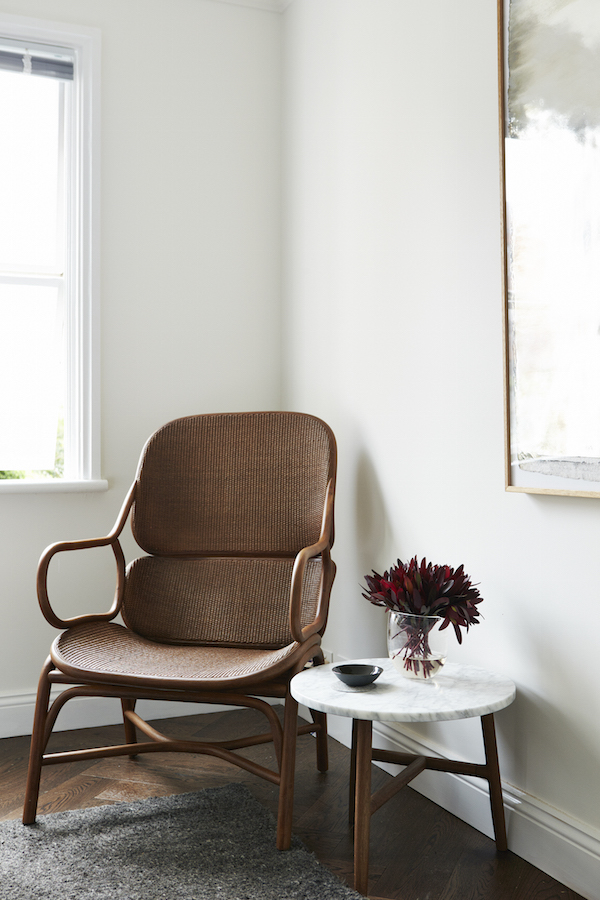 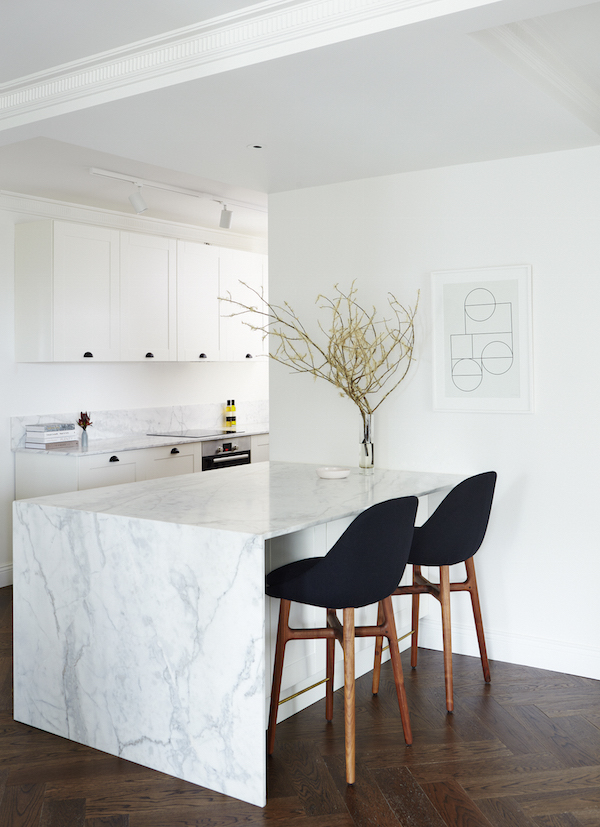 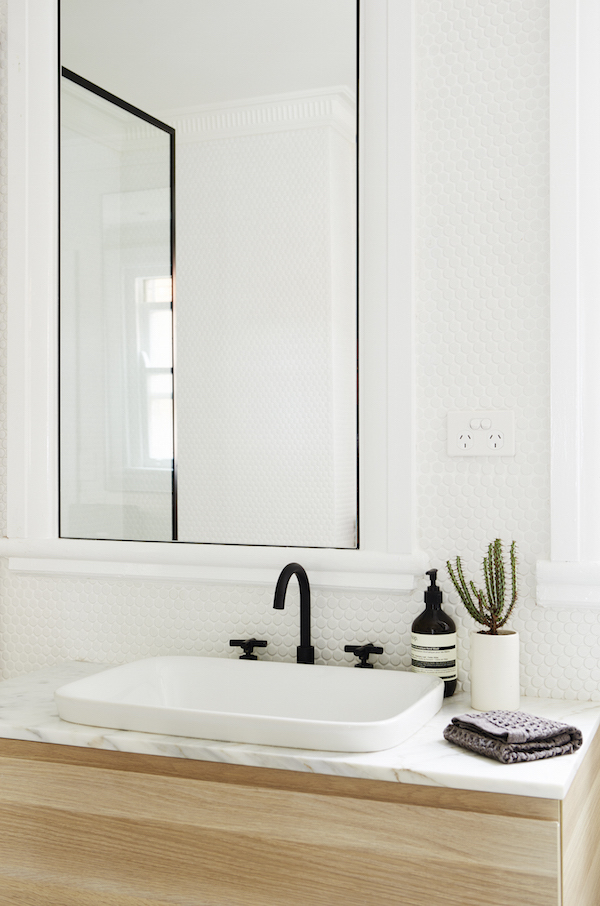 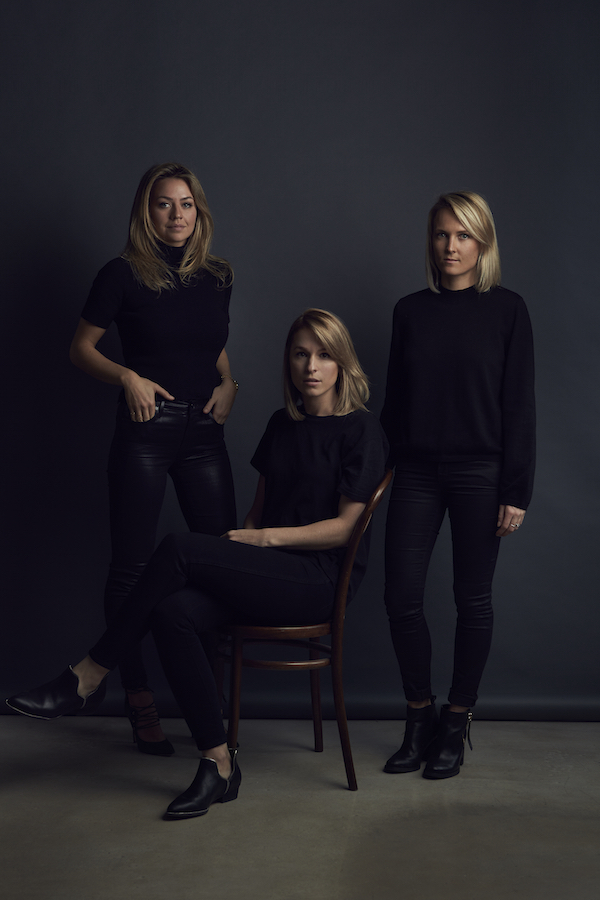 Award-winning Sydney-based interior design practice TomMarkHenry comprise Chloe Matters, Jade Nottage and Cushla McFadden.
Today they are sharing an insight into the interiors they created for a residence in Bellevue Hill. The homeowners wanted to modernise an Art Deco apartment while still retaining character features.
You can read more about TomMarkHenry in their original Daily Imprint interview.
What was the starting point? The existing space was over 50 years old and had never been touched. The rooms were very segregated and blocked existing views, light and features of the property. The brief was to take a tired, old space and open it up to the view and natural light. The space had to be more functional and modern and appeal to a broad market for resale.
What approach did you take? We designed with a target market in mind whilst fitting into a budget and also meeting the brief to open up the space effectively. We approached this by understanding the buyers in the area and what they would want, and the requirements of selling to that target market, whilst being wary of our budget.
What influenced your choice of materials and palette? A large influence was to have a timeless, clean design that not only was sympathetic to the building but also to the target market of the potential buyer. A tonal and classic palette was used against crisp white walls with timeless stone kitchen and bathroom benchtops, herringbone timber floors, oak joinery and traditional skirting and moulding details.
What obstacles did you encounter, and how did you overcome them? We had to take down several walls, which meant we had to put structural beams in. This ate up a lot of the budget. We also had to retain existing plumbing due to restrictions within the building. We overcame these issues by prioritising the key aspects of the space that would add value over alternative materials where we could save money.
What’s your favourite feature? The bedhead wall with in-built marble shelf, which was a very effective use of that space. This eliminated the need for bedside tables and meant we could open up a space for a walk in wardrobe.
images courtesy of tommarkhenry 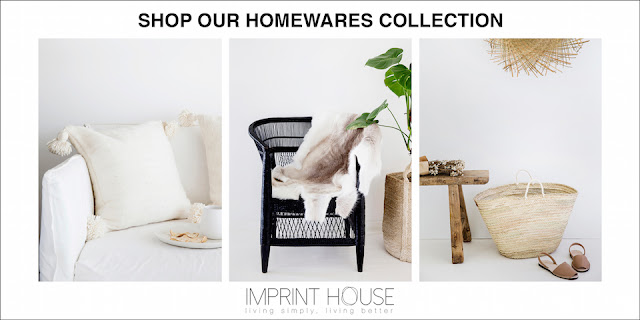