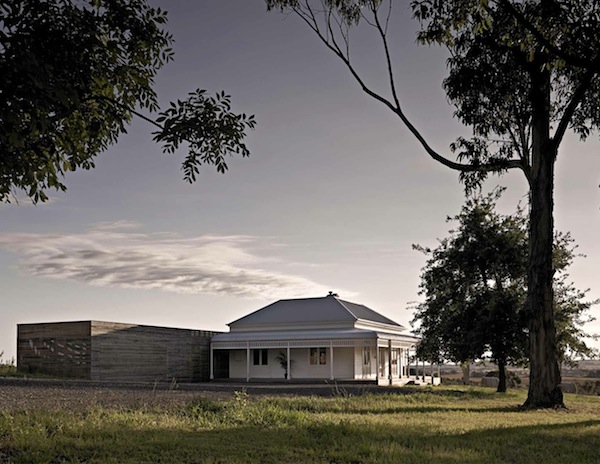 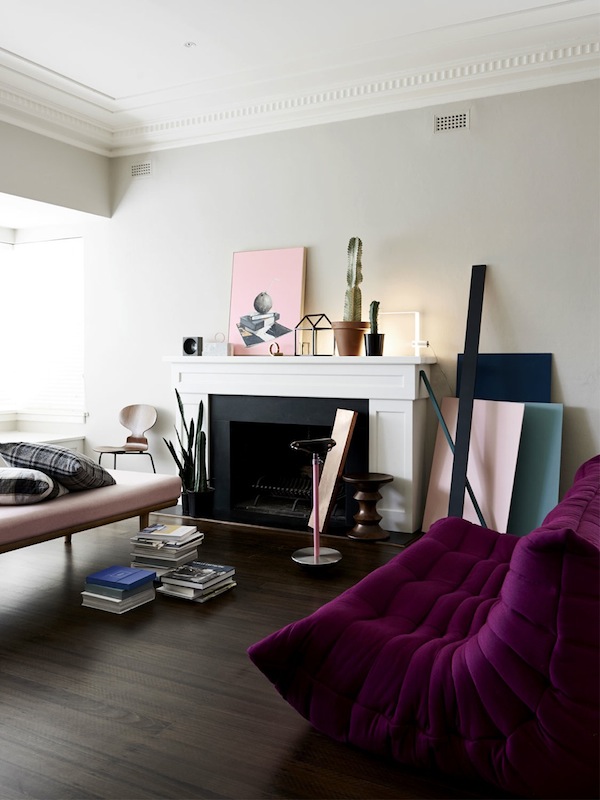 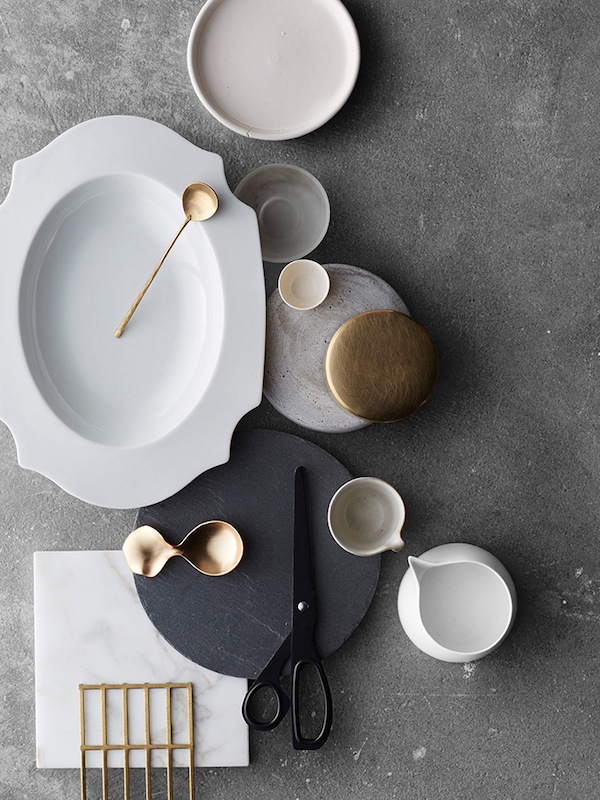 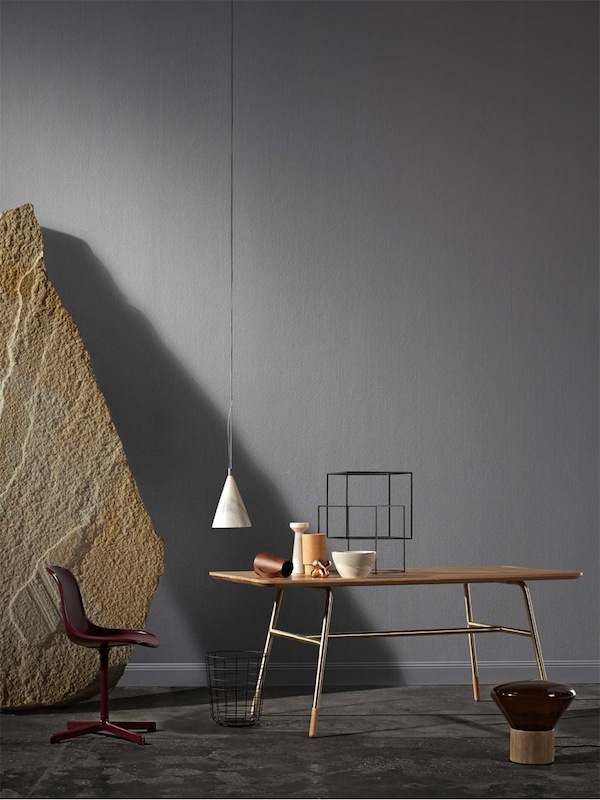 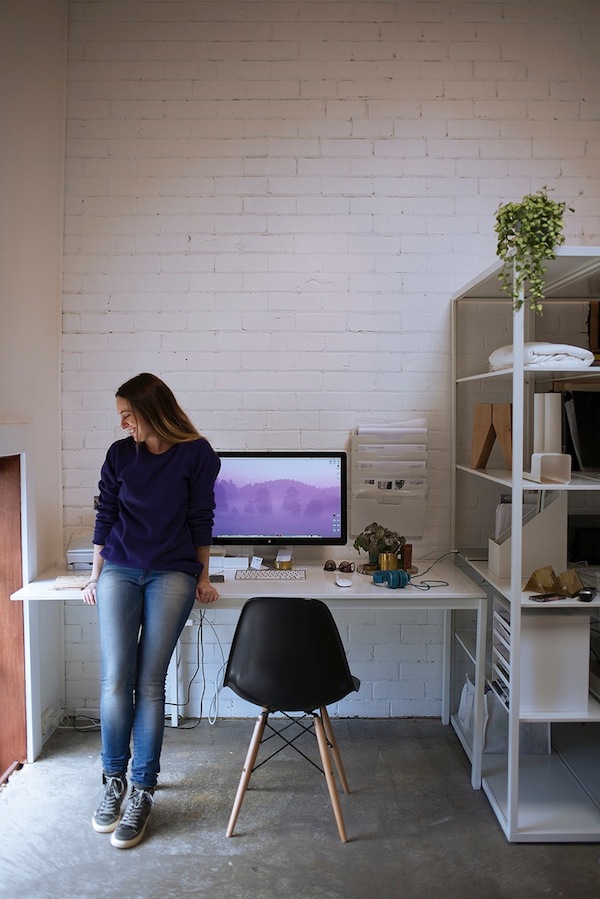 Andrea Moore started working on the Courtyard House, pictured top, when she was studying design at university. After graduating, and when the project was completed, she entered it into the Australian Interior Design Awards 2012 and Studio Moore received a commendation for Emerging Interior Design Practice. “It was totally unexpected and really humbling to be recognised for such a personal project - it meant a lot,”  she says. While Andrea continues to work on interior design projects from her Melbourne base - and enjoys solving spacial design issues - she admits that the long hours spent sitting in front of a computer can be challenging. “Styling, on the other hand, is quite intuitive and challenges me to think on my feet,” she says. But having both skill sets helps her to think differently. “I also find both disciplines, in some ways inform one another,” she says. Andrea grew up in Meeniyan, a small country town in South Gippsland, but is now based in Melbourne and works out of Rokeby Studios in Collingwood. After graduating from Swinburne University of Technology and working for architect Sean Godsell, she established Studio Moore in 2008.
Which five words best describe you? Perceptive, grounded, unassuming, visionary, loyal.
How did you get your career start and what path have you taken since? Initially I studied visual merchandising at RMIT, after working in retail VM for a short time I decided to further my studies and undertook a Bachelor Degree in Interior Design (Hons). When I graduated I was grateful to get my dream job with architect Sean Godsell with whom I had previously worked as a student, but I soon realised office routine just wasn’t for me. From there I became self-employed and focused my time on my own interior design projects. Having also always had an interest in styling, I also took the opportunity to begin assisting established stylists to gain experience and exposure to the industry, predominantly working with Glen Proebstel. I have since established Studio Moore, where I work between both disciplines, design and styling.
What’s the best lesson you’ve learnt along the way? Trust your instinct, it’s always right.
What’s your proudest career achievement? Designing my parent’s home, Courtyard House. I started designing this project in my honours year at uni, I certainly jumped in the deep end. It was my first opportunity of putting design theory into practice, which was very challenging. It certainly pushed my skills and I learnt so much through the whole process. I am really proud of the outcome and mum and dad really love living there, which is the best feeling. Sometimes they will just call me because they are watching a storm roll in or the wedge tail eagles are doing flybys, it gives them a lot of joy feeling so connected to the landscape and has really changed the way they live, which is the ultimate outcome. The project also led to the design of some furniture pieces, in particular the Peg Stool, which dad still make’s down in the shed.
What’s been your best decision? To work for myself, although it is difficult still at times, I feel lucky I have the opportunity to be able to do so.
Who inspires you? Other creatives doing their thing, and my family.
What are you passionate about? I love to travel and to seek out buildings that have inspired me. I also see beauty in simplicity, and am constantly inspired by Japanese architecture and Scandinavian design.
Which person, living or dead, would you most like to meet? Philosopher Alain de Botton - I enjoy how his work challenges thought - pretty fascinating. My grandfathers, both of them passed away before I knew them.
What dream do you still want to fulfil? Visit Peter Zumthor’s Therme Vals, been close a couple of times but haven’t quite made it there yet. I also have a new online project I have been working on, which I am excited about launching sometime soon.
What are you reading? Happy by Amanda Talbot, and A Bone of Fact by David Walsh.