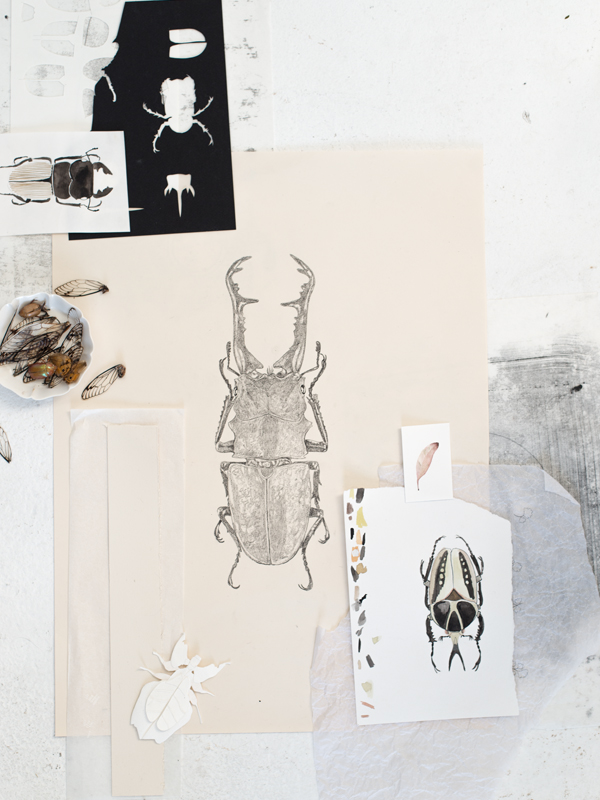 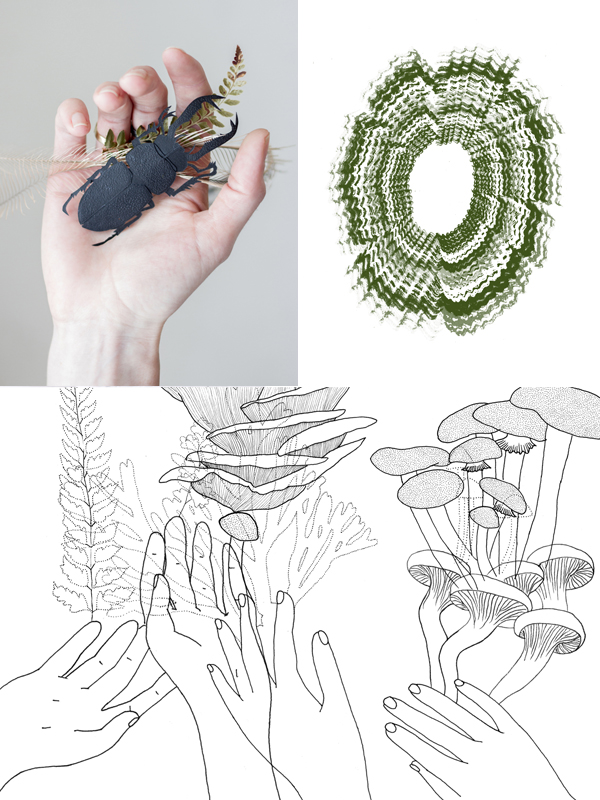 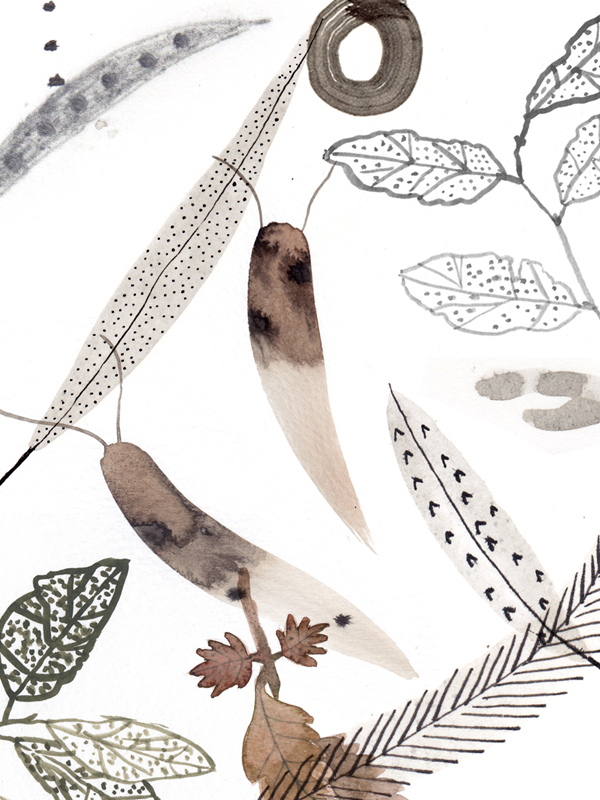 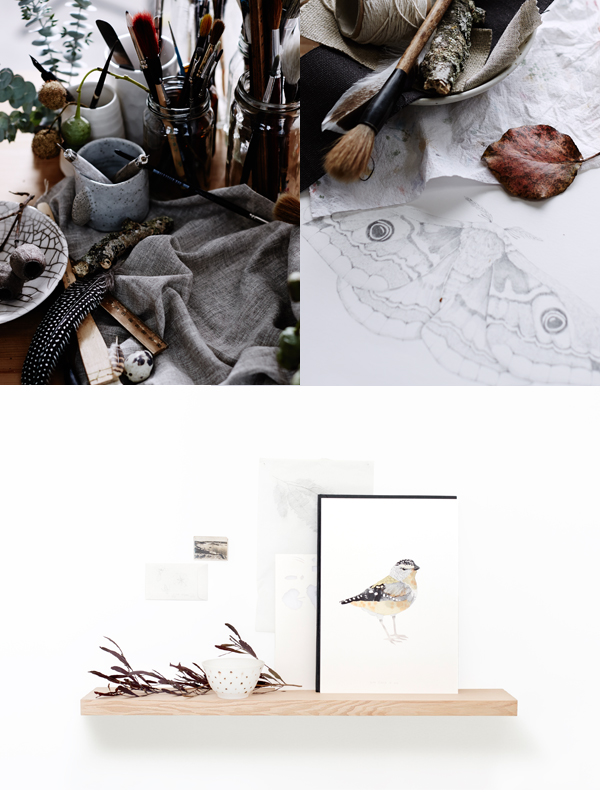 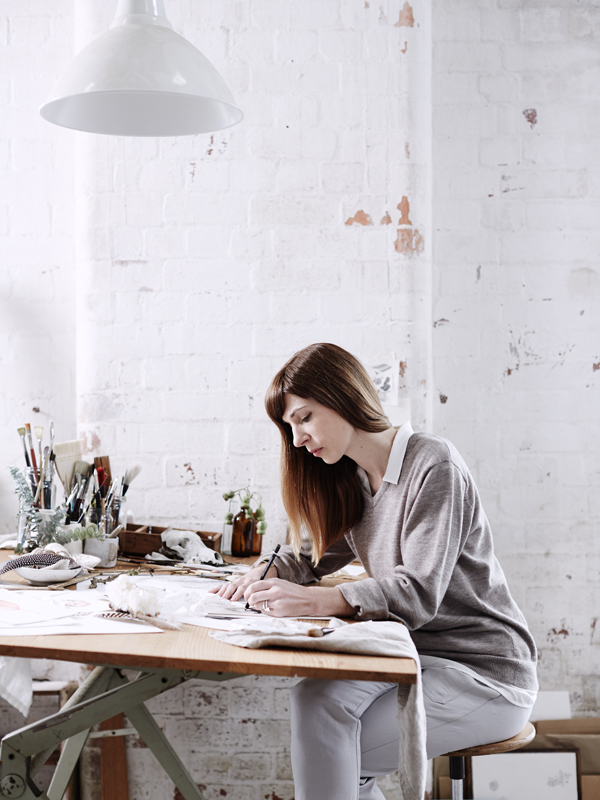 The decision to enter the Qantas Spirit of Youth Award in 2010 gave Beth-Emily Gregory reason to reconsider her career path. She had been running a graphic design studio in Hobart but after dabbling in illustrations in her spare time decided to try her luck. As it turned out, Beth-Emily was shortlisted in the top three for the visual communications category. It gave her the encouragement she needed to take a new direction with her career. Since then she has been focussed on her art practice, fulfilling commissions and selling prints of her works. Now based in Melbourne, Beth-Emily is about to release a range of paper goods too.
Which five words best describe you? Explorer, impossible perfectionist, delicate and optimistic.
How did you get your career start and what path have you taken since? My illustrational practice started while running another business, a graphic design studio based in Hobart. During my spare time, I picked up my pencils and started drawing things that inspired me. I did produce a series of roughs, which I then wanted to create prints from. From these initial drawings I decided to enter, Qantas SOYA in 2010. I was shortlisted in the top three in the visual communications category. The competition gave me the confidence I needed to look at my small practice in a more serious light. I realised that I could really build something sustainable for myself and decided to take a leap of faith. Coincidently, the business I was partnered in decided to take a different direction and so I decided to pursue my passion for illustration.
What’s the best lesson you’ve learnt along the way? As a small business owner, it's important to recognise your strengths, weaknesses and that you're time poor. You need to know when and where to invest your energy and when to get help with the things outside of your profession.
What’s your proudest career achievement? Maintaining a practice were I can work for myself and create things that matter to me. It's also great to have an outlet to collaborate with the people that you want to.
What’s been your best decision? Being fearless and building something from scratch. It still astounds and humbles me that people will engage me to create something for them, whether it be an illustration or through art direction. It's nice to know that you can make a sustain business from being creative.
Who inspires you? There are many who inspire me some for their values and some for their commitment and visions. To name a few: David Attenborourgh, Beatrix Potter, Man Ray, Deanne Cheuk, Tom Fitzgerald, Abby Seymour and Stephanie Stamatis. And the complexities of nature are always inspiring!
What are you passionate about? I'm passionate about people, being compassionate and helpful. I'm also passionate about learning.
Which person, living or dead, would you most like to meet? David Attenborough.
What dream do you still want to fulfil? I grew up near the water so I'm part fish and often I romanticise about owning my own wooden sail boat mooring it in Kettering, Tasmania and sailing around the coast line of Southern Tasmania.
What are you reading? Dummies book to Botany. Never be too proud to start with the basics; it's the best way to educate one’s self.
images courtesy of beth-emily gregory; portrait photography sean fennessy and styling stephanie stamatis