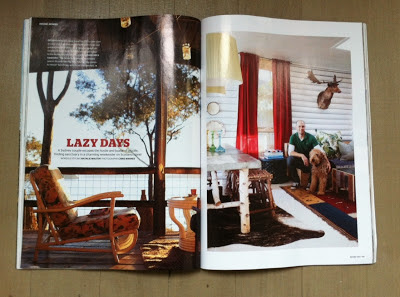 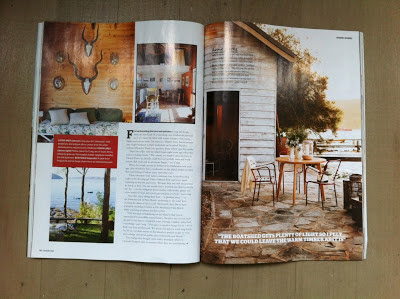 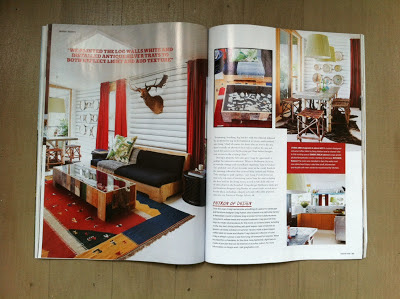 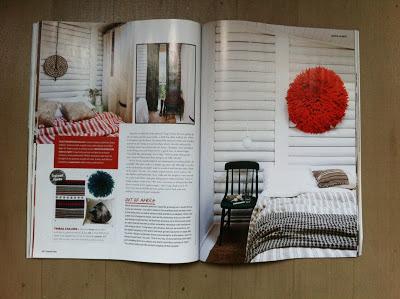 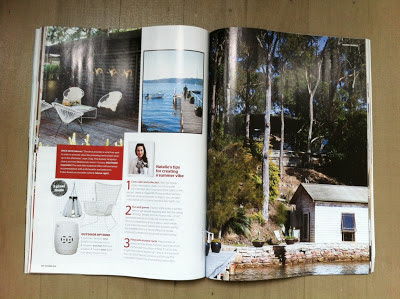 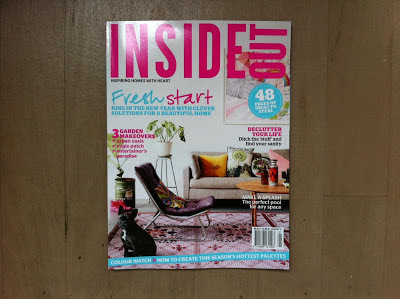 It says something about the Scotland Island weekender that belongs to Craig and Leigh that shortly after I visited for a third time to produce a feature for Warnes & Walton, I booked a holiday to return. There is so much to enjoy about this place - not just its location, but also the way it has been transformed into a place to rest and relax. And that's just what I did on my return visit. I read several of Craig's books from cover to cover, and stopped to enjoy life.

The log cabin is listed on Stayz - so you can visit too.

Also, I must thank not only Craig and Leigh for making this feature possible - which appears in the JanFeb 13 issue of Inside Out - but also some of my regular haunts when styling for shoots - Project 82, Orson & Blake, Le Forge and Elements I Love.