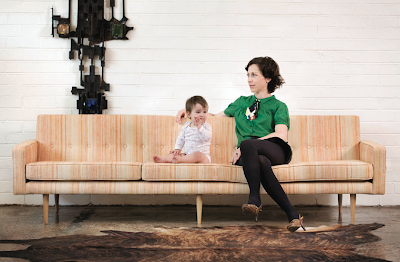 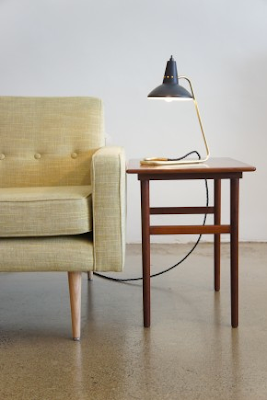 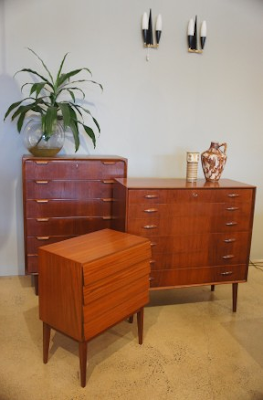 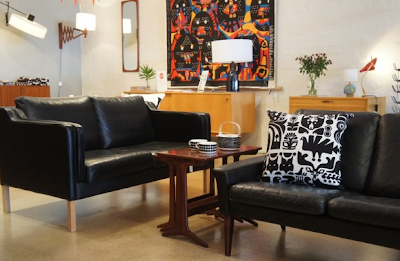 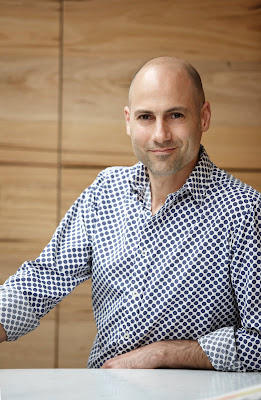 There are some shop owners who see their job as a vocation. They do not merely sell stuff. Instead, they are curators, guardians, experts, even restorers. Dean Angelucci is one of these people. He has been a well-known figure on the Melbourne design scene for almost all of his adult life. In 1993 he opened his first store, Plasma, which focussed on the 1940s to 1960s and sourced locally. "Think Featherston and Meadmore, with lots of custom-made pieces from Caulfield 50s houses by Rosando and Zoureff," he says. When he moved to a larger showroom in High Street, Prahran about five years ago, the business was renamed to Angelucci 20th Century and shifted its focus to a broader, largely European, product range. While the bricks 'n' mortar store is now in Melbourne's Fitzroy, Dean is about to launch online shopping. (Read an interview with wife Lisa Gorman here.)
Which five words best describe you? Passionate, obsessive, focused, tireless, dreamer.
How did you get your career start and what path have you taken since? I put myself through uni by wholesaling Art Deco and 1950s pieces. During my final year in 1993, I opened our first store, Plasma. We've grown steadily ever since.
What’s the best lesson you’ve learnt along the way? Being able to deliver the correct balance - giving customers what they want versus giving them what I want! Too heavily weighted either way can be a disaster.
What’s your proudest career achievement? Difficult. There's no Pritzker Prize in my industry. Little things mean a lot - such as being asked by the Robin Boyd Foundation to perform conservation work on furniture from their collection, selling scandinavian glass to a local museum, or simply handling, albeit briefly sometimes, really top-end work by legends such as Schulim Krimper.
What’s been your best decision? The move from sourcing locally to importing.
Who inspires you? Truly creative (and sometimes a little mad) Melburnians such as Michael Delaney-Korabelnikova (behind the interiors of clubs such as Honky Tonks and Bottom End), (my wife, fashion designer) Lisa Gorman, (artist) Rhys Lee, Roger Ward (interior designer from Richard and Roger).
What are you passionate about? My family (my wife Lisa and I have three- and six-year-old girls). Uncovering unusual things in faraway places. Wine.
Which person, living or dead, would you most like to meet? William Candy, the mid-19th century funerary stonemason who built the house I currently live in.
What dream do you still want to fulfil? Importing vintage design from at least two more continents. I have Design A.D.D. - I need to explore, understand, and buy new things all the time otherwise I risk losing interest.
What are you reading? The master and margarita by Mikhail Bulgakov. And The world of interiors.
images courtesy of angelucci 20th century