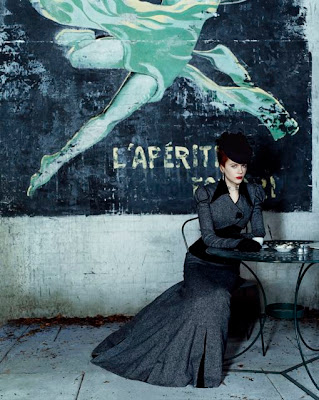 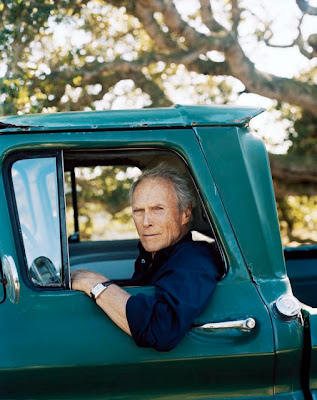 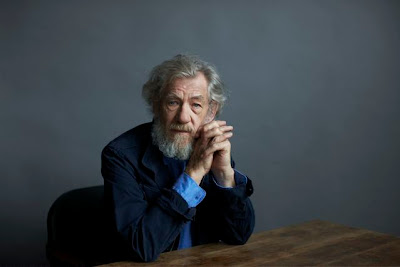 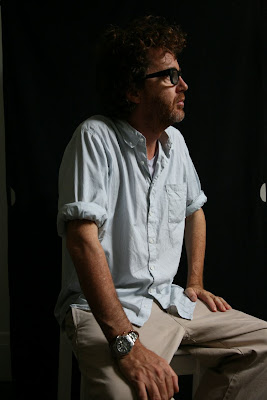 Hugh Stewart is a New Zealand-born photographer who has travelled the world with his trade. He has made a name for himself in the UK and US, and is now based in Australia. Some of the iconic images of our times have been created through his camera, such as the shot of Nicole Kidman for Chanel No. 5 with the necklace dangling down her back. Hugh is the man that Baz Luhrmann goes to for film stills and portraits that will grace movie posters and collateral. His images have featured in Vanity Fair, Vogue (British and Australian editions), Conde Nast Traveller, Elle Decoration and Martha Stewart. Advertising clients have included Ralph Lauren, J. Crew, David Jones and Country Road. Hugh has also just launched an online gallery of limited edition fine art prints. But perhaps best of all, Hugh is one of the few people left in the world who likes to speak his mind.
(I had the honour to work with Hugh when he brought some of my ideas to life with this shoot for real living magazine.)
Which five words best describe you? Pretends not to be difficult.

How did you get your career start and what path have you taken since? I did an old fashioned printing apprentice after I left school. I hated every moment of it so I went to London. I assisted some very fine photographers and was young and egotistical enough to think I could do this myself, not only do this but much better than you! This is why it’s so great being young because you absolutely can do anything you like. I grew up on a farm. I left school when I was 16. They only exam I passed was my license and yet I was so gung ho that when I found something I loved I just went and did it. If I tried that now at 50 I would be so analytical and concerned about failing and my lack of training I would not even try. I hate that about getting older and it’s a constant fight to not lose that youthful enthusiasm and energy. There is no reason to, but you start using some nagging part of your bloody brain that queries everything and really it just holds you back. Just do it, I say, but my shout is not as loud as it once was.

What’s the best lesson you’ve learnt along the way?
That I’m not always right and should be open to the opinions and advice of others. And that you must always make the most of your opportunities. Sometimes things come up, and in my experience they don’t come up twice. I’ve never regretted asking someone if I can photograph them or stopping the car and photographing a landscape that’s flashed past. I have a long list in my head of missed opportunities that exists only because I didn’t ask, didn’t stop the car or thought I will get that another time. It never happens.

What’s your proudest career achievement? I don’t know, but I remember a defining moment. I had shot my first big story for British Vogue on the Baftas with Fiona Golfar. And I had to meet Alexandra Shulman, the editor, at the Wolseley to show her the proof sheets. I was so nervous I almost had a panic attack. I was shaking and had to tell her I had food poisoning so might have to leave at any minute. Lucky she is used to dealing with weird Englishmen so a nervous shaking New Zealander did not faze her. She loved the images and ran them over 20 pages. David Bailey called the art director and said, "Who the fuck is this Hugh Fucking Stewart and why the fuck did he get to do that fucking shoot. I’m not fucking dead you fucking know." In that issue I had a contributors page alongside Bailey and Snowdon. Snowdon was the first photographer I’d ever heard of.
What’s been your best decision? Putting a sign on our front door that reads: Is this visit really necessary?

Who inspires you? I’m inspired by people that quietly go about their business without attracting attention to themselves, without making a noise and without pushing some sort of ideology down your throat. I contributed to a book on the Wayside Chapel. I think if I were ever considering a religion I would head straight there. If there is anyone that deserves the title of Saint it’s Graham Long and the people that work with him.
It's like last time I saw Nick Cave and he was doing what he does and I looked around the audience of people my age and some had tears rolling down there cheeks because it was so brilliant seeing someone our age up there with more energy originality and vitality than some Arctic monkey. That’s inspiring

I was shooting some Irish singer once and I made her sing my favorite song of all time, "Danny Boy". It was haunting and beautiful and made you think how talented people are. This little girl whose name I cannot remember who could sing unaccompanied and make 10 people in a studio in South London choke. That’s inspiring too.

What are you passionate about? Firstly, my family. My patient wife, my eldest daughter Lily’s HSC mark and my noisy fighting out of control younger children. But I suppose in my own lazy halfhearted way its reading books, watching films and looking at paintings.

Which person, living or dead, would you most like to meet? I've met some of them: Johnny Cash, Judi Dench, Clint Eastwood and Paul Newman were terrific. I loved meeting Alan Bennett and John Updike. Some people I’ve actually forgotten I’ve met then will look through old images and remember I photographed them.
I took Snowdon's portrait about a year ago and the deal was I had to take him out to lunch afterwards. I drove with him in a car past Buckingham Palace while he told me stories about “when I was married to Princess Margaret”. We then spent the best part of a day at Le Caprice while he drank seven double Bullshots! Half vodka and half beef stock and as many ports. As ”I” was paying the bill he was still ordering just one more port! He calls people fucking c..ts and tells amazing stories.

Bob Hawke told me this joke. How can you tell if your wife’s dead? The sex is still the same but the washing's piling up. (Ask Mark Mordue if that’s true or not!)

There are two people right here in Australia that I’ve met and worked with in a small way for over 20 years. Baz Luhrmann and Catherine Martin. These two are inspiring. They are dedicated passionate and totally committed. They take huge risks and have changed our cultural landscape. Look at Romeo and Juliet. To illustrate that language in that way was absolutely inspired, and I think they are doing it again with The Great Gatsby. I’ve just finished a series of portraits of the cast so had the chance to creep around the set and watch while I was waiting. They are living and breathing that film. I hope for and they deserve all the Oscars it should get.

What dream do you still want to fulfil? I would have loved to have photographed Lucian Freud. It's too late now but that really would have been a dream fulfilled. I want to get the book I’ve been working on for years finished, photograph the Queen, and go back to The Wayside Chapel and do something useful for them. I want to take the family to Paris and live there for a bit and buy another old motorbike and tool around on that.

I’m quite into taking still lifes of flowers at the moment and I still want to take Judi Dench up on her offer to go to her house and do her portrait properly. (Not in character.)

I also want to learn the three chords on a guitar that you supposedly need to play all the decent songs ever written and have a band with other past it people and play music. (This will never happen!) That reminds me, I’m going to see The Pogues in a month.

What are you reading? The answer to this always sounds like a big wank. Let's show everyone what a literary appetite I have and how interesting I must be to be devouring so and so. Therefore, I will tell the truth. I’m reading Boy by Roald Dahl because my brother-in-law just read it and said I should.