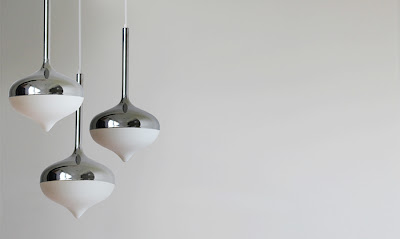 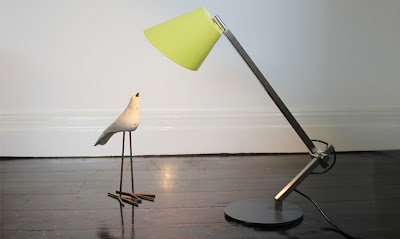 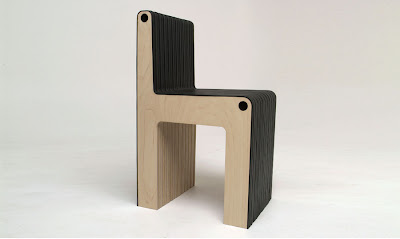 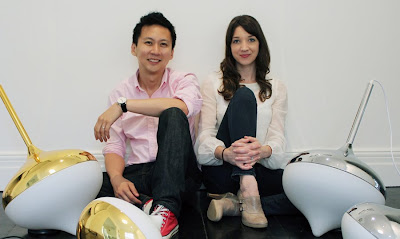 Individually their achievements are impressive. Alex Gilmour has won the Qantas SOYA award for industrial design, and been a finalist for several others, including the Dyson Australian Design Awards. She has also done a stint in London, working for Marc Newson. Dominic Chong, meanwhile, has exhibited at The Edge (as part of the Australian International Furniture Fair) and Object Gallery, as well as creating designs for the likes of Breville and Siemens. Together the Sydney-based couple created the Evie Group in 2010 and not only create homewares, but also provide graphic design and branding services. Recently they opened a pop-up shop in the Gaffa Gallery, which will be open until March 3.

How did you get your career start and what path have you taken since?
Alex: After doing quite a bit of freelance graphic work while studying at uni, my first "career" was in production management in the point-of-sale/exhibition industry. Having studied Mandarin gave me a bit of an advantage as the majority of the manufacturing was based in China so I got to travel frequently and oversee projects and problem solve. After working full time for a few years and completing a masters, I missed the flexibility and change of work environments when doing freelance work and decided working full time in the one role wasn’t for me. This is where I left to start Evie Group with Dominic. I wanted something a bit more rewarding and had always wanted to work for myself producing my own designs.
Dom: With my manufacturing engineering background, I worked briefly in an injection moulding company's QA department before I was conscripted into the Singapore Armed Forces in the anti-tank combat unit for 2 1/2 years... it was definitely not as glamorous or easy as portrayed in movies. After that, my strong interest in industrial design led me to Sydney where I completed the relevant bachelor and master degree at UTS while working in a product design consultancy. Thoughts of starting a company with Alex started to creep in my head so after some time in the corporate world directing branding and graphics, we decided to take that step and started Evie Group.

What’s the best lesson you’ve learnt along the way?
Alex: How to be more confident in my work.
Dom: Working hard is important but it is also about who you know.

What’s your proudest career achievement?
Alex: Winning Qantas SOYA in 2010 for the first ranges I designed and produced – Emily tea set and Frederick Glassware and having a short internship with Marc Newson in London.
Dom: I always think that this is a journey more than a point in time, so I can't say... and no this is not a cop out. Ha!

What’s been your best decision?
Alex: Quitting a full-time job, taking a risk and starting Evie Group.
Dom: Deciding that design is what I want to do for a living.

Who inspires you?
Alex: The classic and modern designers such as Eames and Tom Dixon, my family and close friends and, of course, Dominic – we work quite well together and are honest in our critiques.
Dom: Alex. Talented people with innovative designs or thought. People who start with humble backgrounds making it. My parents.

Which person, living or dead, would you most like to meet?
Alex: We are actually stuck on this one but the first person that pops into my head is Jimi Hendrix – would love to have a jam with him!
Dom: Jonathan Ive – designer for Apple.

What dream do you still want to fulfil?
Alex: Open up our own Evie Group shop and to keep designing and producing a collective of products for the home.
Dom: Design and produce beautiful products while travelling the world.

What are you reading?
Alex: At the moment I haven’t had much time to read, but in a spare moment I can read a page at a time of Whatever you think, think the opposite by Paul Arden.
Dom: The World According To Vice by Vice Magazine
images courtesy of evie group