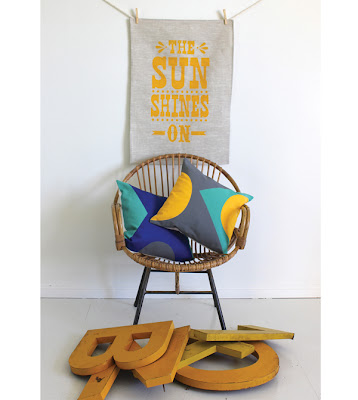 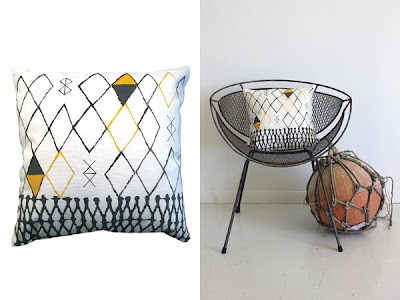 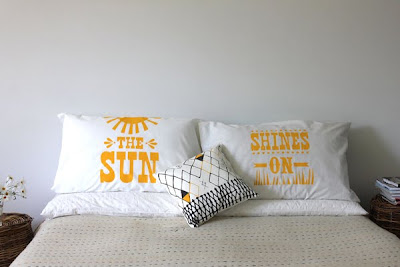 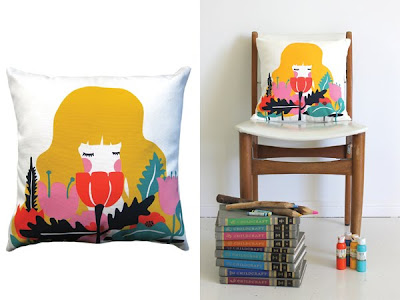 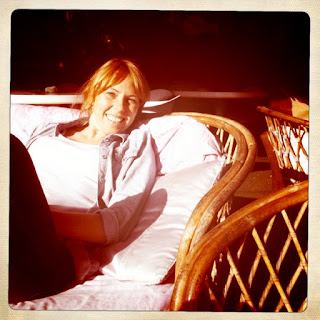 Beneath The Sun is the tale of a designer who has come full circle, and then some. Leah Bartholomew grew up in Northern NSW but moved to Melbourne to study. While there she also worked for Melbourne designer Beci Orpin, who became somewhat of a mentor. Now Leah has returned to her homeland and has set up a design business that uses her illustrations in a range of homewares and stationery which are produced locally and in an environmentally sensitive way.

How did you get your career start and what path have you taken since? I moved from Northern NSW to Melbourne after studying fine arts and after exploring the city for a year, did some screen printing and decided to do a Diploma in Graphic Arts at RMIT. I had been a fan of Beci Orpin's work for sometime and in my last year heard she was looking for an assistant. I was happy to just show her my folio, never believing I would actually get the job. She called me immediately and wanted to meet me. I worked with Beci for five years, she was the best mentor I could have asked for. Now I have done the full loop and returned to NSW where it all began to start my own business.

What’s the best lesson you’ve learnt along the way? Not to put too much pressure on myself to have a "style" in my art-making. If you put yourself into your art/designs, the style will inevitably show itself. I feel like I've got about three different approaches to my art-making; in the end they seem to combine into the one.

What’s your proudest career achievement? Making my first solo show happen. "Where The Dry Leaves Fall" was a long time coming; it was a body of work I really needed to get out. It played on a lot of nostalgic feelings I was having about the place I grew up and how it was affecting the place I was in at the time. It was like every piece in the show was clearly set out in my mind; I just had to make them. I was so happy the night it opened: Melbourne delivered a perfectly warm night to suit the show. It was incredibly assuring to see all the red sold dots appearing on the walls, lots of people of all ages were feeling similar connections to their own childhood.

What’s been your best decision? To move back to the hills of the Tweed Valley and start Beneath The Sun. As much as I adore Melbourne, the time had come to return to the place my heart was with. Here I'm surrounded by the perfect elements to suit the label. After some tough times in Melbourne, it's been an incredibly rewarding and happy experience to set up my studio from home and make the things I love in a gorgeous surrounding. It feels like I'm in the right place.

Who inspires you? Such a long list of people and things! Artists like Geoff McFetridge, Marcus Oakley, Kirra Jamison, Marcus Walters, Sonic Youth, Kandinsky, Steven Harrington. My mum and her huge capacity of kindness. Humorous people.

What are you passionate about? The place I live. Shark documentaries. Well-designed houses. Colours. People and their idiosyncrasies.

Which person, living or dead, would you most like to meet? My Pop. He died when I was young and I would do anything to know him now. Since being back home I have spent a lot of time reconnecting with my dad, it would be great to hear about him through his dad. He was a really funny man with a lot of character, I think we would make great friends. Besides him, I would love to have met Margaret Olley for her free-spirited nature and her obsession for her art-making.

What dream do you still want to fulfil? Living in California and working with some of my favourite designers, taking regular trips down to South America.

What are you reading? Lots and lots of blogs, magazines and Graphis books. I'm not a big reader unless it's design books.

images courtesy of beneath the sun