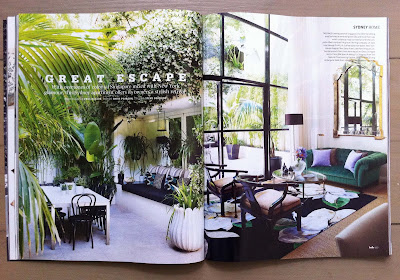 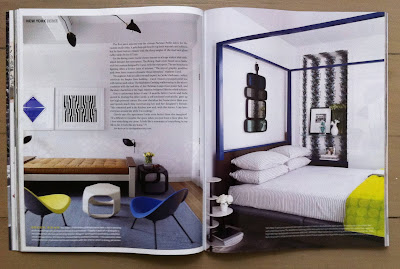 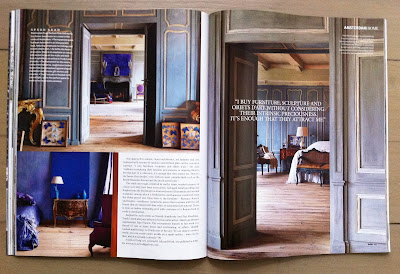 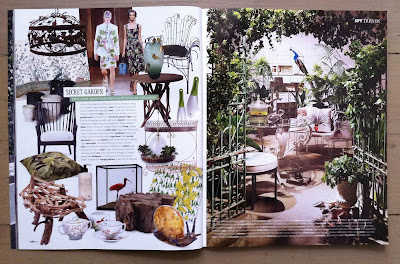 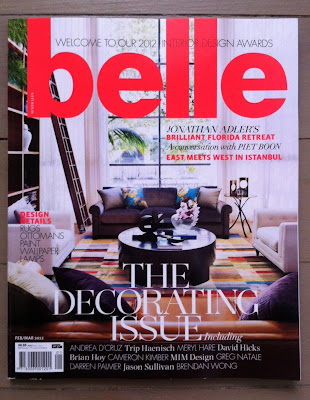 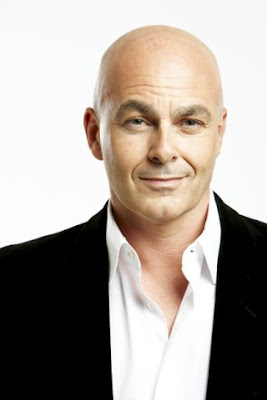 It is always interesting to see what imprint an editor has on a magazine. Sometimes publications can seem beasts unto themselves, in that they steer the look and feel. But other times an editor comes along who takes the magazine on a new journey. This has been happening at Belle since editor Neale Whitaker arrived. Previously the publication was highly geared towards an architectural aesthetic and readership. Today it is more expansive, featuring high decoration as well as modern simplicity.

While Neale started his magazine career in the UK, working on the cult title i-D, and launching Food Illustrated for leading retailer Waitrose, he has made a name for himself in Australia. He has edited Marie Claire Lifestyle and Vogue Entertaining + Travel. Neale has also worked as creative director for Bill Granger, written a book The Accidental Foodie, and been a judge on TV's homeMADE and The Block. He is currently editor-in-chief of both Belle and Good Food magazines. The images, above, are from the Feb/March issue of Belle.
Which five words best describe you? Impulsive, honest, impatient, emotional, cynical.
How did you get your career start and what path have you taken since? My career has taken so many twists and turns, but my first "break" was getting a job as a reporter on cult British style mag i-D back in the early 1980s. It was short-lived, but enough to get the magazine juices flowing.
What’s the best lesson you’ve learnt along the way? From the CEO to the receptionist to the most junior assistant, everyone deserves respect and courtesy. It’s an old-fashioned lesson but I happen to believe it.
What’s your proudest career achievement? Launching a magazine called Food Illustrated in the UK, early in 1998. It punched far above its weight in terms of its influence in food magazine publishing around the world, then and since.
What’s been your best decision? Moving to Australia.
Who inspires you? I feel I’m supposed to name a current designer and of course, many do inspire me (Noe Duchaufour-Lawrance springs to mind), but throughout my career my inspiration has been Terence Conran. Nobody has had the same impact on what we now refer to as "lifestyle". His influence on food, restaurants, hotels, retail and design has been unparalleled. I also have great respect for Martha Stewart, Paul Smith, Tricia Guild and the late Joseph Ettedgui. I’m inspired by individuals who retain lifelong creative integrity around their brands.
What are you passionate about? Keeping things in perspective and remembering that we are all here for a very, very short time.
Which person, living or dead, would you most like to meet? Picasso, Peggy Guggenheim, Michael Buble, Justice Michael Kirby, Barack Obama, Billie Holiday, Sade Adu, Elizabeth David, Chimamanda Ngozi Adichie, David Sedaris, Patricia Urquiola, Pedro Almodovar, Teena Marie, Tom Ford and Robert Pattinson. Oh sorry, just one? Elizabeth David. By all accounts she was a difficult old trout but I think she’d have been a riot.
What dream do you still want to fulfil? My dreams change daily, if not hourly. To write more books is a constant.
What are you reading? A biography of Peggy Guggenheim and Michael Kirby’s Private Life.
images courtesy of belle magazine