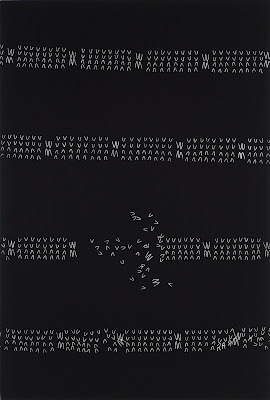 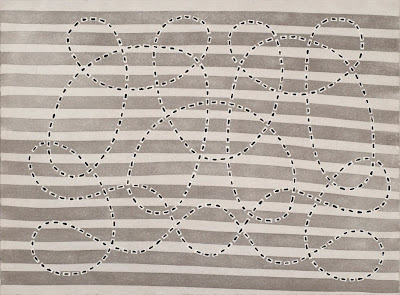 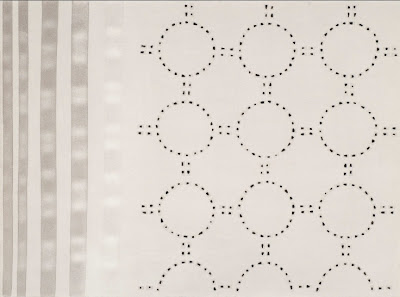 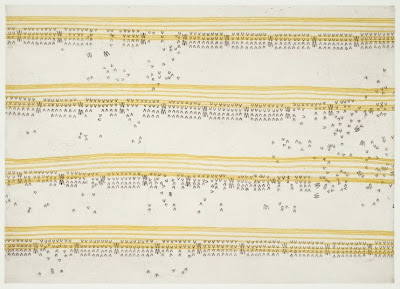 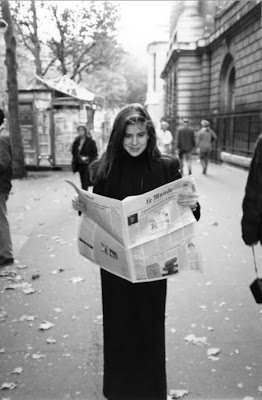 The art of Jacqueline Rose is often informed by other artists, and art forms. She did one series inspired by the last story of writer Franz Kafka. And her latest works play with the idea of movement, from the notations of dance steps to musical scores. She is currently exhibiting at the James Dorahy Project Space in Potts Point, Sydney.
Which five words best describe you? Animated, self-contained, minimal.
How did you get your career start and what path have you taken since? I don't particularly like the concept of art as a "career" - I don't think of what I do in that way. When I was in my final year at school I had a vague inkling that I wanted to do art at university. I had little idea of what I was letting myself in for, but that inkling has grown and grown. Today, I am not sure I can imagine myself doing anything else.
What's the best lesson you've learnt along the way? The importance of following one's own path. Sometimes the path might intersect with what is fashionable and at other times one will be invisible. Either way, one continues on regardless.
What's your proudest career achievement? Moments of surprise, discovery and connections are more important to me. Having said that, I felt a sense of achievement when the National Gallery in Canberra first purchased a larger multi-panelled drawing when I was in my 20s.
What's been your best decision? There hasn't been a singular best decision that comes to mind. There is a French saying "Petit à petit l'oiseau fait son nid" - little by little the bird builds its nest.
Who inspires you? The writer Franz Kafka (1883 - 1924): I did a series of etchings inspired by his last short story, entitled Jospehine the Singer. The pianist Reinbert de Leeuw, particularly his playing of Galina Ustvolskaya and Erik Satie, which I listen to again, again and again.
What dream do you still want to fulfill? To articulate my dream(s) would take away the magic.
What are you reading? Meidosems: Poems and Lithographs by Henri Michaux, a book of imaginary beings that one never forgets!
images courtesy of jacqueline rose and james dorahy project space