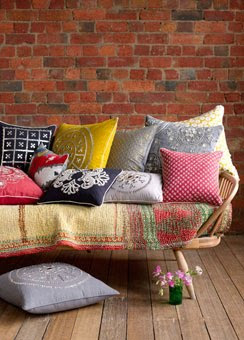 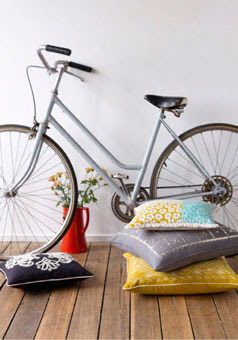 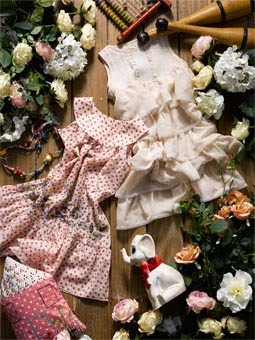 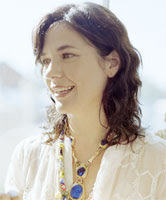 Sometimes it's not easy to appreciate what you've achieved until you take a moment and look back. After studying fashion design and working as a textile designer in Melbourne, Megan Park moved to London. She designed textiles for an agency that created products for Givenchy, Dries van Noten and Kenzo. If that wasn't an achievement in itself, when Megan launched her eponymous collection of bags and scarves in 1997 it was quickly picked up by the world's leading department stores. She has since returned to Melbourne and launched a homewares as well as a girl clothing line.

Which five words best describe you? Passionate, determined, loyal, forgetful, compassionate.
How did you get your career start and what path have you taken since? This could be a long, long story... but I will try and make it quick. I graduated from RMIT fashion before getting my one and only fulltime job as a designer for the bridal house of Mariana Hardwick. Working with her was a fabulous experience as I was given the complete freedom to create without any real limitations and also it allowed me to travel the world for inspiration. Having worked with her for 2 years I set off on my travels which took me to London (a childhood dream) – I stayed for 13 years. In London I started working with an Indian company as a textiles design consultant - a life of 6 months in India developing the collections which I would then spend 6 months in Europe showing to the design houses. I look back on this now and am amazed at who I met and worked with during this time. Gaining 7 years of experience in India and working with the most talented embroiderers I decided to venture out on my own and the rest is history. What began as a small accessories collection developed season upon season into something much bigger, but always evolving at its own natural pace. I have been encouraged by some amazing people who have believed in my collection and that has given me the conviction needed in this sometimes tough industry. I was fortunate enough to sell my first collection to Barneys New York, Neiman Marcus, Joyce, Harvey Nichols and Liberty. I think I was in the right place at the right time, but their stamp of approval set me off on the right path from the beginning.
What's the best lesson you've learnt along the way? To listen to your heart, as then you can never go wrong.
What's your proudest career achievement? Dressing the editor of British Vogue Alexandra Shulman to meet The Queen of England on International Women’s Day. I am not a royalist but this was a pretty cool thing to read: she wrote an article for The Independent newspaper in England about getting dressed to meet the Queen as being watched and commented upon by her young son, and summed it up by writing that she eventually chose to wear Megan Park teamed up with Prada.
What's been your best decision? To have children with my beautiful partner Anthony.
Who inspires you? So many people inspire me. I support an NGO in India called Tomorrow’s Foundation run by very good friends of mine that work to educate the street children of Calcutta. They are truly inspirational and I always feel so humbled and energized to give more when I see what they do. I am also an Ambassador for The Australian Childhood Foundation – again the work that they do makes the fashion industry seem quite facile sometimes! My mother inspires me to better mother – she is totally selfless when it comes to her children and is also open and accepting of everyone. In my years of work and travel I have met some amazingly inspiring people, including even the Dalai Lama. I love meeting new people that I can learn from in some way, whether they be creatives or people that are doing something that is beyond the norm.
What are you passionate about? Sunday morning’s in bed with my family, India, Melbourne cafes, antique textiles, vintage markets, a good cup of tea.
Which person, living or dead, would you most like to meet? Oh, this is a hard one. I could be lofty and spiritual, but then again I could just be honest: David Bowie!
What dream do you still want to fulfill? I am actually quite content with where I am. I have lived a very lucky life. I do work quite hard and whilst I love my work and the places that my travels take me I do look forward to a little less of this so as to be spending more with my children and partner. They are the most important things in the world yet the world of fashion can be a hungry beast that requires a lot of feeding at times.
What are you reading? Snugglepot and Cuddlepie and many other bedtime stories. Alas, grown up novels have been a thing of the past for the past 3 ½ years. Even the Sunday papers are an achievement.