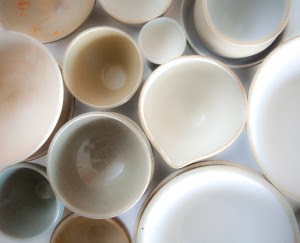 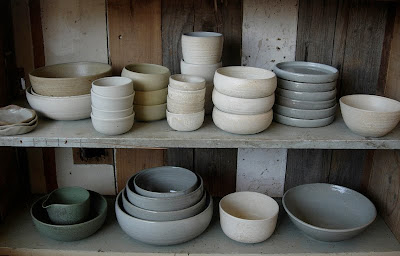 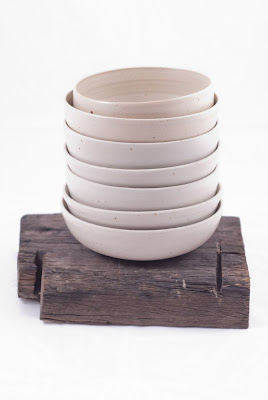 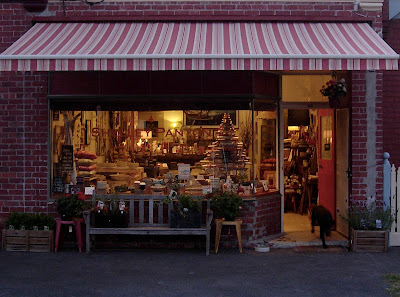 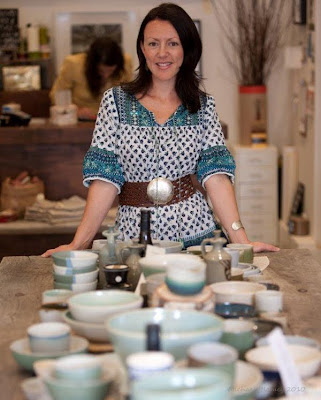 You never know what's around the corner. Or how you will bounce back from a fall. Take the story of potter Shelley Panton. She had worked as a visual merchandiser, cook and produced events, but when the recession hit she had to rethink her plans. The result is beautiful and the journey just as interesting.

How did you get your career start and what path have you taken since? I grew up in Queensland and was the five-year-old girl who had a stall next to our driveway selling odd bits and pieces. When I finished school all I knew was that I wanted to be creative and earn enough money so I could travel the world. I ended up starting a fashion design diploma before I was offered a job as a window dresser & visual merchandiser with Country Road, where I stayed for 3-4 years. At 21 I took a trip to New Zealand and fell in love with Auckland so I packed my bags and took my cat across the ditch. By day I was an artist and freelance visual merchandiser, while I worked nights in a fine dining restaurant. After three wonderful years it was time to put on that backpack on and head to Italy, where I lived, painted, ate, cooked and travelled my way around the country. Looking back it was such an invaluable education. At 25 I moved to Melbourne and spent my first three years working in two hat Italian restaurants whilst I tried to get various creative projects off the ground. I bumped into Amanda Henderson of Gloss Creative (who was the creative director at Country Road eight years prior, and a woman whom I had admired for many years). After several phone calls and emails she eventually agreed to meet me for a coffee to discuss an upcoming project. I ended up freelancing and working alongside Amanda and a few other companies such as The Big Group for about four years. Then came the recession. I was practically out of work for almost nine months. Back to the drawing board! I decided whatever I did next had to be the start of my 20-year plan. I wanted to build a stable and solid foundation. Over the years I had thought about taking up pottery, and since I had a bit of spare time I figured I’d enrolled in a short course. Like cooking, throwing clay on a wheel felt very natural for me. Nine months later I went looking for a house to rent and stumbled across 88 Park Road, a century-old former butcher's store with a house out the back. The rest is history.

What’s the best lesson you’ve learnt along the way? To trust my instincts. They are always right. Everyone will offer their opinions and advice, but ultimately we each know in our hearts what works for us and what doesn’t. Since opening the studio I have made most of my decisions based on instinct, which works well when you are time poor. I’ve also learnt to be patient and keep an eye on the big picture. If something doesn’t work, it’s probably a blessing in disguise. There is often something worth waiting for around the corner.

What’s your proudest career achievement? Putting my absolute heart and soul into my studio and store has been deeply satisfying and has connected me with many people whom I have admired over the years.One highlight would be a commission for Heide Museum of Modern Art. The deputy director Kirstee MacBeth is a local customer who approached me to create a kitchen series for the museum’s gallery store. During my first few years living in Melbourne I had so many knock backs and I often felt that by not having a degree I had somewhat been outcast for the jobs/commissions I aspired towards so you can imagine my delight when a self-trained potter and business owner who was only a year and a half into business was asked to produce ceramics for the Heide Museum.

What’s been your best decision? To be patient through the recession, take some time out, get back to basics and take up pottery while I worked out the next chapter. Little did I know that I’d be so lucky to find 88 Park Road a few months down the track and that pottery was to be the foundation for my new business. My patience paid off and lead me to opening my studio doors.

Who inspires you? Other small business people who make a positive difference to the way in which we live. Starting with the farmers who grow our food, the chefs who cook it, the architects who design our habitable spaces, the builders who build them, the musicians who create music for us to work and relax to, and so on.

What are you passionate about? Turing an idea or concept into something workable, usable, practical and beautiful. And assisting others in doing the same. Alongside producing my own range functional tableware, I stock wares by about 30 other local artisans and designers. I have loved meeting other craftsmen and helping them get their work to market. I am also passionate about cooking for friends and likeminded creatives. And there is nothing like a bit of travel to ignite my passion!

Which person, living or dead, would you most like to meet? My mother’s mother, Grace. She was a Sicilian immigrant who arrived in Bundaberg in the 1930s; she passed away when I was 13. Although she barely spoke a word of English, we had wonderful connection and shared a similar sense of humour.

What dream do you still want to fulfil? To meet my soul mate/life partner, build a home, share a business and create a family together. And I look forward to spending an extended period of time in the Europe again.

What are you reading? Utopian Man by Lisa Lang – a story about eccentric entrepreneur, Edward William Cole, the founder of Melbourne’s Cole’s Book Arcade. I also look forward to getting my hands on a copy of A Place in the Sun by Stuart Harrison.